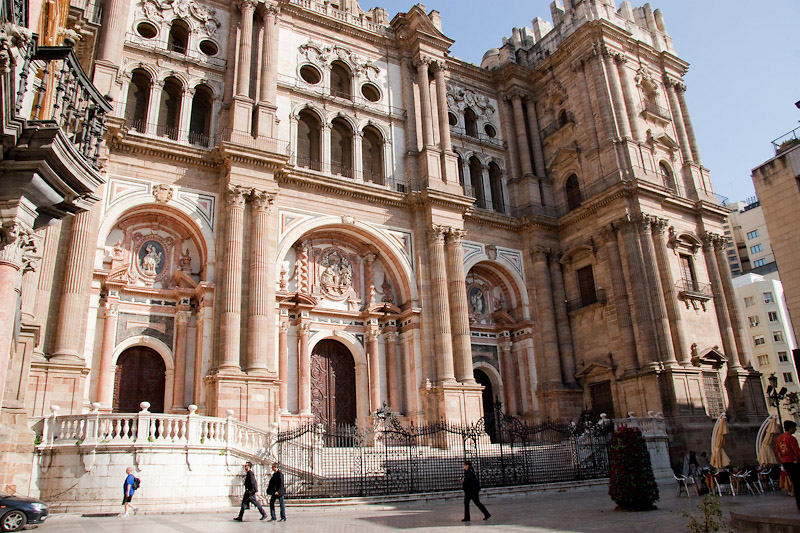 “I Need Spain” tour is Malaga in sultry Costa del Sol (which literally means “Coast of the Sun”). I’ve got lots to tell you about Costa del Sol so be sure to follow me on Twitter for some great tips and some of my favorite hot spots in the region but for now, pour yourself a tall glass of Sangria, click off The Real Housewives of wherever and escape with me to Malaga, a sun-kissed new favorite of mine in the south of Spain.

Now, there aren’t many places in the world where sun, sex, glamour and history co-exist as effortlessly as they do in Costa del Sol, but, then again, if there were, this Andalucian treasure wouldn’t be nearly so special now would it? Aside from being the birthplace of Pablo Picasso, after whom the city’s strikingly modern and expansive airport is named, Malaga is also home to one of the most celebrated collections of the legendary artist’s work. If you know me, then you know that I generally don’t write about museums because…well…everybody else does. If you want to know what museums to visit… trust me, they’ve usually been written about elsewhere.  And though the same might be said of the Museo Picasso Malaga, I think it’s a little different and definitely worth the plug. Why? Because this Picasso Museum was established by the late painter’s grandson and daughter-in-law in a sprawling palazzo built around a sumptuously peaceful atrium. Located at the heart of Malaga Old Town steps away from where Picasso was rumored to have been born and filled with all kinds of treasures that the Picasso family has chosen to share with the world at large, this is a must-see, so do make it a point to put this cultural gem on your calendar before skipping off to the beach or some swell party on one of the many yachts that fill the city’s port.

Elsewhere in Malaga Old Town explore the unfinished La Manquita Cathedral in the town center which earned its name because one of its two planned towers was never completed due to lack of funds back in 1782 – hence the name ‘La Manquita’ which is roughly translated as “one armed woman” (I always love the spin Europeans put on old buildings that were never finished…there’s always some story about why the thing was never finished which in turn becomes part of the building’s history…it’s really kinda brilliant marketing because in America we’d probably just call the things “condemned”). Anyhoo… 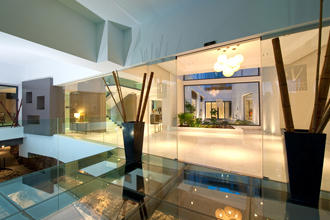 After touring the streets of Old Town, where you’ll literally almost trip over ancient Roman ruins at every turn (even underneath avant garde new hotels like Vincci Hotel’s swank Posada del Patio) have a long leisurely lunch of tapas and wine around the Calle Larios, a beautiful street that surely inspired many open air malls in America. Believe me, you’ll know exactly what I’m talking about when you see it. The only difference is that these quaint streets and cafes are the genuine article. At lunch time every little restaurant is filled with locals and tourists who aren’t in a hurry to do anything fast…other than enjoying the sun, the food, a few beautiful glasses of wine and the company of the people around them…of course.

At night Malaga Old Town comes alive. For one of the best views in the city have drinks poolside on the fifteenth floor terrace of the Malaga Palacio Hotel at sunset and take in the port, the Cathedral and Paseo del Parque from the perfect vantage point…then skip off to El Carmen and Reinas, two popular bars in the town center. How’s that for a perfect day in the south of Spain?

Feeling like you ‘need’ Spain yet?  Don’t deny it…you know you do.

Find out more about Malaga at www.visitcostadelsol.com. Follow me on Twitter @TheDuaneWells this week and throughout the month for tips on some of my favorite places in Costa del Sol and all around Spain. In case you missed the first stop on our tour last week, Formenta, check it out here.

And even if you can only dream of Spain at the moment, MoxieQ is offering you a chance to enjoy a “Taste of Spain” with a slew of great prizes including everything from a copy of Spain, Mario Batali and Gywneth Paltrow’s culinary love letter to Spanish cooking, to a rocking pair of walking sticks, all courtesy of the Tourist Office of Spain (@Spain). To find out more and enter to win, click here.

This blog sponsored by Tourist Office of Spain, who also provided the items for the ‘I Need Spain’ giveaways.