Nothing says ‘Living Wells’ better than three simple letters in the modern English alphabet – V.I.P! Likewise very few destinations in Spain do ‘V.I.P.’ like Marbella, the crown jewel of Costa del Sol. Hence the reason that Marbella and I get on like a house on fire. Seriously!

For those who are not aware of the town’s beguiling charms, Marbella is a premium destination for international A-listers and has been for more than five decades. The much ballyhooed reputation of the glitzy destination as the playground of kings, lesser royals, rock stars, socialites and celebutantes alike is borne out not only by the perfectly manicured, sun-kissed stretch of sand along the shores of the Mediterranean Sea that borders it, but also by the glittering high-rises, mega yachts and high-end boutiques that line its shores and dot its skyline. 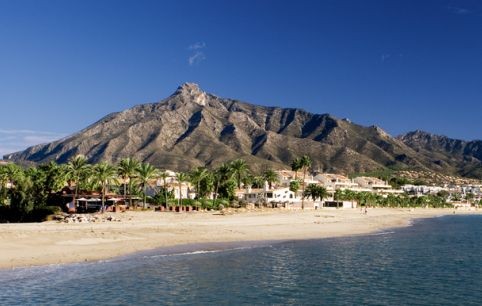 Even current American First Lady Michelle Obama couldn’t resist the charms of this destination. In spite of the fact that her visit caused a Marie Antoiniette-sized wave of outrage in some quarters on American shores, Mrs. Obama’s tour of this chic destination is notably memorialized across the Andalusian municipality in photos in shop windows and in the stories of the locals she engaged on her sojourn. Clearly La Obama caused quite the stir and made quite the impression on this town…which says a lot given the amount of high wattage star power Marbella has seen over the years.

Like similar top drawer destinations along the lines of the Hamptons or the French Riviera, contemporary Marbella has something of a split personality. It is simultaneously part nouveau riche glitz and glam, where labels and bling matter, and part clubby old money retreat, where understated shabby chic and quiet anonymity are the order of the day (albeit with every luxury accoutrement available). Whatever your flavor darling…everybody co-exists in designer drag and peacefully elegant bliss here. 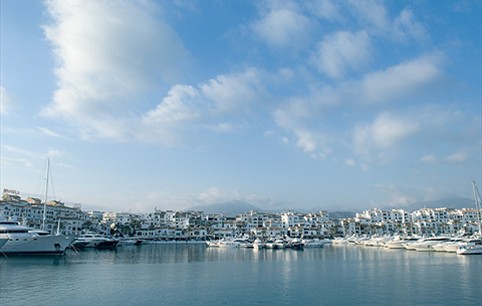 Among Marbella’s gems is the delightful Old Town village. Here pristinely white buildings and terraces overflowing with colorful pots of flowers peer out over the quaint restaurants, cafes and shops that border the storybook-like Plaza de los Naranjos, which could easily have provided the set for an Audrey Hepburn classic romantic caper. On the flip side, there is the terribly trendy, uber nouveau Puerto Banus, where multi-million dollar yachts sidle up to every imaginable designer boutique and a sprinkling of cafes where the well-heeled take a break from relaxing in luxurious splendor elsewhere. And everywhere there are those glorious beyond glorious beaches lined with bronzed bodies. It’s all just too too…and I for one just couldn’t get enough of it.

Speaking of things I just can’t get enough of, everybody knows I love a party and the place to do that and have a fabulous meal is at La Meridiana Restaurant, the gorgeous (and massive) restaurant where the beautiful people like to meet, mingle, nosh and party until dawn. And yes, for the record, Michelle Obama ate here too.

Find out more about Marbella and all of Costa del Sol at www.visitcostadelsol.com. Find out more about Spain at www.Spain.info.com and be sure to follow me all month on Twitter @TheDuaneWells for more about some of my picks for the most calliente spots all over Spain.

And don’t forget to enter for a chance to win some great prizes during our month-long “I Need Spain” campaign!

This blog sponsored by Tourist Office of Spain (@Spain), who also provided the items for the ‘I Need Spain’ giveaways.