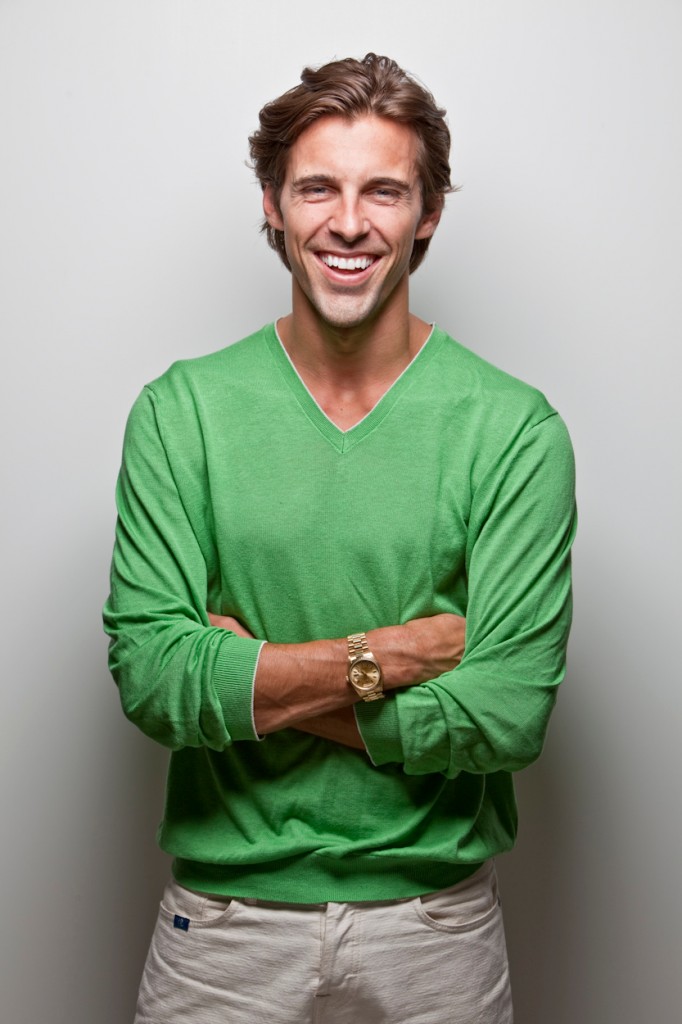 A little over a week ago, reality TV star Madison Hildebrand (pictured) was all smiles at Tthe Abbey in West Hollywood as he cohosted what was meant to be a celebratory event for the third-season finale of his hit Bravo series, Million Dollar Listing. The event was also intended to raise money for the Leap Foundation, a Los Angeles-based charity that aims to help high school and college students as well as recent graduates get ahead in life through seminars and mentoring with successful business professional. But what began as a celebration has quickly turned into a public relations nightmare for the recently out Hildebrand.

On Wednesday morning, the cohost of the December 7 event, Michael Dean Shelton, who lists himself as a principal of MDS Consulting, sent an e-mail to Hildebrand’s personal contact list of thousands of fans, friends, clients, and Facebook followers alleging that the Malibu-based celebrity realtor had hijacked money from the finale fund-raiser to cover his personal expenses.

In the e-mail Shelton wrote, “It came to my attention yesterday that my co-host, Madison Hildebrand, for the December 7th, 2009 event at The Abbey, West Hollywood had decided to pocket the majority of the money raised by us for his personal expenses (please see attachment). I first need to state that The Leap Foundation nor I had ever agreed or even was told prior to the event that this was going to happen. As we told you at the event, 100 percent of the sale of raffle tickets and flat donations were to go to The Leap Foundation and portion of the sale of Madison’s book was to benefit The Foundation. Madison’s decision to renege the verbal agreement is unconscionable, at best. I have tried to contact Madison without success and so this email is my next step to regain the money that rightfully belongs to The Leap Foundation.”

Hildebrand is now challenging Shelton’s claims of financial impropriety and threatening legal action if Shelton does not issue a retraction. Not only does Hildebrand say that he never had any such verbal agreement with MDS or the Leap Foundation, he argues that the entire e-mail is a misrepresentation of the facts that has left him “shocked” and “alarmed.”

In a tersely worded e-mail from Hildebrand to Shelton that was obtained by Advocate.com Wednesday, the Bravo star writes, “Hello Michael: I am in receipt of your email that you sent this morning to me and to all of my private contacts, your contacts, and guests. I have received numerous phone calls, emails, facebook messages, and text messages from my clients, friends, and strangers alerting me and asking me what the story is. You have untruthfully stated in your email that I was in breach of an oral agreement… The email you sent this morning is defamatory.  Please retract your statement and allegations to everyone you sent the email to.”

Subsequently, in a telephone conversation on Wednesday, Hildebrand went even further, asserting that if anyone failed to live up to their responsibilities at the event, it was Shelton.

However, according to Hildebrand, three days before the event, while he had done what he had promised, his cohost had not, which began to raise concerns for him and his assistant Heather. Hildebrand says that with the event only days away, nothing had been confirmed and there wasn’t even so much as an alcohol sponsor.

“Bottom line: [Michael] didn’t follow through and … left me high and dry three days before the event with absolutely no sponsors, no step-and-repeat, no confirmed celebrities … nothing. And that was his role,” the reality star says.

Hildebrand continues, “He didn’t bring the charity board … we had to rip up pieces of paper and write numbers on them (for the raffle tickets). … The whole thing was an embarrassment, and I feel bad for the people who did show up and expected something different, because I was definitely expecting something different.”

Hildebrand says at the last minute, he was forced to call in favors from friends and various vendors, including florists and liquor companies, to salvage the event for the sake of the charity and his own reputation. The Million Dollar Listing star says that he even went so far as to personally pay for the step-and-repeat (the banner used behind celebrities for press photos) as well as the lights for the event in spite of his request in the final days before the event to cancel the pricey items because he would rather have had “a nice event and have my friends and fans show up, do a book signing, and watch the finale” and donate the cost of the extras to the charity.

Hildebrand also referenced a conversation he had with Leap Foundation cofounder Bill Dorfman (pictured) on Tuesday evening, prior to Shelton sending the e-mail in question to Hildebrand’s personal mailing list.

In the conversation, Hildebrand says, he explained to Dorfman why he had deducted his expenses from the event’s tally as well as the circumstances that led him to make the deduction. In the final analysis, however, Hildebrand ultimately decided to cover the event costs himself and to send a check for the full amount raised to the Leap Foundation, even though he was unhappy with the way Shelton ran the event.

Hildebrand says, “I told [Dorfman] that … I did believe we should contribute the money that we raised to the Leap Foundation, but the reason that it wasn’t done that way in the first place was that I was upset with the process and I felt Michael really misled me and so I was deducting the expenses that I wasn’t expecting. [But] the check‘s already in the mail.”

The Advocate reached out to Shelton, Dorfman, or another representative of The Leap Foundation for comment, but by press time had received no response to calls and e-mails.

Perhaps more than anything else, Hildebrand says, he is fighting back because he’s concerned this new brouhaha will give his fans, supporters, and friends (to whom he sent an explanatory e-mail of his own Wednesday) the wrong idea about his charitable work, which he takes very seriously.

“I don’t know what Michael’s intention is … I don’t know why he’s being so vicious,“ Hildebrand says. “I’m upset, I’m hurt, and I’m disappointed that my intention to do good has been manipulated to make me look like a bad person.”