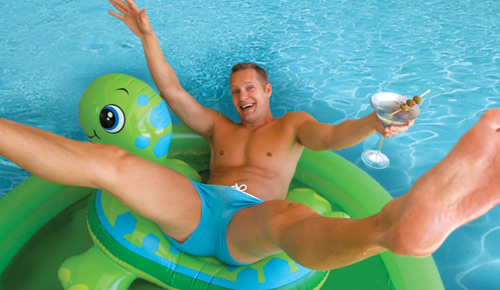 Unlike many of the other underwear brands to pop onto the radar in recent years, Tim Wildman’s saucy, sexy WildmanT(www.wildmant.com) brand began with a caffeine-fueled practical joke, rather than a business plan.

Though Tim studied fashion design at Syracuse University and always had an interest in underwear, nothing in design school gave him any insight into how to get into the men’s underwear business, which at the time was only beginning to emerge as a breakout fashion category. His passion stifled, Tim got sidelined in the publishing business in New York and ultimately launched his own web design company after moving to Palm Springs, California years later.

Shortly after his move to the desert, Tim’s mother became ill and went from working ninety hours a week to not being able to work at all, so he moved her out to Palm Springs to be near him.

As his mom’s health improved, Tim asked one of his web design clients if he could duplicate their site and re-brand it so he could create something for his mother to do. The company said yes and WildmanT was born as a shell of the Go Softwear site.

It wasn’t until he set out to do a photo shoot to highlight a few Go Softwear styles for his new website that Wildman’s passion for fashion was reignited. Frustrated by the way the flash from his camera kept washing out the model’s “package,” Tim tried everything he could think to fix the situation because, as he says, “What gay man would buy underwear from a guy with no package?”

Ultimately, with his mother looking on, Tim figured out that if he took an elastic band, looped it around the model’s nether region, and then pinned it to the waistband of the underwear, he could achieve the definition he sought.

Later that evening, after several cups of coffee, Tim found himself at home alone laughing about his farcical discovery at the afternoon photo shoot. Then came a revelation. “I thought, wouldn’t it be funny if I created a sample of this , took a picture of it, and threw it online just to freak out my mother. I called it a Ball Lifter just because it was funny,” Tim told me cracking himself up at the recollection. 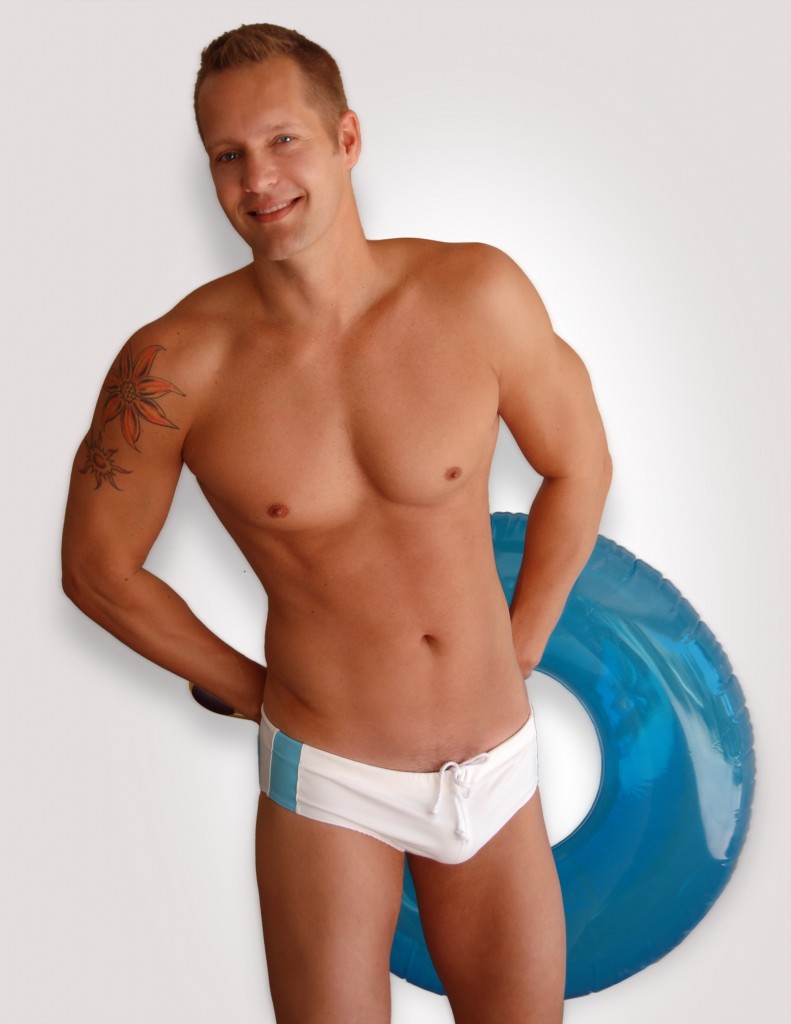 Putting thought into action, Tim stayed up until the wee hours of the morning, actually created a sample of his product, and put it online along with an animated cartoon called “No Package Stan” about a cute little blonde boy whose life is changed by Wildman’s body contouring invention.

The next morning, Tim awoke to several messages from his mother asking him what she was supposed to do with all these orders they were getting for something called “The Ball Lifter.” Overnight, Tim’s YouTube video about No Package Stan had gone viral and the orders started pouring in from all over the world.

The joke, it turns out, was on him.

“It sold and it continued to sell,” Tim says of WildmanT’s signature design. “So I thought, we’re not going to turn this away. I bought a sewing machine and we started sewing the damn things and selling them out of my kitchen.”

Before long a company in China came calling and wanted to wholesale the Ball Lifter, so Tim found and hired a seamstress, which he jokes was no mean feat for a product like his in suburban Palm Springs. From that moment WildmanT became a full-fledged brand in its own right, rather than a re-seller of other underwear concerns.

Inspired by his initial success, Tim designed a more extreme version of the Ball Lifter, also partially as a joke (albeit a logical one), and called it the Protruder. That style took off as well, racking up big sales in Europe and Japan.

Next came the Protruder II and a full line of both underwear and swimwear, all with detachable suspensory rings built in and all borne of Tim’s philosophy, which he describes in his own words as, “Instead of strangling your crotch, lift your crotch“.

As for what makes WildmanT uniquely reflective of American culture, Tim believes that it has something to do with the boldness of his styles and the sort of go big or go home sensibility they convey. “It’s an in-your-face product,” Tim says flatly, “and that’s part of our culture [as Americans]. If you’re going to do something, do it big. If you’re going to announce something, announce it loud, and that is exactly what all our products do.”