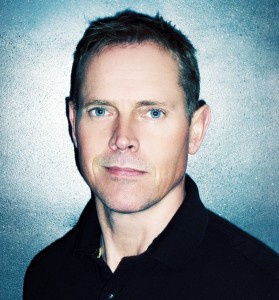 Canadian-born Brian Edgar spent years as an executive in the fashion industry working for the likes of Tommy Hilfiger and several European brands before deciding to get into the men’s underwear game with the Colombia-based Expose (www.ex­pose­underwear.com). In fact, it was on a trip to Colombia to do sourcing for one of his previous employers that Brian first fell in love with the country. On that initial visit, Brian began developing the relationships with factories there that would shape his inspiration for a new underwear brand.

Just like so many others who have debuted men’s underwear lines in recent years, Brian decided to create Expose because of the limited choices he saw for the category in the retail environment. The instincts he had honed over the course of his career working in nearly every aspect of the fashion industry, from visual merchandising and product development to retail and sourcing, told him that men’s underwear was a gold mine waiting to be explored, and he set out to carve a niche for himself.

“I’ve done a lot of things in my career, but I was always interested in the underwear business because I think there’s so much that hasn’t been explored at this point in time,” Brian says of his plunge into men’s underwear. “I began working with different factories and trying different things and I found that there was a missing link in the underwear business when it came to trying to work with fun fabrics.”

Brian found his niche with a barely-there line of stylishly revealing, sporty briefs made from a breathable, body-conforming blend of Pima cotton and Lycra. In terms of the styling of his line, the enterprising Mr. Edgar looked no further than the streets of Colombia, where he found that men had developed their own daring style. 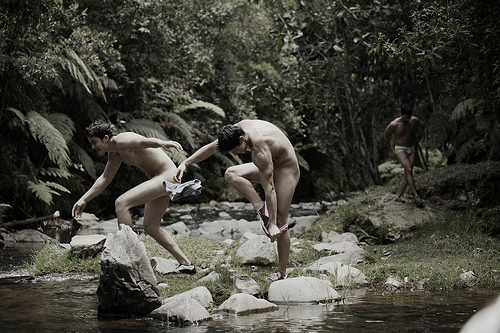 “Underwear is becoming more sexy as we go forward,” Brian says, “and that’s the thought behind Expose. It means expose yourself to new things and try to be a bit more sexy and confident about who you are. In other words, it’s about being secure in your body and showing it off.”

Brian’s sentiments are echoed by the company’s creative director, who says Expose Underwear’s “Funky” and “Shear” collections are for guys who are not afraid to show off. “They are inspired by the men of Colombia who know they are beautiful and are not afraid to flaunt it. It’s time for the rest of the world to expose themselves—if they dare,” he says cheekily.

In a relatively short period of time, Expose has become the top-selling men’s underwear brand in Colombia, where its flagship is headquartered and where two more stores are planned in 2010. This year Expose arrives on US shores for the first time, where Brian believes it is destined to find even more success if only because, as he says, “America is now catching up to the fashion underwear trend that has been popular in Europe for some time.”