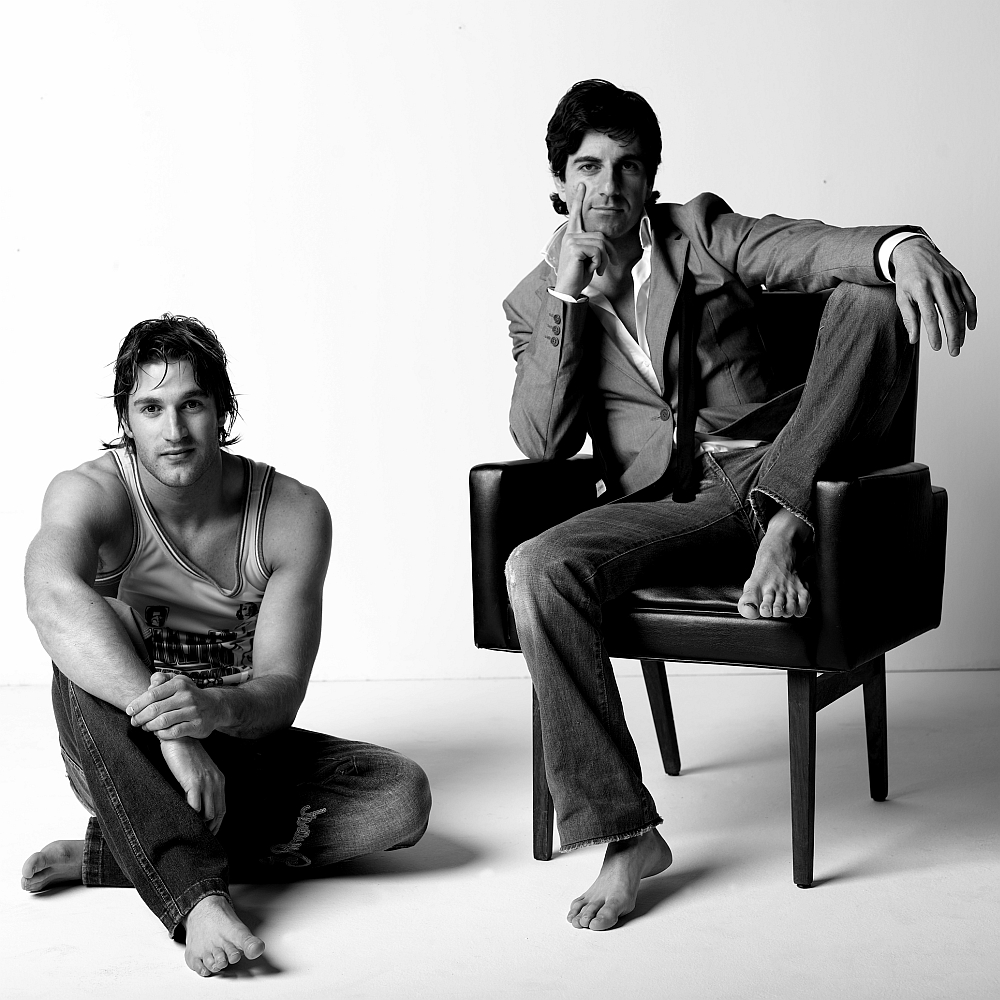 If there’s one thing that Stephen Ristefsky is clear about, it’s that theRistefsky Macheda (www.ristefskymacheda.com) brand is more about sophisticated design, high-end fabrication, and an up-market clientele, than it is about gimmicky, cutesy prints and styles.

“We’re not a fun-derwear brand,” co-founder Stephen says plainly, schooling me in his thick Australian accent, when we chatted recently by telephone. “Though there’s a huge market for that and a lot of brands are finding success in that area, we’re the opposite of that.”

The brainchild of lifelong friends Stephen Ristefsky and Vincent Macheda, the Sydney-based line has, from its inception, placed a unique emphasis on offering men’s underwear and swimwear styles that are both refined and fashion-forward—two elements that the style makers behind the design house believed to be missing in the marketplace when they first launched back in 2005.

After spending years lamenting the fact that there was no underwear with styling or fabrication that seemed worthy of an Armani suit or a pair of Dolce & Gabbana jeans, Stephen and Vincent decided to create a product line that would bridge the gap and reinvent underwear as a fashion accessory, rather than simply a necessity for men.

“Ten years ago you only had Kmart or Target or some ten-pack brand of underwear,” Stephen offers upon reflection. “We thought that wasn’t right. If you’re going to spend $1,000 or $2,000 on a suit, you definitely want to finish it off with a great pair of underwear. If you have a successful night out, you want to make sure that the last thing that comes off is a great representation of who you are.” 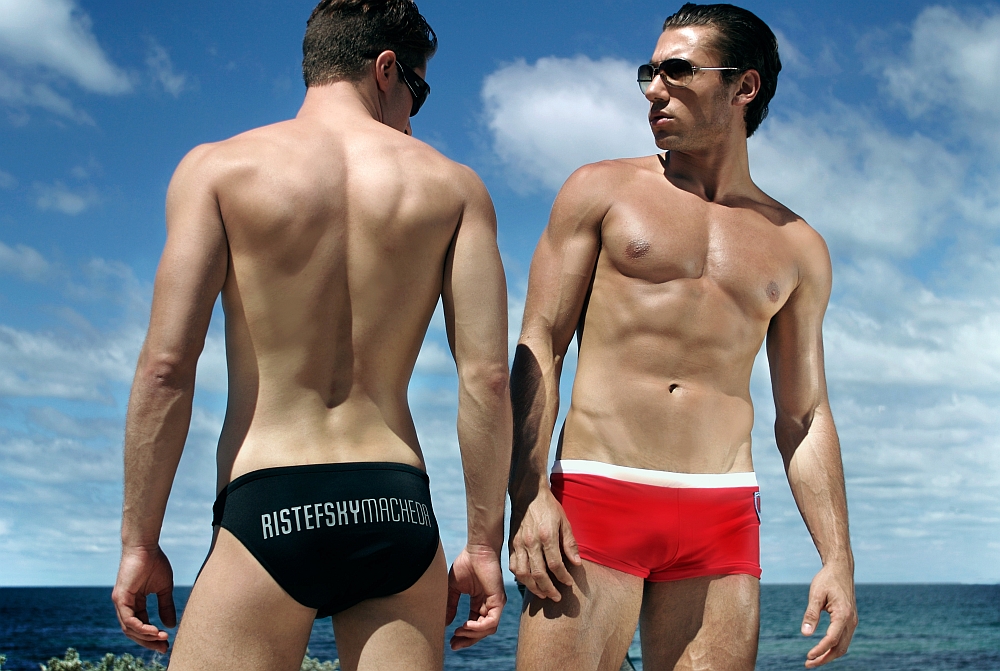 “The last thing you want is to look expensive and then look cheap right at the end,” he continued with a mischievous laugh. “So we decided this is where we want to go.”

Ristefsky Macheda found success right out of the box with a loungewear collection that was a massive hit at Milan fashion week. In fact, the inaugural collection completely sold out, which was quite a coup for such a debut. Despite that initial loungewear success, however, Stephen and Vincent went back to the drawing board and focused on developing their underwear brand, which was equally well-received in Australia and is now making headway in America, in no small part due to their splashy ad campaign featuring Make Me A Supermodel runner-up Jonathan Waud as the face of the brand.

The fashionable duo have also added swimwear that bears the stamp of the “high-end affordable” category they continue to pioneer.

“We extend that same idea to beachwear,” says Stephen. “Gone are the days when you’re just wearing a pair of Speedos and off you go into the water. People are spending more time on the beach, lying on the sand tanning, and people are accessorizing more.”

Through their designs, Stephen and Vincent hope that people begin to see a different side of Australian life and better understand the diversity of their homeland.

“Australia is about more than surf and sand,” Stephen explains. “If you know Australians well, you know we’re pretty relaxed people, and we’re out there to have a good time. Ristefsky Macheda represents exactly that. Australia is also very multicultural, and it has huge cosmopolitan nature, particularly in Sydney and Melbourne, and Ristefsky Macheda represents that as well. We take the cosmopolitan side of fashion and bring that to the beach, to underwear, and to our campaigns. We truly know another side of Australia and that is the sophisticated, cosmopolitan nature of the country.”