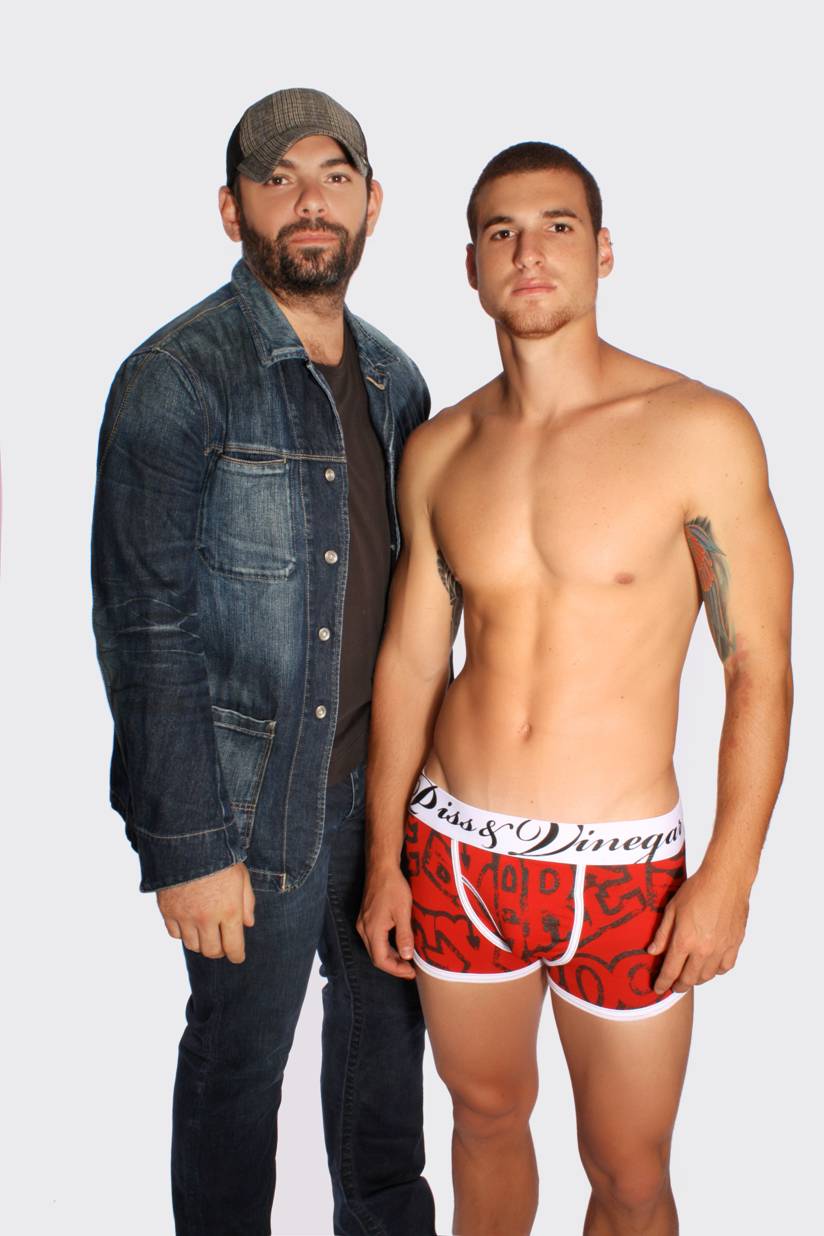 As the founder and former president of the hugely popular Ginch Gonch label, Jason Sutherland is no stranger to breaking new ground in the men’s underwear category. Quite the contrary, he’s a bit of a legend in it, but even Jason had no idea that he would make his mark on the world with his undies.

In another life, Sutherland worked as an executive in the film and television industry. He got his start in the biz while studying cinematography at the National Theatre School of Canada where he was offered an extremely well-paying job working in the film business long before he even graduated. Of course, he left school and leapt at the opportunity. Twelve years hence, however, on the heels of the 9/11 attacks, the film and television industry became more volatile in Canada, in part due to efforts in California and New York to keep more film and production domestic, and Jason began to consider other career paths.

While raising money for a film, Jason first became attracted to the world of men’s undergarments when he went out one weekend and spent $60 on a single pair of red underwear. He so fell in love with the vibrantly colored undergear that he washed it out and wore it every day for a week.

It didn’t take long for Jason to realize that there was nothing all that special about his newly beloved pair of underwear beyond the fit and the fact that they weren’t black, grey, or white like everything else in the department stores. From there, Jason went off and conceptualized the quirky, whimsical Ginch Gonch line, and six months later he had fallen very successfully into the underwear business with a brand that caused an instant sensation.

Two years ago, Brian sold Ginch Gonch and now he’s back with the Canada-based Piss & Vinegar (www.pissvinegar.com), a brand he says has the potential to be even bigger than anything he’s done before.

“We started Piss & Vinegar with the intention of creating a grown up version of fun-derwear that would allow for various product extensions and categories,” he tells me. “[Our line] has got a Pop Art feeling that is very modern, and I’d like to think that some of the designs we’re doing are awesome pieces of art. Piss & Vinegar provides you with comfort and it provides you with style and confidence. I want to create something that people love and enjoy and that gives them that pride and confidence that they need, whether it’s on or off.”

So far, Piss & Vinegar is off to a boffo start. The “I Love…” line from the first Piss & Vinegar collection with its “I Love Jesus” briefs, featuring the image of Jesus Christ on the front and the words “Jesus Loves Me” on the rear, have already created quite a buzz. As have the “I Love Boys” and “I Love Girls” briefs, which are, in and of themselves, conversation pieces. Next up, stay tuned for a “Sex, Drugs, and Rock n’ Roll” line.

As for his penchant for pushing buttons, first with racy designs at Ginch Gonch and now with controversial, boundary-busting artwork seen in designs from Piss & Vinegar, Sutherland brushes off the suggestion and explains it away as being an outgrowth of his Canadian heritage.

“Canadians think really differently when it comes to sex. I’m not saying that we’re different in how we operate during sex, but we’re a liberal society,” the underwear king explains. “Canadians have always been more liberal, and we’re known as being a more liberal society that had gay rights ratified much sooner than the US, and that has not had racial issues exist as prominently as they have in America. It’s thinking differently that allows you to have that spirit of being a Canadian. [And] that’s the meaning behind Piss & Vinegar.”

Just as with his designs, Jason is placing no boundary on what the future may hold for his new line as he explores offers to go into many new categories like shoes and jeans, which he sees as a natural extension. Says the designer, “One of my dreams and aspirations is to make sure that Piss & Vinegar is not just a household name, but something that people feel comfortable wearing…something that they just want to cradle because its so beautiful.”