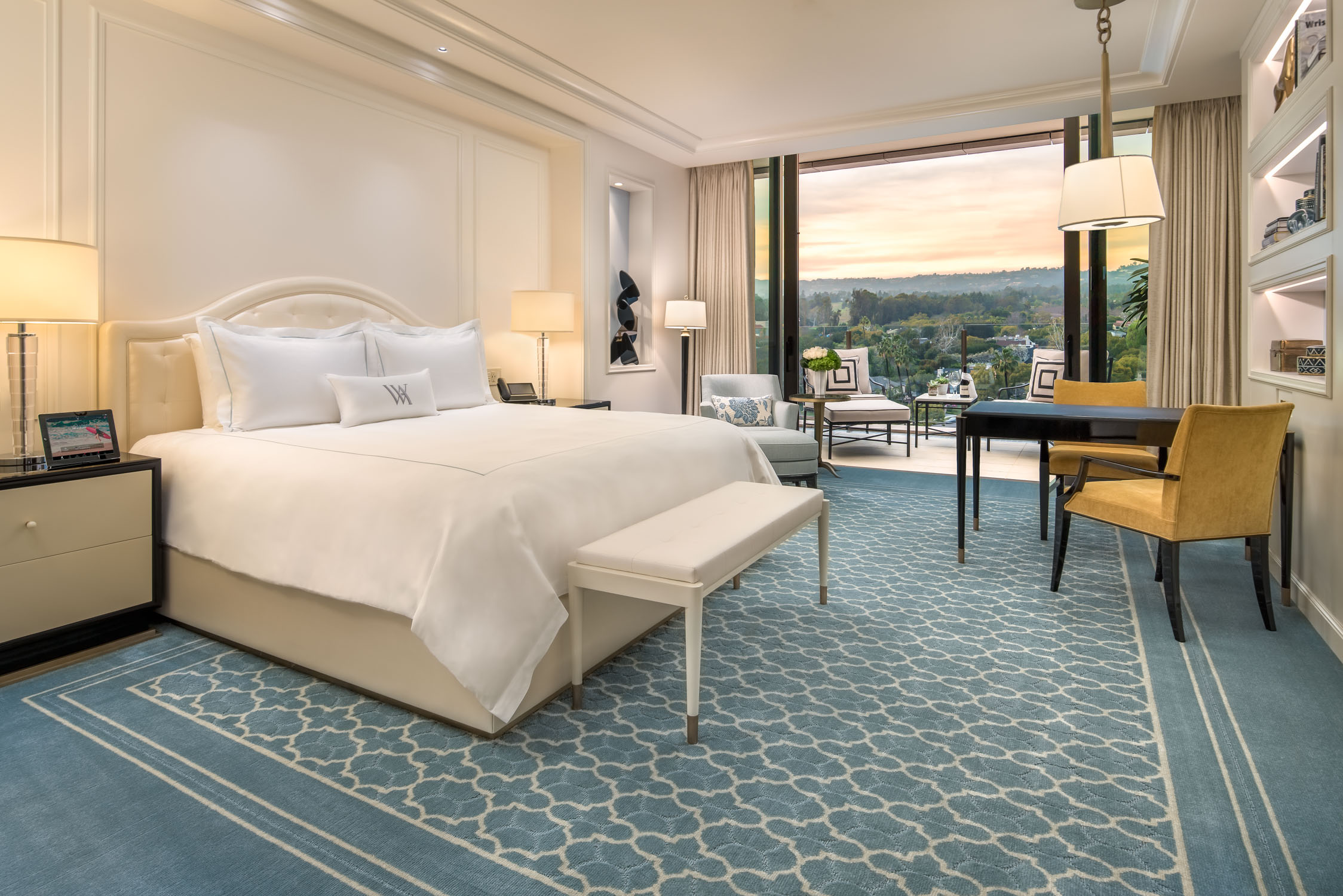 The heavily trafficked intersection of Wilshire and Santa Monica boulevards in Beverly Hills has been the source of both great anticipation and speculation among Angelenos for quite some time now. The hallowed location that, among other distinctions, counts the home of the Golden Globes, otherwise known as the Beverly Hilton, as its neighbor and the legendary Trader Vic’s as its predecessor will soon be unveiled as the Waldorf Astoria Beverly Hills.

The 12-story hotel slated for a June 2017 opening promises to take luxury in Beverly Hills, the West Coast capital of the segment, to new heights with 170 guestrooms that literally offer a room with a view courtesy of floor-to-ceiling windows opening onto oversized private balconies that peer out over vistas ranging from a bird’s eye view of the Hollywood Hills to the soaring, gleaming heights of Century City and beyond. Expect the hotel’s 119 deluxe rooms and 51 suites as designed by Pierre-Yves Rochon to showcase richly upholstered furniture in soothing tones of celadon, taupe and white and bespoke art alongside the staggering array of amenities that are the hallmark of the Waldorf-Astoria brand.

Elsewhere on the property, expect a triple-height lobby with a contemporary Art Deco design, hand-painted murals and custom Strass crystal chandeliers as well as Lalique installations and one-of-a-kind pieces of significant artworks throughout.

I generally don’t care to do previews, preferring instead to experience a property in person before sharing news about it but every once in a while, a first look bowls me over and I simply cannot help myself. This is such a case. 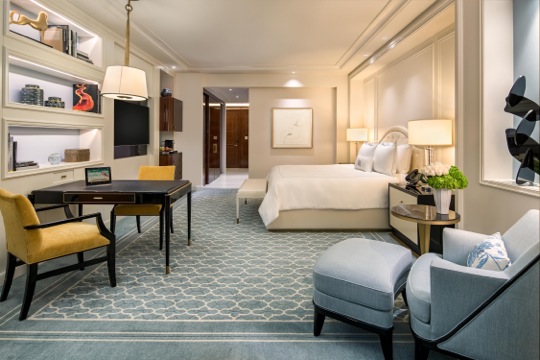