First off, for the uninitiated, a couple of definitions:

Mancunian: A person from Manchester. 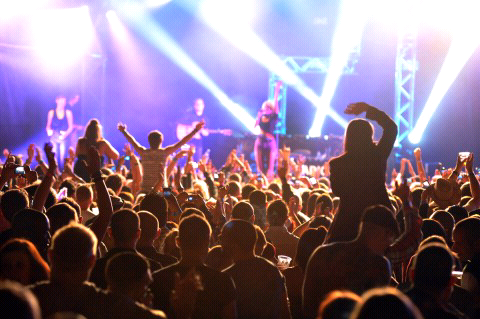 Now, with that settled, if you follow this blog, you already know that I just returned from my second thrill ride of a visit to Manchester Pride. Last week I told you about the city’s annual Pride event, which has long been one of the most highly anticipated events on the Pride circuit. But I would do Manchester a great disservice if I didn’t offer up a guide to some of my favorite places in the city itself. So, with that in mind, this week I’m doing just that, with an eye toward some of the hotspots I discovered for the first time on this recent visit.

For many in the LGBT community, Manchester may have only come into their purview thanks to the original version of the hit series Queer As Folk, which was set in the city’s gay village and spawned the equally popular American offshoot that pulled back the covers on gay life as some knew it. But long before Manchester’s queer culture took center stage, the city had developed a world-class reputation of its own. From music to commerce, Mancunians have, over the centuries, distinguished themselves with their industrious spirit and propensity for living life to the fullest.

The industrial revolution? Manchester was its birthplace. The Smiths, The Bee Gees, New Order, Oasis and Badly Drawn Boy? All Mancunian artists.

Beyond that, Manchester’s gay village is amongst the most bustling I have ever encountered. In fact, with over 70 bars, clubs and restaurants, visitors to Manchester are spoiled for choice in terms of gay outlets—in a way that actually defies the city’s somewhat modest size. Canal Street, the hub of gay life—with its menagerie of watering holes and packed dance clubs—is on its own an adventure in gay sensory overload.

Lest I run the risk of sounding like a history lesson or being reductive, I’ll direct you to the Manchester Media Pack App on iTunes or Google Play for more historical information about Manchester and instead turn your attention to the city’s highlights. Below were some of the spots that topped my list of my faves from my recent visit: 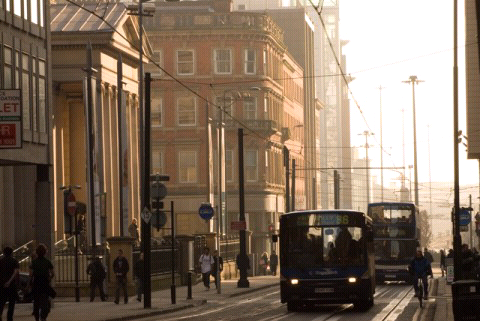 Alice in Wonderland comes to life in this wonderfully over-the-top yet strikingly traditional English-style tea room where a delectable menu of nibbles and teas are served throughout the day and evening. Meanwhile, when night falls, the adjoining cocktail lounge, with its quirky fixtures, serves up a sparkling array of handmade cocktails befitting the fantastical quality of the space.

Popular among Manchester’s in-crowd, this utterly modern restaurant delivers wow factor from its chic entrance, which draws aesthetical comparisons to the Louvre. Serving a menu of Pacific Rim flavours that combines an exotic blend of Indonesian and Southeast Asian influences, Australasia delivers a palate-pleasing experience combined with top-notch service. Popular footballers including David Beckham have broken bread in this sprawling restaurant, which becomes a bit of a scene in its own right as the evenings grow late and popular local DJs spin the hottest tunes on the restaurant’s state-of-the-art sound system well into early hours of the morning.

Utterly charming, dining at this restaurant in Manchester’s Northern Quarter is like sitting down to a perfectly appointed picnic. Choose trays of cheeses, cured meats and vegetables along with a few bottles of good wine and while away a blissful afternoon on the communal benches in this perfectly inviting hipster hotspot.

Designed by Miguel Cancio Martins, the man behind Buddha Bar in Paris and Alain Ducasse’s Crystal of Marrakech, Vermilion and Cinnabar is a massive concept restaurant, located near the Etihad stadium. Since opening in 2007, the destination attracts more than 2,000 customers a week. While the restaurant’s menu offers authentic Thai and Indian cuisine, along with a range of fresh seafood, the cocktail lounge attracts fashionable locals, VIPs and celebrities in addition to a fair amount leading DJs. 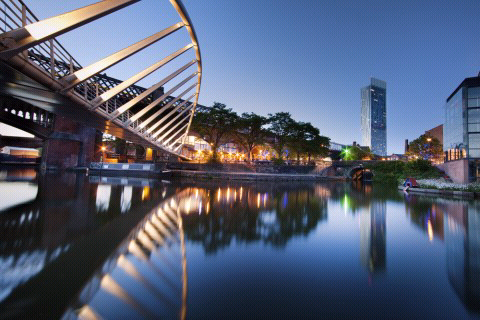 A five-star experience wrapped up in one of Manchester’s most celebrated buildings, the historic Free Trade Hall, Radisson Blu Edwardian offers style and luxury in the heart of Manchester’s city center. It also offers the rejuvenating Sienna Spa and the decadent Opus One bar and restaurant where braising is all the rage.  radissonblu-edwardian.com/manchester 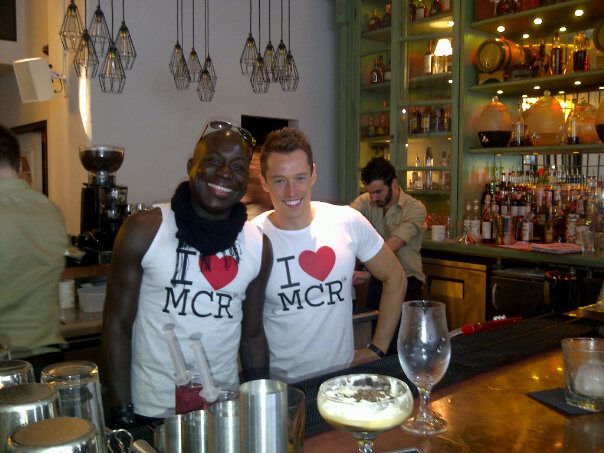 Cocktail culture comes to life at the Alchemist in Spinningfields, Manchester, as expert mixologists concoct a dizzying selection of signature cocktails. When you want a proper cocktail, this is the destination that you want to favor with your presence.

Like its sister outpost in London, G-A-Y Manchester attracts a pretty, younger crowd with a mix of contemporary hits, cheap cocktails and amiable bartenders.

Prepare to dance the night away in this multi-level space, where the DJs play dance-pop anthems to throngs of friendly patrons well into the wee hours of the morning.

More of a lounge than a bar, Velvet is a relaxed space where you can enjoy a cocktail or get frisky on the bar’s tiny dance floor—you choose. That said, the crowd is always fun and eclectic, which alone makes a visit to this Mancunian hotspot a must.

As the name suggests, Queer is a big gay club with multiple dance floors and a gay hipster clientele. 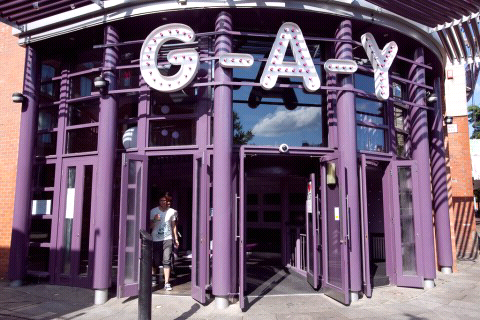 If you don’t already know Manchester, it’s time you got better acquainted. Find out more atvisitmanchester.com. Until next time, be well, live Wells!