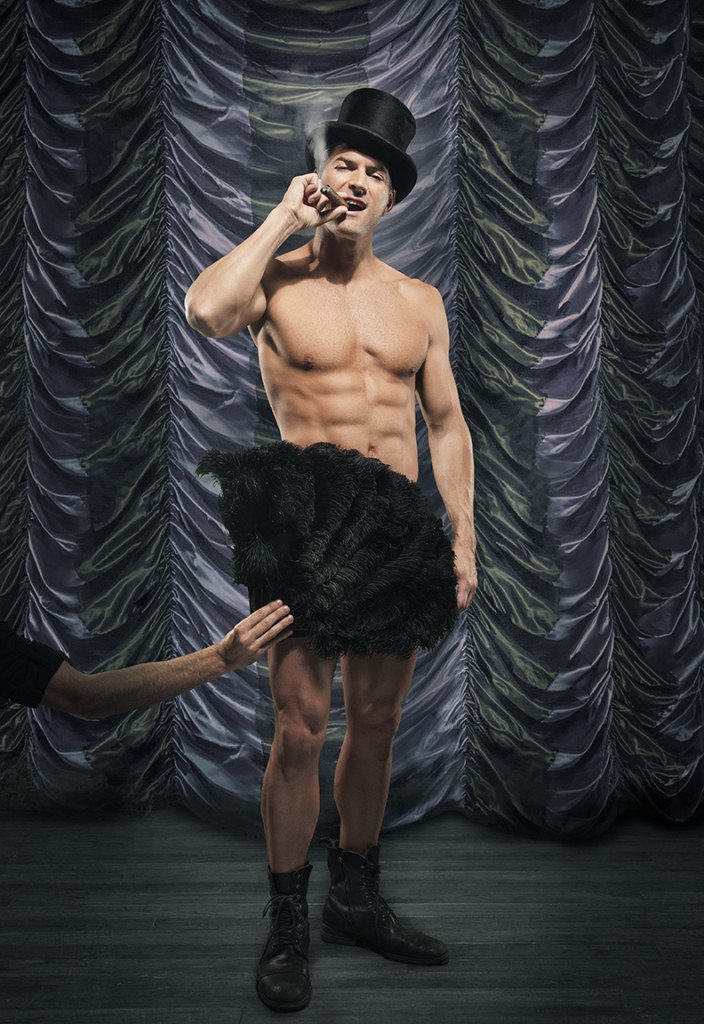 The dancers. The music. The drag. The laughs.

When people say weekend nights in Sonoma are a drag that will be a very good thing. That is, at least on this upcoming Memorial Day Weekend (May 23 -24, 2015) when LivingWells Lifestyle Events debuts the intoxicating REVUE, a new two-night extravaganza of entertainment that promises to take over the Graton Resort & Casino Events Center and convert it into the sexiest cabaret club night in Northern California.

What’s so special about REVUE you say? Well for starters, imagine all the glitz of Wigstock and the glamour of Broadway joining together on one stage, combining music, comedy and a healthy dose of drag into an evening that will redefine the meaning of a gay weekend in Sonoma.

The talent will be a superlative mix of everything from the outrageous to the sublime and the erotic to the exceedingly elegant. Augmenting the drag personalities and some familiar faces from television will be a range of talents that include musicians, comedians, vocalists, Broadway performers and surprise Grammy® and Tony® award-winning special guests. Notable performers on the bill who are sure to add special allure to this Wine Country weekend to remember include: Iconic dance music diva Martha Wash, drag superstars Lady Bunny, Jackie Beat and Candis Cayne; Tony® Award-winning performers Levi Kreis and Shoshana Bean, American Idol finalist Jacob Lusk, New York’s acclaimed Ryan Raftery, the one-man musical juggernaut behind Ryan Raftery is the Most Powerful Woman in Fashion, and cabaret legend Joey Arias.

More than just a cabaret, REVUE is a night about music, talent and some occasional outrageousness, the like of which is not to be found elsewhere in Northern California. Never before has this caliber of performers been gathered in one space in this part of the country with such high production value in such an elegant setting. In fact, I am personally inviting the audience to expect only one thing, and that is to expect the unexpected.”

Throughout the holiday weekend, the fun doesn’t end when the curtain drops.  Prior to and following the Saturday and Sunday performances, guests can take part in the pre-show VIP reception and a post-party/Meet & Greet in the Graton Resort & Casino’s Sky Bar lounge, which will be hosted by YouTube Sensation, Davey Wavey, Heatherette co-founders Richie Rich and Travis Rains and DJ’d by Toronto’s Scotty Dynamo on Saturday night and Lady Bunny on Sunday night. 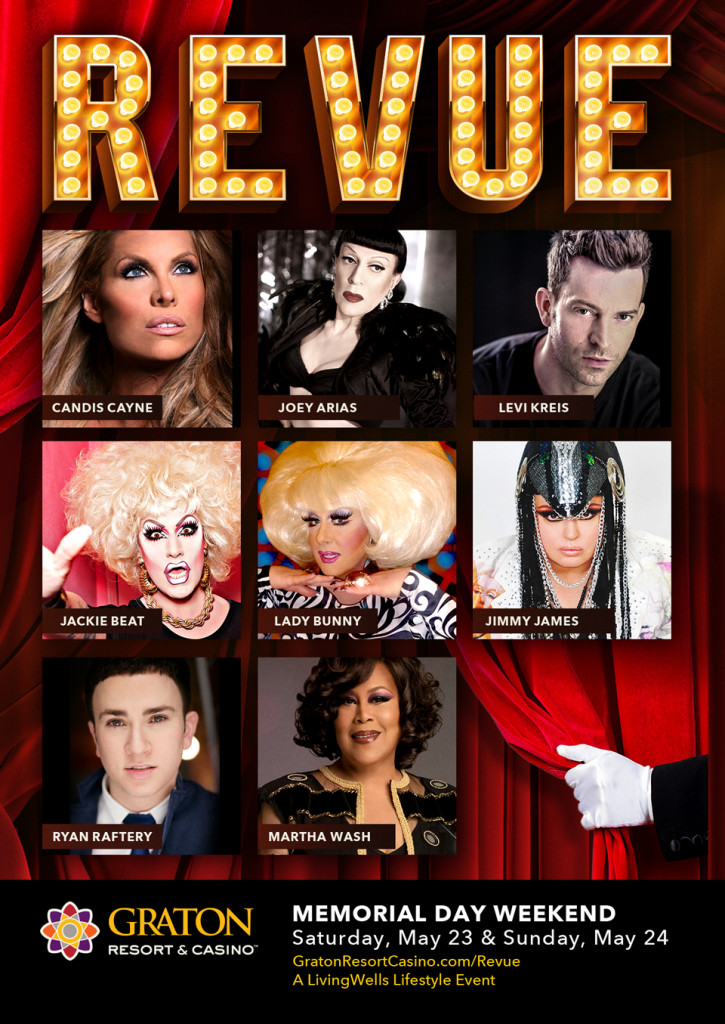 Tickets are available at Ticketmaster and the Graton Rewards Center at a cost of $55 for general admission, $75 for premier tickets and $100 for special VIP passes, which include premium seating along with access to the pre and post event receptions.

And if that’s not enough to please your palette, then stay a while longer. Graton Resort & Casino offers a complete entertainment experience, featuring table games, the latest slot machines, upscale and casual dining, plus a variety of other entertainment options for visitors and locals alike.

Find about more about REVUE at at www.gratonresortcasino.com/revue. You know you want to.