Do you know the way to Ojai? Robert Pattinson and Reese Witherspoon do.

Ojai might only be about 85 miles outside of Los Angeles, but it couldn’t be more different from its glitzy Tinseltown neighbor.  While Los Angeles is a classic example of urban sprawl, tiny Ojai, California (pop: 7,862) is the epitome of small town America.  That is to say, if Los Angeles were Kim Kardashian, then Ojai would be Carrie Underwood…and I mean that in the best possible way.

One main drag, not surprisingly called Ojai Avenue, runs through the center of the town where you’ll find just about one of everything you need — one antiques store, one lovingly aged movie theatre complete with timeworn marquee, one country store…you get the idea. 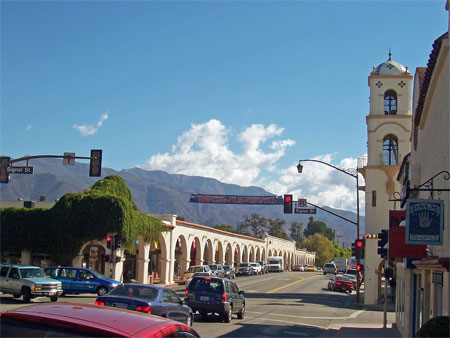 There’s no ego, no paparazzi and, refreshingly, no attitude.  In other words, La La Land it most definitely ain’t.  Though stars including Reese Witherspoon, Ted Danson, Mary Steenburgen and Malcolm McDowell all have homes in Ojai, they all also seem to leave Hollywood happily behind when they arrive in this rustic slice of southern California.  However it does not necessarily follow that Hollywood hasn’t taken notice of Ojai.  Quite the contrary, Hollywood is in fact quite enamored of Ojai. 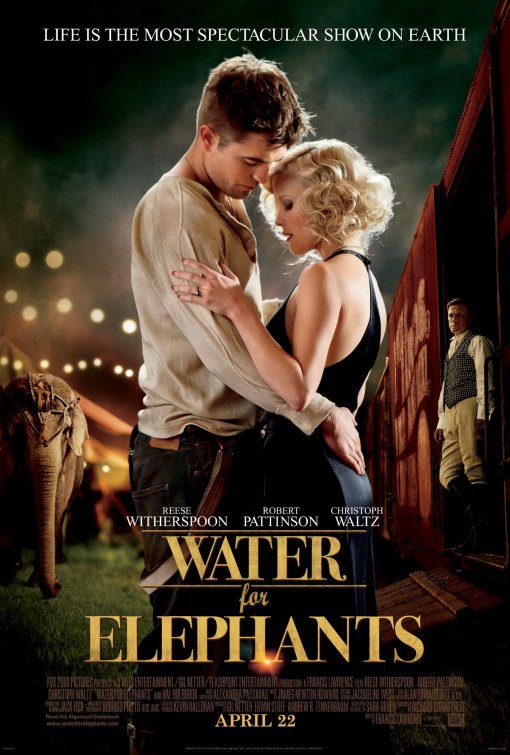 If you were a  fan of the hit ABC series, Brothers & Sisters, you might know that Ojai foods is the name of the family fruit business that features prominently in the show.  Ojai obviously provides the picturesque backdrop against which all that high-strung Sally Field drama is set.  Ditto for the hit teen comedy, Easy-A and thebig-budget film Water for Elephants starring Robert Pattinson, Christopher Waltz and Reese Witherspoon,

Though the film wasn’t a box office smash despite its A-list cast, , quaint little Ojai surely got  quite an up tick in tourism since much of the film takes place in  the nearby downtown Filmore area on the “Movie Trains” and facilities of the Fillmore and Western Railway, whose vintage train cars date back to the1920’s and have been used in over 300 movie, television and commercial shoots.  Throughout the week, the Filmore and Western  Railway offers all sorts of rides ranging from murder mystery lunches and dinners to holiday specials.  A ride on one of these trains is truly a bit like stepping back to a time before body scanners, long security lines and attitudinal flight attendants…but I digress.

Hollywood aside, Ojai is just a great little quick getaway where you can get in touch with nature on a hike through the expansive Los Padres National Forest, visit local farms like Friends Ranch and swoop up armloads of fresh produce, indulge in yoga at one of the local studios, visit a spa or grab your didgeridoo and make your own kind of music in a quiet, out of the way corner.  Personally, I love sampling the food at some of the town’s most popular haunts like Azu (www.azuojai.com; 457 East Ojai Ave; 805.640.7987) which has a truly superior tapas menu complemented by a mighty fine wine selection or Feast Bistro (www.feastofojai.com; 254 East Ojai Ave; 805. 640-9260) where the root beer BBQ sauce on pizza or on pork is an unexpected delight. 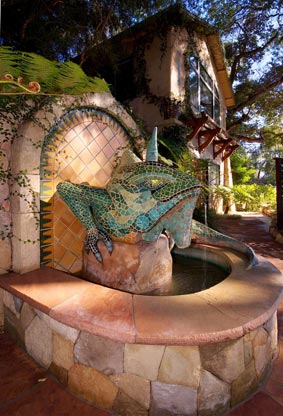 In terms of where to stay, the Emerald Iguana Inn (www.emeraldiguana.com; 108 Pauline Street; 805.646. 5277) and the Blue Iguana (www.blueiguanainn.com;  11794 N. Ventura Avenue; 805.646.5277)are ideal choices.  Both hotels are lush, well-manicured treasures owned by an Ojai couple and both make for excellent retreats.  At the Emerald Iguana Inn, definitely request the spacious Cricket King Suite which is two stories of loveliness, bordered by swaying bamboo and blessed with the feel of a retreat within a retreat.  Tucked away at the end of residential street just a few blocks from downtown Ojai, the Emerald Iguana Inn offers a lovely and romantic (if you wish it) escape from the hustle and bustle of life.

Similarly the rooms and cottages at the Blue Iguana Inn are equally charming and  homey.  What I particularly love is that the rooms at both these properties aren’t cookie cutter so you never feel as though you’re in a hotel.  Instead the rooms feel more like little guest houses on a big private estate.  And as an added bonus, guests of both hotels get exclusive access the Taft Botanical Gardens in the foothills of the Ojai Valley.  Renowned for their South African and Australian native plant collection, these stunning gardens are not open to the general public.  However, the Inns have special access to the gardens.  How’s that for VIP?

Find out more about Ojai, California at http://www.ojaivisitors.com/.