I love a surprise on a Tuesday. There’s always something so delightfully festive about it. So when a girlfriend invited me to lunch at Bier Biesl, the newly opened outpost of former Patina chef, Bernhard Mairinger, I thought to myself ‘It’s Tuesday…I’ve got to say yes!’ After all, it’s not every Tuesday that a boy gets to sample authentic Austrian fare in the middle of the afternoon. Salad be damned for a day…It was schnitzel Tuesday and I was all in.

Situated on bustling Santa Monica Blvd, just around the corner from Rodeo Drive and steps away from Jimmy Choo and a slew of the busiest plastic surgeons in town, Bier Biesl sits unassumingly in the center of the block between Bedford and Roxbury in the heart of Beverly Hills. If you weren’t looking for it, you might actually miss it altogether. Beyond that, in a city where many superstar chefs favor flash, you might not guess that this intimate little restaurant which pops up with so little fanfare is actually helmed by Herr Mairinger who, at 27, was just included on Zagat’s 30Under30 Los Angeles 2012 List. That said, the decor is just about where all the understatement ends.

Every bite I took at Bier Biesl yielded a “wow”. Having been to Vienna and Salzburg, I know a little bit about Austrian food and, to be honest, it’s never been high on my list of favorites…until now. Mairinger’s modern take on traditional Austrian cuisine made me just about as giddy as a surprise airing of The Sound of Music. His touch is so delicate that typically heavy fare arrives at table as light as a feather.

First, out came the homemade pretzel bread served with a butter, the richness of which I have never before encountered. I nearly declined the creamy, chive topped concoction, but it was Tuesday, so I decided to be daring and as usual the risk paid off.

Next came the starters, Home Cured Char with heirloom beets, fresh horseradish and tossed herb salad and a bowl of Beef Bouillon. Prepared in house by Mairinger, the Char preparation is curiously reminiscent of a smoked salmon (without the smoke) and it’s absolutely beautiful. And the Beef Bouillon, was a prime example of a simple favorite executed perfectly. Across the table, my girlfriend had the Creamy Pumpkin Soup which I couldn’t resist tasting, only to find that it was equally superlative. 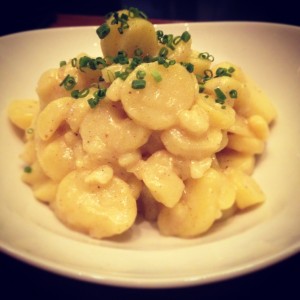 For the entree we settled on the Schnitzel (it was Schnitzel Tuesday in my head, remember?), of which there are three varieties on the menu: Pork, veal and chicken. We settled on the pork, or I should rather say I goaded my friend into the pork because I can never resist swine on a menu, and out came a generous portion of crispy, golden deliciousness. Buttery and fork tender, Mairinger’s spin on schnitzel arrives garnished with lemon and tart lingon berries and is almost certainly destined to turn this Austrian classic into an American favorite. Ditto for the warm, vinegary potato salad which will make you rethink the mayonnaise-laden mess we all too often accept as the standard bearer of this all-time favorite side dish.

Since it was Tuesday, we sampled not one but three desserts: Sachertorte, a dense, rich chocolate cake; a whispery, fluffy Creamy Semolina Pudding with white chocolate, tangerine and toasted almonds; and finally the piece de resistance (I don’t know how to say that in German)…the delicate Apfel Streudel, without which no true Austrian restaurant would be complete. It was a sweet end to a pitch perfect lunch, with the Creamy Semolina Pudding standing out as the star. 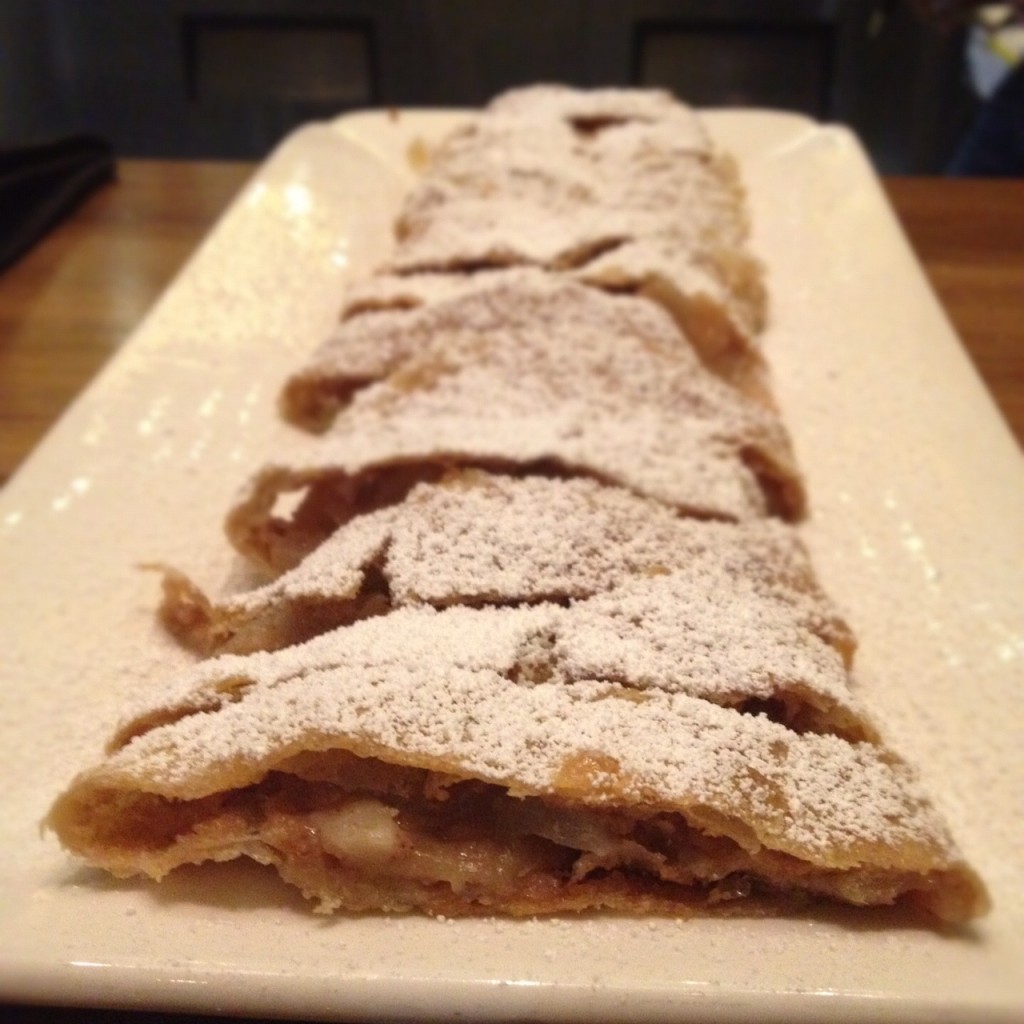 Thanks to chef Bernhard Mairinger’s elegant touch, Bier Biesl may be Los Angeles’ first Austrian restaurant, but it may well not be its last. Try it on Tuesday and it might just be even better than normal. I’m telling you… there’s just something about Tuesdays and Austrian food that rocks! Spread the word…Austrian food Tuesday is the new NEW!

Find out more about Bier Biesl and Chef Mairinger at www.bierbeisl-la.com.