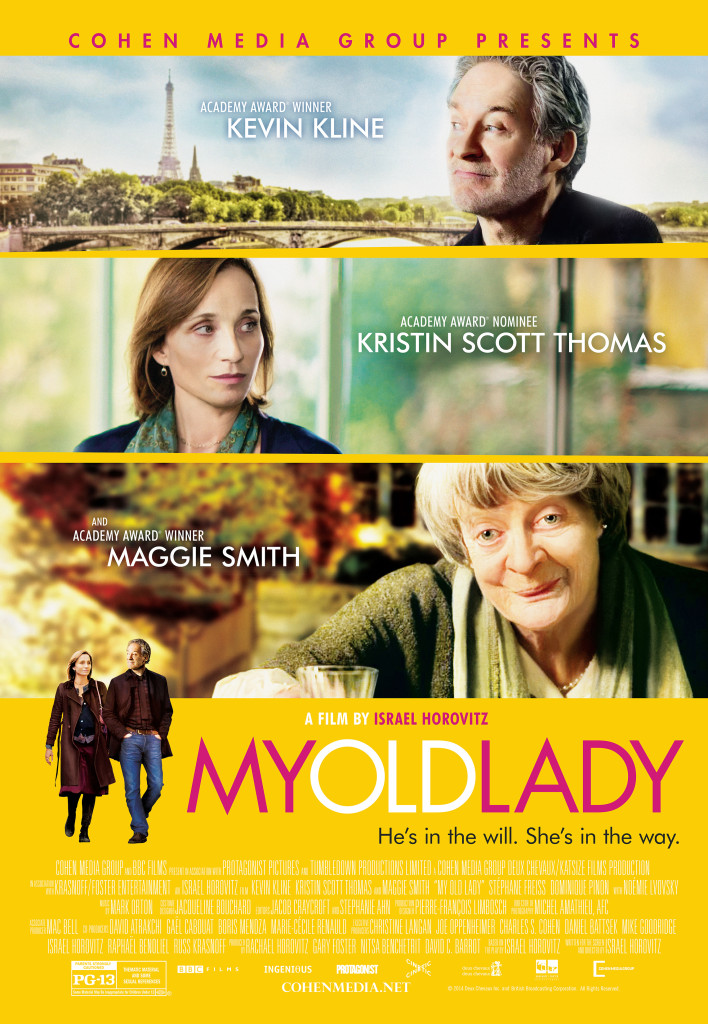 On paper, the film version of My Old Lady has ‘must-see’ stamped all over it. Adapted and directed by the Obie award-winning playwright, Israel Horovitz, from his wildly successful play bearing the same name, starring Kevin Kline alongside Dame Maggie Smith and Kristin Scott Thomas, who reunite for the third time on screen in the film, and featuring the city of Paris in a starring role, My Old Lady promises a great deal before the opening credits roll. And it is perhaps because of this very promise and the high bar that it sets that moviegoers may leave this perfectly lovely film wanting more, especially when one considers that the film’s script was reportedly but one of 25 on offer to Maggie Smith at the time it was presented. Rather than wowing moviegoers, the film charms and provokes thought, two qualities that I have never counted among the most egregious of cinematic crimes.

My Old Lady is the story of Mathias Gold (Kevin Kline) a pitiable, middle-aged sad sack with daddy issues who suspects that his luck is about to change for the better when he inherits a stunning Parisian apartment upon the death of his estranged father. However, in keeping with the kind of tragic luck that seems to have followed him throughout his life, Gold arrives in France to find that, though the apartment that he has inherited is indeed worth millions of euros, he is not wholly at liberty sell it because it is a viager.  In the French real estate system viager is a well-established equity release plan which allows the release of cash to a property owner in return for an interest in the property upon the owner’s death. In Gold’s case the property owner is 91 year-old Mathilde Girard (Maggie Smith), who has lived in the apartment with her daughter Chloé (Kristin Scott Thomas) for many years and remains in perfect health. Not exactly the state of affairs that Gold had in mind.

With his plans for selling the apartment and turning over a quick buck foiled pretty summarily by his tenant, Gold works out a deal to share the apartment with Girard and her daughter while he plots to sell his share of the apartment on the sly so that he can get on with his life. This arrangement provides the backdrop against which the film’s well-calibrated drama is played out.

At times comical and at others heart wrenching, My Old Lady is an intriguing meditation on family, love and betrayal that adeptly makes the transition from the stage to big screen, even if it doesn’t quite fill it. Maggie Smith is her normal tour de force self as Madame Girard, imbuing what would be throw away lines in the hands of any other actress with an unquestionable gravity. Likewise Kristen Scott Thomas who, whenever provided a chance, gifts ennui with an elegance that it is seemingly only in her command to give rises to the expansion of the role of Chloé for the film version of My Old Lady with aplomb. Meanwhile Kevin Kline, gives a nuanced performance as the down on his luck Gold who, despite being largely unlikeable at the start, becomes increasingly sympathetic throughout the film thanks to Kline’s portrayal and Horovitz’s directing.

And finally, there’s Paris. Wonderful glorious Paris.  Lovingly shot, My Old Lady captures the intimate side of Paris. In other words, Paris as Parisians live it.  Though much of the film was shot in Paris’ 13th Arrondissement at la Manufacture, the historical site of tapestry manufacturing for French royalty dating from the 17th century to the present day, there are many wondrous shots of quiet back streets, Le Marais and the Seine that will inspire wistful memories for Francophiles of all degrees. You might even say that Horovitz cast Paris as a means of sending a valentine of sorts to the City of Lights. 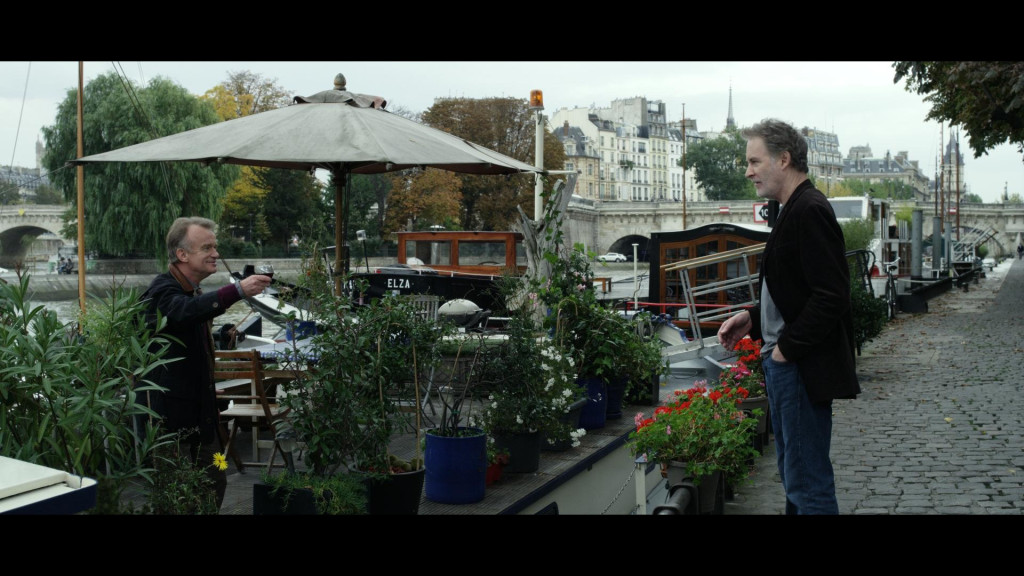 “The play is populated by three actors in one room, and the decision to expand the film’s setting wasn’t because I felt the story was too contained in that room, or didn’t work,” Horovitz explains of his decision to expand the film’s setting to include a grander, more cinematic vision of Paris than the one implied on stage. “I just felt that images of Paris would add another huge dimension to the story.”

My Old Lady is in movie theaters now. See the film’s trailer below: