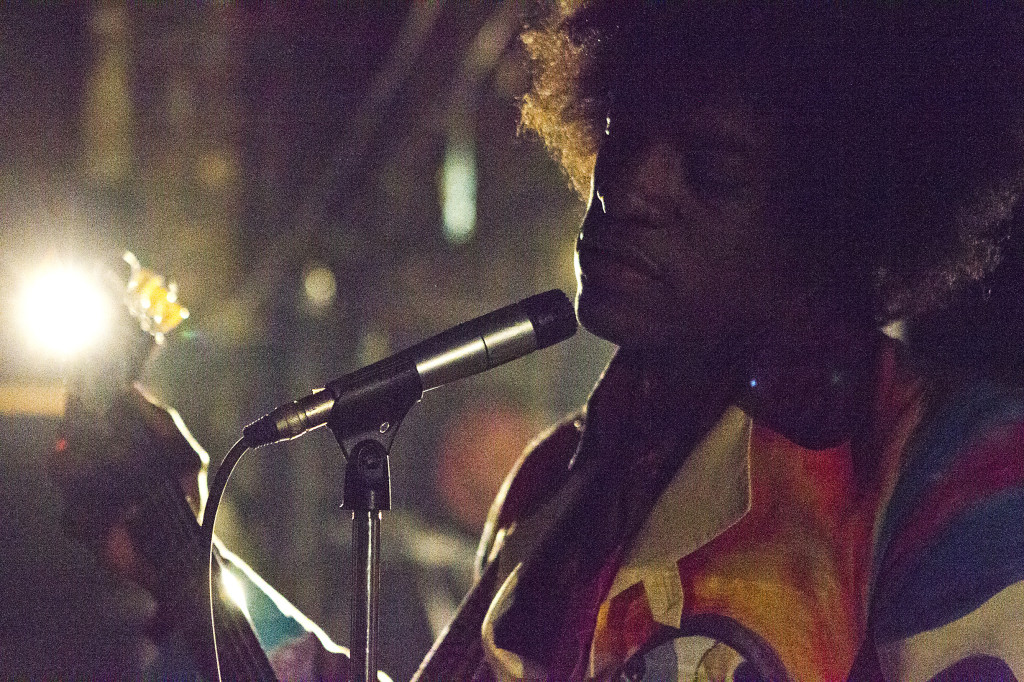 His meteoric rise to fame in 1967, underwritten by the performance during which he literally set his guitar alight on stage and co-signed by his premature death at the age of 27 in 1970, secured an iconic place of honor for Jimi Hendrix among the pantheon of rock music gods. And yet the story behind the ascent of one of music’s most mythical figures has never truly been told. That is, until now.

Jimi Hendrix was definitively born in Seattle and, arguably, musically reared in New York City, but it was in London that the former Johnny Allen Hendrix would first find fame before ever experiencing the same in America. The new film, Jimi: All is By My Side, offers a snapshot of the singer’s journey from Harlem to the heights of fame on the other side of the pond. Interestingly, however, the film was shot in Dublin, Ireland which acts as a stand-in for the swinging 60’s in London – a fact that thrilled the film’s Dublin-based Costume Designer Leonie Prendergast.

“Absolutely!” Prendergast exclaims through peals of laughter when asked if she was excited by the prospect of a film about Jimi Hendrix being shot in her native Dublin. “To get to design a job that was set in the 60’s and also about Jimi Hendrix was an incredible honor for me.”

“You couldn’t dream it up. When I heard the movie was being made, I was like ‘Oh my god! I have to design that job!’ She continues enthusiastically. Prendergast’s father, a member of a popular 60’s Irish show band himself, played the music of Hendrix, The Beatles, Janis Ian and Joni Mitchell, among others, around the house when Leonie was just a wee little girl. And it was these sounds from her childhood home that, at least in part, inspired Prendergast to push herself to capture the spirit of a narrow space of time in 1960’s London in as true a form as possible with the film’s costumes. 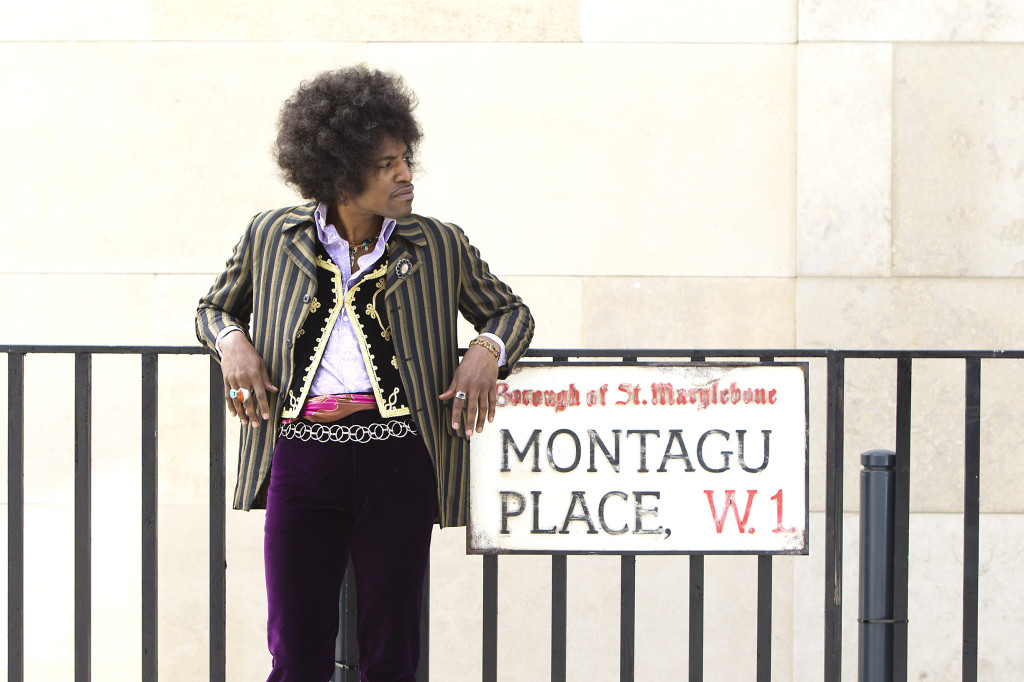 “What you want is to get as real and authentic as possible,” the designer explains of her approach to film’s costumes which evoke London’s place at the vanguard of fashion during the era. “So when I was researching I would not only be looking at fashion plates of the time, but I would be looking at actual pictures of streets of London and interiors of clubs to get a real sense of what the general public was wearing. The main aim was to make it look real and authentic and not too over stylized, in order to capture the real essence of what was going on in London at the time.”

On the subject of time, Jimi: All is By My Side, directed by John Ridley, writer of the Oscar-nominated 12 Years A Slave and Three Kings, does not attempt to tell the complete story of Hendrix’s life. Instead the movie fashions a compelling introduction to the musician vis-à-vis a version of events that occurred during the pivotal period between 1966 and 1967 when the virtuoso went from playing empty clubs in New York City as Jimmy James to wowing the world as the creative giant behind The Jimi Hendrix Experience at 1967’s Monterey Pop Festival alongside The Who, Janis Joplin and The Mamas and The Papas. That Ridley accomplishes this feat without the consent of the Hendrix estate or a single original Hendrix song is a testament to both the strength of his directorial debut and André 3000’s (née Benjamin) engaging embodiment of the rock n’ roll legend. Speaking of which, André 3000’s performance is one of the film’s standouts. Not only does the Oukast frontman capture the psychedelic 60’s drawl that was Hendrix’s signature, he physically transforms himself in order to mimic the singer’s emaciated person and in the process convincingly sidesteps his own persona to become Hendrix.

The film’s success also glides along on the strength of performances by the supporting cast including an intoxicating Imogen Poots in the role of Linda Keith, Keith Richards’ model ex-girlfriend who is credited with having discovered Hendrix in 1966, and Hayley Atwell as Kathy Etchingham, Hendrix’s long-term British girlfriend. Cast aside, however, it is Dublin that is perhaps one of the film’s unexpected stars – dressed as London though it may be.

“[Though] the film is shot in Dublin…the production designer, Paul Cross, did a great job replicating interiors and sets for New York and London where Jimi: All is by My Side is set,” explains Prendergast who scoured London’s vintage stores for the costumes worn in the films. “A lot of the scenes within the movie were filmed in great music venues in Dublin. Most notably is the scene in which Jimi and The Experience perform “Sgt. Pepper’s Lonely Heart Club Band”. They originally performed this Beatles song in the Saville Row Theatre in London [but] it was shot in the Olympia Theatre in Dublin. Secondly the scene where Jimi meets Kathy Etchingham in the Scotch club in London was filmed in The Workmans Club in Dublin.”

And yes, in case you were wondering, both Dublin outposts come with Prendergast’s stamp of approval as do other notable points of interest in the city including Trinity College and Grafton Street (the city’s main shopping thoroughfare}, the Guinness Storehouse.which the designer describes as a “must”, and St. Patrick’s Cathedral.

Prendergast’s infectious love for Dublin was clearly shared by the film’s cast and crew who delved into life in the Irish capitol in their off hours. “It was strange,” says Irish born actress Ruth Negga, who portrays a love interest of Hendrix in the film. “I’ve made TV shows in Ireland but I’ve never made a film here. It’s lovely being in Dublin because it’s so much smaller than London. It’s easier to maneuver. We were staying at the Shelbourne Hotel and you’d get home and you’d have Dublin on your doorstep to do whatever you wanted. You’d go for a walk in the park. In the evening, André went out exploring Dublin.”

Perhaps in a nod to the genius of the film’s subject, Prendergast reminds me as we are about to end our conversation that “Ireland has produced amazing poets, musicians and writers” all of which has helped earn the country earn its reputation as “the land of saints and scholars”. Put in that light, Dublin does not at all seem an odd choice as the location for a film about Jimi Hendrix. In fact, it seems as decisively unconventional as the songbook of one of music’s brightest lights.

Jimi: All is By My Side is in theatres now. Watch the trailer below: