Tucked minutes away from the heart of urbane downtown Healdsburg lies Madrona Manor, the enchantingly romantic and historic inn that might as well be a world apart from its nearest neighbors given the charm with which it evokes a bygone era. Set on eight wooded acres overlooking Sonoma County’s Dry Creek Valley, the Victorian estate, built in 1881 as a private residence that would a century later become one of the most stellar examples of the graciousness of Wine Country living, does not presume its status as the county’s grand dowager based upon its history but instead earns it with old-fashioned awe.

Even the approach to Madrona Manor is beguiling, appearing as it does at the manicured apex of an uphill drive through the magnificent gate that welcomes guests to the property. Beyond that, there is the sense that the hotel is about more than the sum of its rooms, gardens and amenities, but instead about an experience. 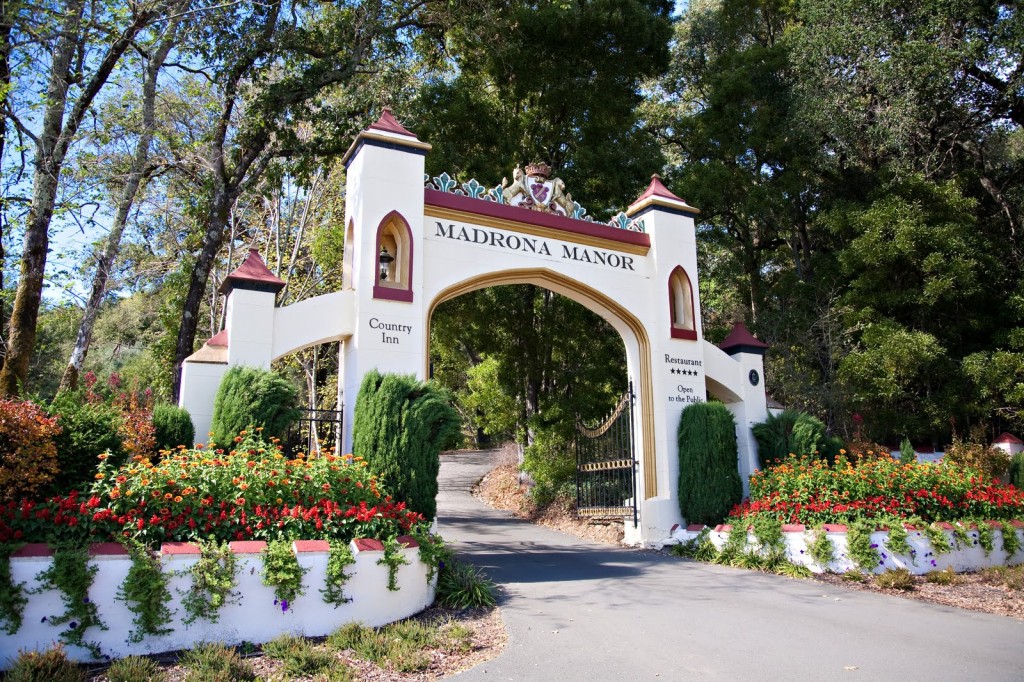 What serves as the inn’s lobby conjures up a vintage parlour or salon where the daily parlance might have been more along the lines of “How do you do?” than “Hi”. Similarly, the manor’s Michelin-starred restaurant, helmed by Executive Chef Jesse Malgren, delivers contemporary California cuisine of the highest order in an old world setting that is in perfect harmony with the grace and elegance of the service with which it is presented. And then there are the rooms and suites — the gloriously antique-laden collection of guestrooms and suites at the hotel, where fireplaces are de rigueur rather than the exception.

Anything but cookie cutter, the accommodations on offer at Madrona Manor are suffused with ‘character,’ that all too rarely seen commodity in the hotel industry these days. Moreover, the individual decorative flourishes of each room right down to the grates that guard the fireplaces or the decided exclusion of televisions, herald guests’ arrival to an escape from the homogeneity and humdrumness of the expected.

If given the option (and the budget) book into the one of the two Schoolhouse Suites, located in a former 1920’s schoolhouse at the edge of the property. Not only does each come complete with a king-sized bed, spacious sitting room, and a Jacuzzi fit for two with dreamy views of the bedroom fireplaces, they also come with the guaranteed seclusion of relaxing private decks overlooking gardens and a back wooded glade. It goes without saying, that these suites, like the Madrona Manor itself, light the spark of romance on sight. And that little amenity, like great romance itself, is built on history.

To find out more or to make reservations at the Madrona Manor, visit, www.madronamanor.com.