Everyone seems to be obsessed with food these days. Either we’re talking about where to eat and marveling at a particular chef’s culinary skills or we’re talking about what not to eat and the latest fad diet. It’s just food…food…food… all the time. While chefs have become mega-celebrities (‘Hello Mario Batali and Michael Symon’), some celebrities have become demi-gods in the restaurant world by partnering with culinary titans. With that in mind, here are my picks for the ten hottest celebrity restaurants. A few are owned by thenew breed of celebrity chef I referenced above, but most are owned, at least in part, by stars of the big and small screen. However they all have one quality in common — success. 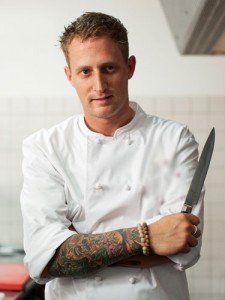 Tattoed Top Chef Season 6 winner Michael Voltaggio has the high wattage good looks of a rock star and the culinary skills of a master and he has been putting both to good use since demolishing fellow contestants, including his own brother Bryan, back in December 2009.

First came the October 2011 release of the gorgeous cookbook Volt ink which he co-authored with his brother and then came the debut of not one but two new restaurants. First to open was, the friendly, casual Ink Sack where the c.l.t. (chicken liver mousse, curried chicken skin, lettuce and tomato) and the homemade Maryland Crab chips will change your life.

Then came the more formal, but decidedly edgy Ink, where inventive small plates like salmon, charred cucumber, cedar leaf, daikon radish rule the menu. (And the good news for real fans is that if you’re lucky enough to get a reservation, you just might catch a glimpse of Mr. Voltaggio himself in the kitchen…which may be as big a treat as the menu itself). 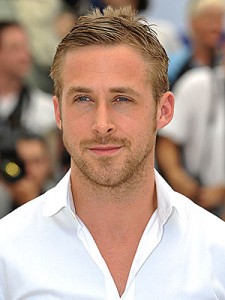 It seems only too appropriate that white hot actor Ryan Gosling would open a restaurant that was both sexy and exotic. A Beverly Hills outpost for Hollywood’s brightest lights, Tagine is a Moroccan restaurant at heart, with a menu that makes obvious nods to French and Spanish cuisine. Try the Bastilla appetizer, a light layer of phyllo with Cornish hen and scrambled eggs, sprinkled with saffron and powdered sugar. It is reportedly one of Ryan’s favorites.

You probably already know he can sing, dance and even beat box, but did you know that Memphis-born, Grammy Award-winning pop superstar Justin Timberlake loves himself some southern BBQ? Well he does and it shows in his restaurant Southern Hospitality BBQ, where the menu includes down home favorites like Baby Back Ribs, Smoked Beef Brisket, Smoked Prime Rib and Fried Green Tomatoes. As an added bonus, Southern Hospitality BBQ has lunch specials starting below $10, making it much more affordable than most of the restaurants on this list. 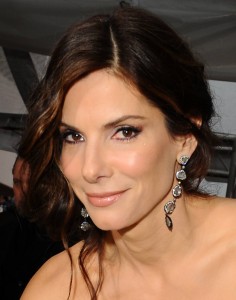 With a menu diverse enough to include everything from a Croque Monsieur to Shepherd’s Pie to Bacon, Shrimp and Grits, Austin’s Bess Bistro is as eclectic as its Oscar-winning owner. While you’re there, check out Walton’s, Bullock’s newest space which also reportedly includes a snazzy new restaurant that’s got Austin’s finest buzzing.

Okay…so Ryan Phillippe is only one of 20 or so investors in Craig’s, but I’m still going to add this one to the list, not only because the proprietor of the restaurant is so beloved by some of the biggest names in Hollywood that he is a celebrity in and of himself, but also because on any given night everyone from George Clooney to Jackie Collins to Mr. Phillippe himself can be found dodging the paparazzi to slide into one of the restaurant’s clubby cubbyholes for a nosh.

In total, the partnership of Chef Nobuyuki Matsuhisa and Oscar-winning Hollywood legend Robert Deniro has spawned 22 restaurants around the globe, from Perth to Dubai to Milan. In every city, the crowd is always “top drawer” and the sushi and sashimi is consistently flawless. This is one celebrity outpost that has mastered the art of translating without sacrificing quality. 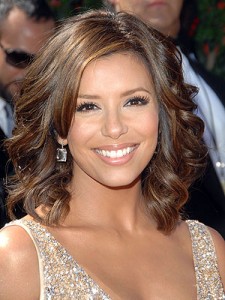 Eva Longoria may play a “desperate housewife” on television but she is anything but in real life. In fact she’s one helluva business woman. With her friend Todd English as the head chef, Longoria opened Beso back in 2008 and all her Hollywood friends came a calling. Longoria’s gal pal Victoria Beckham even celebrated her birthday at the Mexican-themed hotspot with Kate Beckinsale and a cache of other Hollywood heavyweights.

Inside tip: try the guacamole and tortilla soup…they are both made from Longoria’s family recipes. That’s right…she can cook too!

He may be most well known for his outrageously over-the-top antics in the kitchen, but when it comes to the food that ultimately comes out of those kitchens, Ramsay is the epitome of composure and cool. With three Michelin stars, Restaurant Gordon Ramsay, Gordon Ramsay’s signature restaurant, is in a class of its own. And for the record, it is also the only restaurant in the UK with such a distinction to have a female Head Chef, Clare Smythe.

The Farmhouse is the more formal dining option at Richard Gere’s Bedford Post Inn, a luxuriously cozy eight-room getaway just about an hour outside of New York City. With a superstar big city chef, a seasonal menu with strong Italian leanings, and a bevy of celebrity neighbors that include everyone from Bill and Hillary Clinton to Martha Stewart and Glenn Close, The Farmhouse brings a touch of big city to country life. 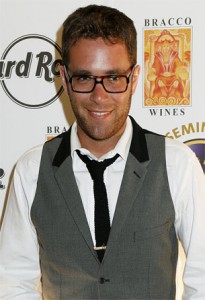 Top Chef Season 2 winner Ilan Hall opened The Gorbals back in 2009 in downtown Los Angeles and it’s been humming along ever since with an ever changing menu of innovative new dishes. Along the way the restaurant has helped to drive the burgeoning foodie culture in what was once considered LA’s no-man’s land.

Note to the wise: Try the Bacon Wrapped Matzoh Balls…Food & Wine’s Gail Simmons named it one of the best things she ever ate. How’s that for a recommendation?