By writing this week’s blog, I almost feel as though I’m breaking a cardinal rule of life in La La land, where celebrities are akin to a royal court. You see, access to the Hollywood court of celebrity is predicated upon not being a sycophant, or to put it more simply, pretending to be unaffected by celebrity (which in large part I am not). So by telling you my favorite places to spot celebrities, I am also tacitly admitting that I actually care about celebrity. Ah well…C’est la vie. I’ll make the sacrifice. What can I say? I’m a giver.

Below are five of my favorite places to spot celebrities on both sides of the pond in no particular order:

This starry stretch of high-priced Los Angeles real estate is famous for celeb spotting and has personally brought me face to face with everyone from Ryan Gosling and Rob Lowe to Owen Wilson and Demi Moore. Settle in for a coffee or a nibble at any of the chic eateries along Sunset Plaza (Le Petit Four is a personal favorite of mine) and watch the celebrity parade go by. (Hint: Just west of Doheny Drive you’ll find two ultimate celebrity hangouts, the ultra private, members only SoHo House and the Beverly Hills Hotel. Oh…and Hollywood also loves the Boa Steakhouse on Sunset Blvd if you’re feeling like treating yourself to something special — Try the Caesar Salad if you do, it’s heaven!).

Is it any surprise that you might spot A-list stars in a celebrated enclave that counts among its high-profile residents Steven Spielberg, Ralph Lauren, Jerry Seinfeld, and Christie Brinkley? Especially one that simultaneously provides the glossy backdrop for ABC’s fictional hit series Revenge? Hardly. With the likes of Sarah Jessica Parker, Gwyneth Paltrow and every other bold-faced name from New York trooping to this hallowed and exclusive beachside getaway, celebs aren’t hard to find, particularly in the boutiques and cafes along North Main Street on a weekend morning. Not so long ago, just outside the gourmet grocer, Citarella, I had a run-in with the self-proclaimed ‘King of All Media’ himself, Howard Stern. Let’s just say it was a moment.

Between the universally popular Nobu restaurant and The MayFair Hotel, Berkeley Street is one of London’s most powerful magnets for high profile celebrities from both sides of the pond. In recent memory, Princess Beatrice sashayed past my table at Nobu, I literally bumped into Diddy in the lobby of the Mayfair, and Ioan Gruffudd (Fantastic Four) and I exchanged “hellos” on the street. And that was only on my third day in town. 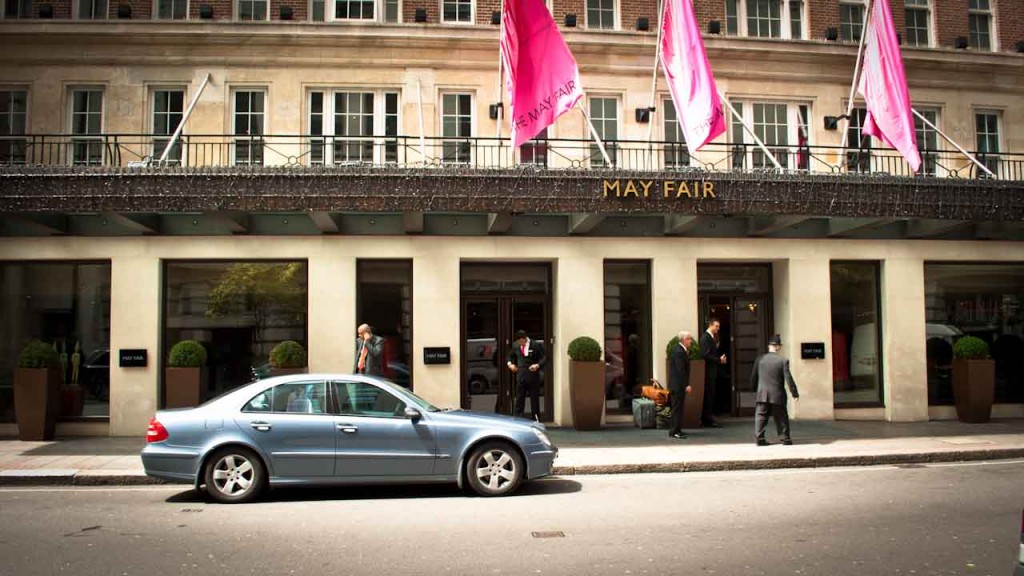 Diane Von Furstenberg, Marc Jacobs, Vivienne Westwood and Jonathan Adler all have outposts on Melrose, which is also home to some of LA’s hottest restaurants including Robert Deniro’s Ago, Rick Bayless’ Red O and Michael Voltaggio’s Ink, which I told you about last week. That kind of star power only attracts more star power, which is why it’s the perfect place to spot some of your fave celebs. Spotted recently by yours truly, It’s A Brad Brad World star Brad Goreski and the uber fabulous Gwen Stefani.

The Berkeley is not only one of London’s most stylish hotels, it is also one of the most popular among the celebrity set. Madonna famously stayed in the hotel’s Penthouse suite during renovations of her home and still favors the hotel’s chic Blue Bar, which also happens to be frequented by everyone from Naomi Campbell and Kate Hudson to Leonardo DiCaprio and David Beckham. Do yourself a favor and pop in for The Berkeley’s coolly, sophisticated afternoon tea service which is called Pret-a-Portea, because of the inspiration it draws from each season’s fashion collections. Aside from the fact that you might run into Victoria Beckham or Dawn French, it is the ultimate fashionista treat. 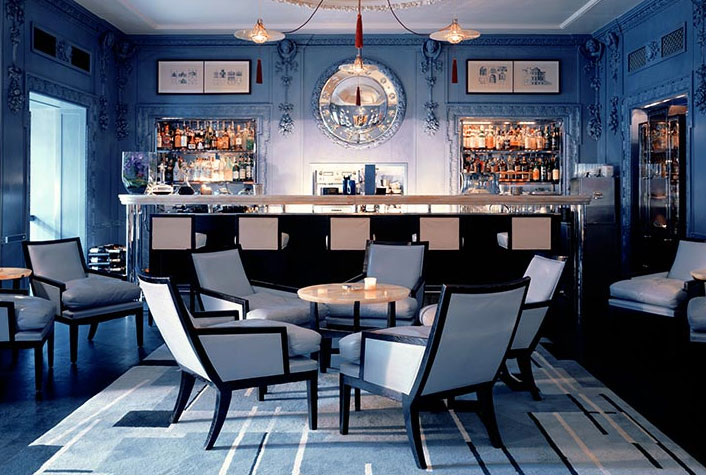