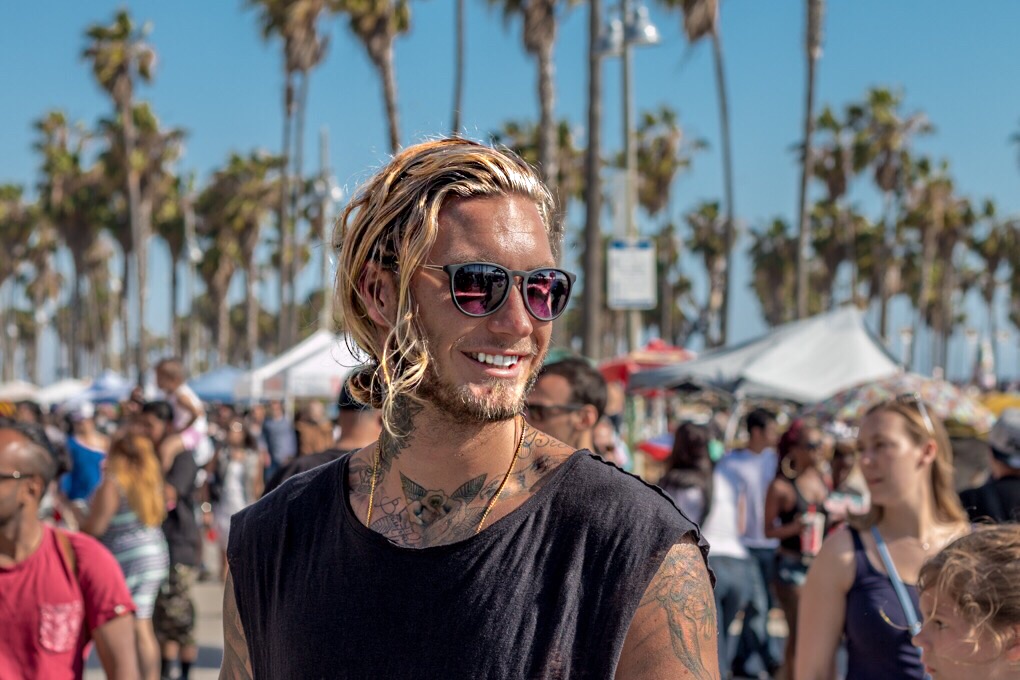 “It is very important in the world we live in today that we as humans can just let go of what we’re doing sometimes and just enjoy ourselves and dance. I love to give people that experience.” — MORTEN

The Danes are coming! While the Swedes may have laid claim to a pretty significant parcel of the dance music landscape in recent years, Danish DJ MORTEN is almost single-handedly carving out a slice of the scene on behalf of his fellow countrymen in neighboring Denmark. Could this be the start of a new Danish dance music revolution?

Who can say? Music is a fickle thing.

But revolution or not, there can be little doubt as to fact that MORTEN is in the midst of a very big moment that kicked off in earnest back in 2008 with a chart-topping, award-winning collaboration between the DJ and Danish pop duo Nik & Jay and has continued through the last several months capping off what can only be described as a very good year musically for the Dane. In addition to playing a slate of major gigs in some of the hottest venues around the world in 2015, one of the highlights of which was closing the popular Skanderborg Festival just this past August in his native Denmark before a crowd of 35,000, there was his glorious unofficial remix of Adele’s “Hello” that began setting dance floors across the globe ablaze just a few weeks back, racking up more than a million spins in its first three weeks of release despite being quite difficult to find given that it was unsanctioned.

Unlike so many other remixes of late which have woefully fallen so deep into the soulless ravine of homogenous dance beats and contrivances that they wind up completely and utterly detached from the original melody or vocal, MORTEN’s take on “Hello” is organic inasmuch as it leaves the signature vocal front and center and respects the intent of the song while simultaneously layering an infectious groove onto it that works for the dance floor. It is in fact the kind of remix that hearkens back to the era of what might be called the ‘superstar remix’ – that moment in music not so very long ago that heralded the rise of superstar djs who were savvy enough to craft remixes that were as good as or better than the originals. Remember those? Of course, I’m referring here to the mix masters behind mega remixes of hits in the late 90’s and early 00’s by the likes of that era’s ruling cabal of one-named divas – Whitney, Mariah and Cher. [Gold star to you if you called that one.] 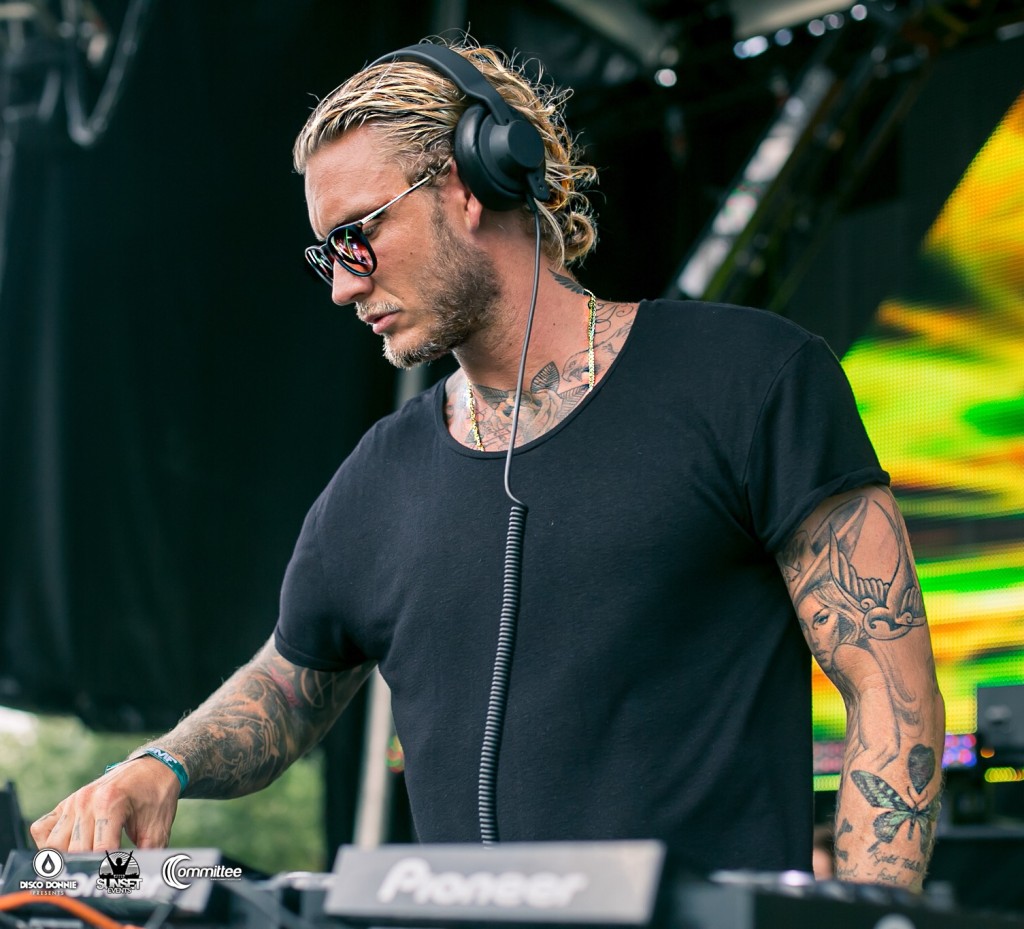 Like those who have done with the music of other divas what he has done with Adele’s latest mega hit, perhaps the key to MORTEN’s take on “Hello” is that it reflects his deference to the raw talent of the diva about whom the whole of the music business is currently buzzing.

“I’m a great fan of Adele,” the DJ with the model good looks enthused during a call from Copenhagen, where he was taking a break from shooting a new campaign for the Danish brand Halo. “For me, Adele is one of the greatest singers we may have ever had. I love her so much. The track [“Hello”] came out on a Thursday or Friday and I heard it on Saturday. Then I woke up on Sunday…and played around with it. I called my manager that night and played it for him and he was like, ‘We have to do this!” We knew we had to be on it. I worked three days straight with another DJ in Denmark…I didn’t even sleep because I knew there were going to be other [remixes] coming out.”   MORTEN’s efforts not only paid off in the form of the near universal praise his remix received from his fellow DJs and fans alike but also in the rapturous reception his spin on the hit track has continued to receive during his live sets in clubs from New York to Vancouver and beyond in recent weeks.

On the heels of that bit of unexpected, if welcome notoriety, comes a completely different and edgier collaboration with DJ Karma Fields called “Stickup” which, after years of delay, was finally released on the Monstercat label on November 30th  and features vocals by actress and singer Juliette Lewis, another artist whose talents inspire enthusiastic praise from the rising star DJ.

“First of all, I think Juliette Lewis is so cool. She’s [expletive] amazing! I’ve always loved her. She’s so edgy!” MORTEN gushed.

“[‘Stickup’] is actually an old track. It’s a weird story,” he explained before launching into the tale of how the collaboration came to be. “I was so lucky to get in the old EMI studios with [Juliette] in LA three years ago and I had this house track that was kind of rocky so I played it for her and she loved it right away. She had all these ideas…and she was very excited and she was like ‘Let’s do this!’ [The recording] was really intense. She was screaming and pulling her hair. It was great. Right after I got out of the studio I knew the production that I had wasn’t suited to her vocal because her vocal was too intense…too strong…it didn’t fit the production. I needed something crazier. I met this guy in LA called Karma Fields. He does really crazy electronic stuff so I sat down with him and we finished up the track and I think it is a unique track and it really suits her vocal.”

The result is a track that may not be to everyone’s taste, but is nonetheless proof of the breadth of MORTEN’S talent and his willingness to take risks in an increasingly derivative arena of the music business. All of which is in keeping with the music man’s thoughts about music in general and the anatomy of a great dance song. “I think music is a bit like fashion. It moves. It travels,” he explains with the quiet zeal of a shaman. “But for me throughout the years it has always been [about] something with a good groove. It’s got to be bouncy. I listened to a lot of hip hop when I was younger and now I work a lot with house music and I like to add these elements from hiphop where it feels like the head is bouncing and you put your hands up and it’s like you want to be moved by the music. And then there’s the feeling …if you have a vocal that really touches you that’s something different. If you can combine these two things…the elements that make you move and the words and the vocals or melody that gives you emotions then you can really create something unique. That’s what I look for…ways to touch people through music.”

“Recently I’ve been playing in South America,” said the DJ who now calls Los Angeles home. “I’m actually playing in Peru again in two weeks and the crowd down there is just completely crazy and that is really, really fun. And then of course Denmark. Most of my fans are here.  I played in here in Denmark this past Saturday and it was the first snowstorm of the year and 1,200 people still showed up for me so it’s always very special to play here. Ibiza is very special as well because it’s like the capitol of house music.”

Given the number of miles he logs on the road in a given year, I asked what items he never leaves home without. “I kind of have a fetish for skincare products and hair care products,” he responded quickly with the slightest chuckle. “I don’t leave without those because I’m not a big fan of the hotel products. I like to have my products. There are also so many good things to bring from LA like protein bars and healthy stuff like vitamins…I always have those things with me [as well]”.

Speaking of healthy stuff, my final question to the DJ of the moment was not about music but instead about tips for staying healthy while on the road, since he is notoriously fitness minded.

“For me it’s just part of a daily routine. I work out almost every day. I have to do it,” he replied summoning up that shaman-like zeal once again.  “I think it’s very important to get into a routine where you work out regularly. It’s not important how much you work out it’s just important that you get it done every day. There’s no excuse not to because you can even do it in your hotel room. I often do something called 500 or 600 where I do one hundred of each thing…a hundred sit-ups, a hundred push-ups, a hundred squats…and it may only be 20 or 30 minute workout but it’s important to get your body moving especially after a long flight.”

“I stand on the stage every week,” he added with a sense of benediction. “If I feel good in my body and my clothes feel good on my body, I have one less thing to worry about and I can worry more about the music and being present instead of worrying about whether you can see my belly or that I’m not healthy.”

And again…it’s all about the music with MORTEN. Just as it should be.

Find out more about MORTEN and his upcoming international tour dates at mortenofficial.com.

Read this article on the Huffington Post at: www.huffingtonpost.com/morten