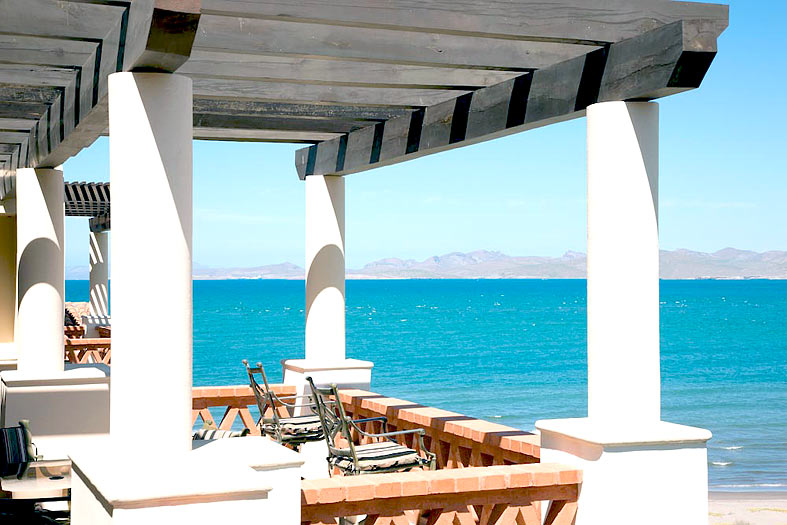 Mexico’s been getting a bad rap lately. Especially in the press. But I’ve actually got some good news about our neighbor to the south and my tale begins on the Sea of Cortez in the hidden gem that is La Paz, the capital of Baja Sur California, Mexico (and yes that is the complete and proper name).

Before I discovered La Paz, my experience of Mexico had been limited to what I like to call ‘tourista Mexico’ which by my estimation includes the most popular South of the Border destinations for Americans — Cancun, Acapulco, Tijuana, etc. And if I’m honest, while I don’t knock any of those places at all, they really aren’t my thing. Too crowded, too rowdy and too popular among the college spring break crowd do not a Living Wells experience make. The calm, tranquil, non-scene La Paz, however, is a completely different story.

For the first part of my stay, I booked into a junior suite overlooking the Sea of Cortez at the ultra modern new Grand Heritage Costa Baja Resort which certainly set things off on the right footing. Keenly aware of the expectation that comes along with being the first 5-star resort in La Paz, the folks at Costa Baja have made sure that no modern convenience goes amiss for guests of the hotel.  Each room at the sprawling property includes complimentary wireless Internet access, coffee/tea makers, and 42-inch flat screen televisions with loads of America channels. Bathrooms even offer glass-enclosed showers that are kinda sexy if you‘re into that sort of thing. That said, be prepared for the fact that that there will be no long soaks in your suite at the Costa Baja Resort because there are no bathtubs in the rooms, which was fine by me because I guess I‘m really into “kinda sexy”. 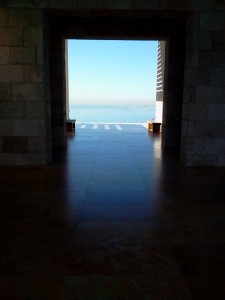 Elsewhere on the property, there is a spa, and a number of restaurants with a little something for every taste and mood, from haute cuisine to beach bar casual. There’s also an 18-hole golf course that’s worth seeing even if you don’t care one wit about putters, clubs and little white balls. Not only do 14 of the 18 holes on the golf course have views of the Sea of Cortez, the striking Costa Baja Golf Club sits at the highest point on the course overlooking the desert/sea landscape and its pretty “to-die-for” fabulous. And that’s coming from someone who loves golf carts, golf clothes and golf clubs but isn’t necessarily gaga over the sport. Just a point of reference that I’ll not digress about further.

Outside the resort, the Malecon, the statue-lined boardwalk running along the sea down through the center of La Paz, is the big hub. Clearly it’s where locals like to hang out and it’s reportedly pretty happening on the weekends, though I can’t independently confirm that as I was there during the week. I can however confirm that Palermo’s, my favorite dining spot in town, is located right at the heart of the action on the Malecon. And, if you’re thinking Palermo’s is an odd name for a Mexican restaurant you would be correct. Just as the name suggests, Palermo’s is actually an Italian-ish restaurant beloved by locals and tourists alike because the menu is authentically delicious. (Particularly noteworthy from my meal, the pizzas, the lamb and the sushi…I did say it was ‘Italian-ish’). 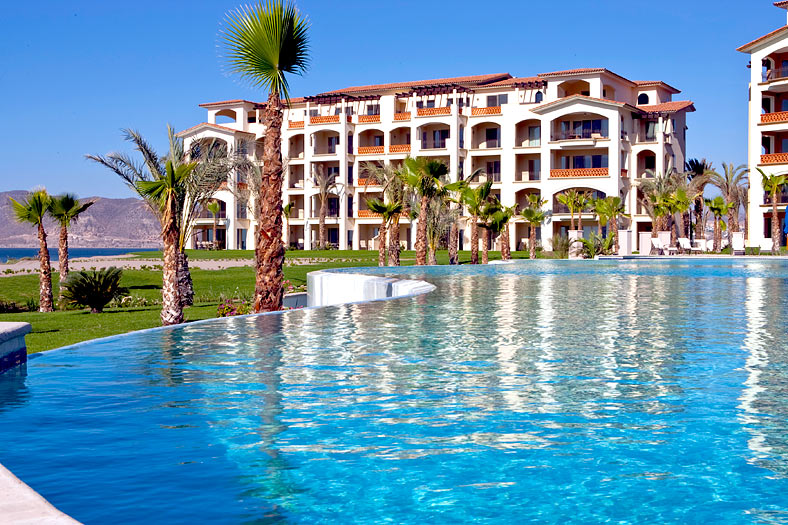 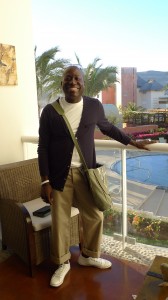 Another must see in La Paz is the Paraiso del Mar Resort, which is tucked away on an island surrounded my mangroves in the Sea of Cortez. Accessible by boat from La Paz, the Paraiso del Mar takes luxurious remoteness to the next level. Because it’s a private island, the Paraiso del Mar truly has the feel of a community. There are no wild nightclubs, no lookey loos, and by my estimation none of the party people from ’tourista Mexico’. Just five miles of unspoiled beaches and endless outdoor fun in the island’s pools, on its tennis courts or engaged in tons of outdoor activities like kayaking with whale sharks, golfing, scuba diving and swimming with dolphins. The island is actually so delightfully removed from what hubbub there is in La Paz, that the last free shuttle to the island from La Paz leaves at 11:30 at night so unless you’ve got your own private boat, you’ll need to make sure you have everything you need for your stay before lights out (be not dismayed however, because the resort offers a grocery pre-stocking service, private chef service, a restaurant and a couple of bars in addition to running a local mini market to ease your transition to paradise).

Beginning to think about Mexico a little differently? I should hope so! Next up: whale watching in Magdalena Bay and discovering Todos Santos, the Hotel California and exploring Loreto Bay. Oh yeah…we’re going there!

Find out more about La Paz at: www.vivalapaz.com.