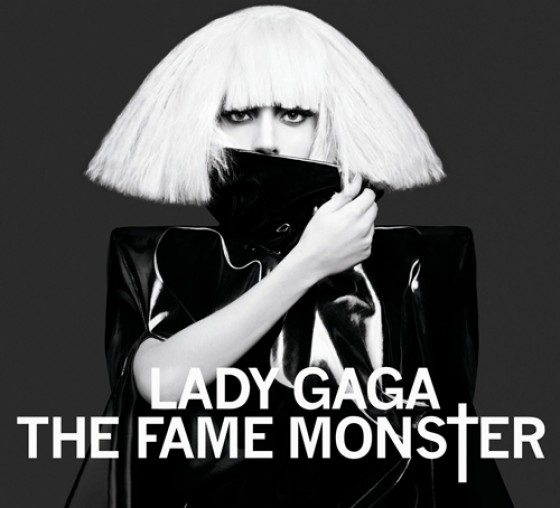 Fame is a thing well known to 22-year-old electropop princess Lady Gaga , who is anything but afraid to sing about what seems to be one of her favorite subjects on her cheekily titled new album.

The Lady and her House of Gaga have been winning gay raves ever since her first single “Just Dance” dropped over the summer launching the career of what many are already describing as one of the next gay icons. Counting  Andy Warhol, Queen and David Bowie among her musical heroes and citing rock star girlfriends, Peggy Bundy, and Donatella Versace as her fashion icons, GaGa’s music reflects not only those who have influenced her but a natural predilection for theater, performance, artistry  and, of course, attitude.

In this exclusive interview conducted days after the release of The Fame, Lady Gaga reveals her true feelings about Christina Aguilera,  the story behind the House of Gaga, finding inner fame and what she thinks become a gay icon most.

Duane Wells:   So let’s be catty.  After Christina Aguilera’s performance at the 2008 MTV VMA’s a lot of folks seemed to think that XTina had, shall we say, borrowed significantly from your sound and look.  What did you think of the performance…honestly?

Lady Gaga:     Well, I think that there were a lot of similarities for sure…but I think everyone made such a huge deal out of nothing. She’s been around for such a long time and I have a tremendous amount of respect for her.

It’s a small industry and everyone inspires everyone, so, if anything, I was really, really flattered by the idea that Christina may have been inspired by my work.

DW:    Well they do say, imitation is the sincerest form of flattery.

LG:      Yeah.  It was really very flattering and I don’t have any hard feelings about it.  I think Christina is tremendous.

More than anything I wanted to wrap my arms around all of my gay fans and hold them because they are all so protective of me and they were all so sweet.  I was really humbled to see all the blogging and the emails that I got.

DW:    Speaking of that, let’s talk about this House of Gaga of yours.  They put any old street team to shame!

LG:      What we’re doing is very real.  This is my lifestyle and my livelihood.  I’m creating all day long and the House is working and collaborating…always trying to make the show better and more honest and more powerful with its imagery and its fashion.

I’m so excited  that we’re starting to see an impact with my imagery and that its starting to infiltrate culture in a very real way.  That’s what I want to do.  That’s my goal. 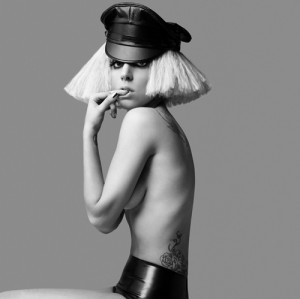 DW:    And for all those who are unfamiliar with the House of Gaga, can you just explain what it is in your own words…because the Gaga-ites  are so much more than just your average fans, right?

LG:      The House of Gaga is not made up of fans necessarily, although there are some people that have come into the House as a result of me meeting them as fans and they are now making art.

The House is my creative team separate from the record label and we’re very close and we work night and day…creating the fashion, the look and images for the films, we’re working towards treatments for videos and incorporating technology into the fashion…everything.

DW:    So it’s sort of a much more far-reaching glam squad then…

LG:      Well glam is definitely a part of the House but we work in a much more multimedia way.

DW:    Given the ramped up glamour and sexiness of your new video for the single “Poker Face” I can only imagine that the House played a big role in creating that slice of magic?

LG:      Well I really wanted to start transitioning as an artist into more of a position of power from a performance standpoint.  I wanted to take ownership of my music and of the dance and of the performance and the fashion as a strong ass sexual woman.  So that was my goal with that video.

DW:    The Fame feels like a very personal collection.  Is that an accurate assessment?

LG:      Absolutely.  It’s completely autobiographical.  Every song on this album…I could run through it with you and tell you exactly who the record is about, how it happened, what I was going through at the time…everything’s got a story.  The assumption with pop albums is that that’s not the case.  But I’m 100% the heart and soul of this record.

DW:    Have you always been such an open book?

DW:    What’s the most autobiographical track on The Fame?

LG:      “Brown Eyes”…I wrote that song a long time ago and I had never had my heart broken like I had when I wrote that record.  That was one of those 3 AM, crying in my apartment at the piano…one foot on the bed and one foot on the floor.

DW:    Well that pain reads very authentic in the song.

LG:      I think so.  I did those vocals after a lot of red wine and crying in the studio.  The Fame has a lot of things on it that I think people wouldn’t know about me because I do electronic pop music.

DW:    That’s old school especially nowadays when most singers cut, paste and punch their hits together.

LG:      That’s not really my style.  We’ve done some of that, but sometimes it’s totally raw…[depending] …on what I want for the song.

DW:    Is that desire for authenticity fueled by the fact that you’re a singer/songwriter in a genre where that is combo is rarely seen?

LG:      I think that what makes me different is that I’m applying the philosophies of a singer/songwriter to pop music and I’m embracing the new media.  We’re dealing with the future. 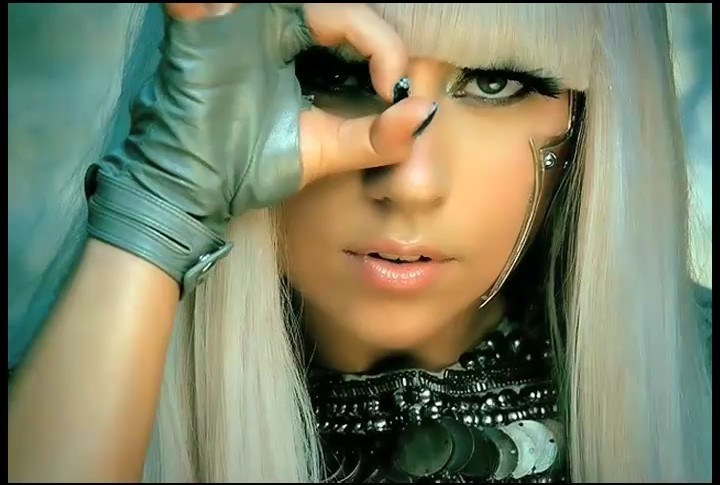 DW:    Why did you title your new album The Fame?

LG:      The title The Fame comes mostly from New York City.  I’m such a New York baby.  I love this city so much…it’s such an inspiring place.  I’m getting teary eyed driving around talking about this.

I’m actually going to see some of my friends tonight and we’ve got a sense of inner fame that we’ve had for years…way before any of this happened for me.  It’s something that’s inside of us…that’s a part of who we are.  You can smell it because of our passion for our work and our style and the way we live and breathe our art.  We walk down the street and people say, ‘Who the hell are they?’ and we’re nobody.  That’s why I called the record The Fame.

I wanted to express to people all over the world…that there is something that’s beautiful and glamorous and positive about fame and it’s a cult of who we are and it’s something that can be used in a good way and not in a flagrant way.  Like the way Andy Warhol used it and the way that David Bowie used it and the way that all those young artists in Paris is Burning used it.

DW:    You know when you mentioned Andy Warhol it occurred to me that the House of Gaga is very much like Warhol’s famous Factory.

LG:      Absolutely. That’s exactly what it is.  Well that’s what I strive for anyway.  I should be so lucky thirty years from now to have half the creative genius that he did.

DW:    Well I think you’re well on your way.  I also think that many of your fans think you’re on track for gay icon status already.  What do you think about that?  Is that something that’s important to you?

LG:      I love the gay community and I love my gay fans so much…in a way that I never even knew was possible.  When people say ‘you’re going to be a gay icon’ I hear that and I think to myself…what an honor.  But, I also think to myself …if I’m going to be a gay icon, I don’t want it to be because of the way I dressed or because I’m flamboyant on stage.  I want it to be because I love and embrace and fight endlessly and love so hard for a community that I will in turn bring other people into.

DW:    I wish I could disagree but I can’t.  The Lady speaks the truth.

LG:      It’s the honest to fuckin’ truth.  If I can let people in on that joy then that would make me a deserved gay icon, but it’s not going to be for my shoes.  It’s gonna’ be because I really love you guys.

Find out more about Lady Gaga at www.ladygaga.com