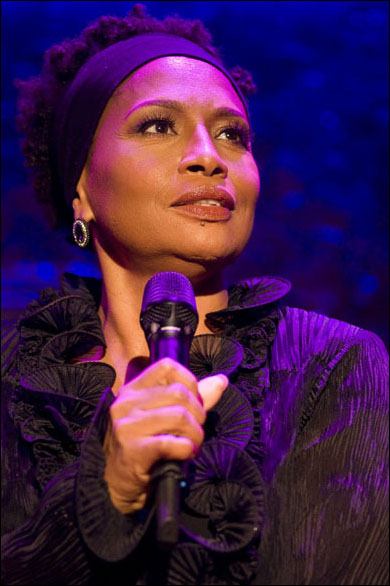 If there’s one thing Jenifer Lewis doesn’t have time for these days, it’s a walk down memory lane through all the folks she may or may not have encountered in her three-decade-long career. I discovered this when I asked her about a mutual friend during a recent chat that began and ended with pure hilarity.

“Baby, I am menopausal!” Lewis chided in jest to my friendly query. “I ain’t got time to be remembering shit! I won’t remember you when I hang up this fuckin’ phone!”

Jenifer Lewis is funny. Seriously funny. And she’s been entertaining audiences practically since the day she was born. It may sound like a Hollywood cliché, but with her husky voice, undeniably diva-esque bravado, and unabashedly raw brand of humor, Jenifer Lewis is a woman who was born to perform. And if you won’t take my word for it, take hers.

“I am a quadruple threat,” Lewis shrieks, fully embracing her over-the-top on stage persona. “You name the bitch who sings, dances, is funny, and can act!”

From the time she first stepped on the stage at the age of five to sing the gospel classic “Oh Lord You Brought Me a Mighty Long Way” with her hometown Baptist church choir right up through her stage debut on Broadway in Eubie, her stint as a Harlette backing Bette Midler, her hilarious one-woman show The Diva Is Dismissed, her string of memorable performances on television and in hit films like The Preacher’s Wife, What’s Love Got to Do With It? and Madea’s Family Reunionand her recent return to Broadway in the role of Motormouth Maybelle in Hairspray, Jenifer Lewis has brought the funny, while simultaneously imbuing her characters with a gritty realness that has become her hallmark.

Along the way, Lewis has been a tireless advocate for both AIDS services and LGBT civil rights, performing at countless benefits around the country. Jenifer Lewis speaks with Advocate.com as she premieres Hot Flash, her new one-woman show, a benefit for the Los Angeles Gay and Lesbian Center that will be performed at the center’s Renberg Theatre each Saturday through March 6. As the tag line for the show says, “Be on time, or Jenifer will cuss you out!”

Advocate.com: So, Jenifer, I think the title probably says it all, but tell me about Hot Flash in your own words.

Jenifer Lewis: Child, please! I’m going through menopause and my ass is on fire constantly. [Laughs] Seriously, Hot Flash is basically about everything. I just happen to be at a time in my life when I am literally hot-flashing. When it first started happening, I thought it was fabulous. I was thinking, My God, I get to burn up every other hour! But now I’m gettin’ sick of it because it disturbs your sleep! Basically Hot Flash is just a metaphor for my life … the extremes of standing on extinct volcanoes … all the way to seeing Mount Vesuvius of Naples and Mount St. Helens. It’s all about my eruptions and the lava flow. It’s basically me talking about the extreme fabulousness of my life.

So what was your process for writing this new show about the wonderful world of Jenifer Lewis?
Well, basically if it’s a one-person show, usually it’s about yourself. I mean, that’s why you do it. Some people will portray historical figures and that sort of thing, but shit … I am historical! I can’t think of anybody’s life that goes on and on as fabulous as mine. So fuck ’em! I’m talkin’ about myself because that’s what I know. [Laughs] Besides, how are you gonna’ tell somebody else’s story?

The way I form my one-woman shows is I pretty much that I always pick up where I left off. In my last show I was 50 and now I’m 53 and I’ve done so much and I’m going to tell you all about it. From the Democratic National Convention to the inauguration to Hairspray and Hello, Dolly! plus I’m in love now … so much has happened. So ya’ll get all those fabulous stories with footage and photos so for those people who are out there going, That ain’t true!, I can throw a picture in their face. 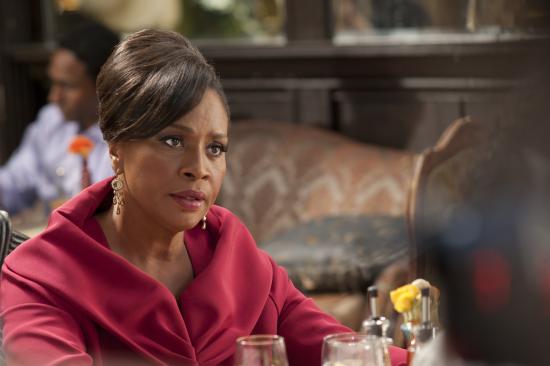 Without giving too much away, can you offer a preview of one of the highlights from Hot Flash?
I’ve written this song called “Shakespeare Ain’t Got Nuthin’ on Me” … Don’t ask me to be or not to be, I be bitch! There’s the song. Is that fabulous? Now print that because anybody who’s gay who sees that will be at the door. I’m going to show out!

You have embraced and been embraced by the gay community from the minute you first set foot on a stage. Where did the love affair begin and why?
They embrace me because I embrace them. That is why. I think a lot of female entertainers who are true advocates for the community — the ones who really care — I think it comes across in their performance. I think when you sit and you really take in the Judy Garlands, the Bette Midlers, the Barbra Streisands of the world, I think there is a connection that can’t quite be defined.

Everybody wants to know why the gay boys throng to Judy Garland. It’s because they saw honesty. And that’s what people see in me. They see raw, uninhibited honesty. I don’t know anything else. I never have, and that’s why I have sustained and remained in this business.

In your previous shows, you’ve talked about frequently being cast in the role of mother to everyone from Angela Bassett to Whitney Houston. Do you feel pigeonholed? And what are your thoughts on what some say is Hollywood’s obsession with portraying black actresses as sassy?
Child, listen, I have represented the African-American mother, aunt, and sister, and personally I think I’ve done a damn good job. I am sassy! Black women are sassy! Michelle Obama is sassy. Harriet Tubman was sassy! Please!

Let me tell you something, if what people say about you is not true, then why the fuck are you worried about it? What can anyone say about me but that I’m fucking brilliant? Why is that? That is because I tell the truth and I honor the gift that was given to me. I worked my ass off for what I’ve got. I used an outhouse until I was in ninth grade and now I’ve got five bathrooms. Jenifer earned it. Everybody can say that about me, and that’s why I can get up and do a woman show and say anything I want because I’ve been there, done that. Can’t nobody say nothing about me.

You are unquestionably a survivor, and, as you say, you’ve been brutally honest about your life, even going on Oprah to tell the world that you were bipolar …
I went on Oprah and told 60 million people that I was bipolar. I don’t care … I was lyin’. I’m tripolar! [Laughs] The bottom line is that I love being alive. Look, this is what happened. I honored a gift. It wasn’t easy! I’m bipolar and I was bipolar, for years. When I was younger nobody knew anything about being bipolar, so it was just the bitch is crazy. But my heart was always good and that’s how I got through it. I loved people and all I wanted to do was entertain. That’s all I ever wanted to do. 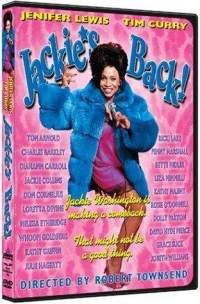 And you do it so well. Now, I couldn’t end this chat without asking you about the gay cult classic film Jackie’s Back. Any possibility of a sequel?
I was going to write a song about Jackie’s Back because [Jackie’s daughter] Entendre done gone and got herself pregnant and she named the baby Bling Bling. I tried to stop her, but she insisted, so now the baby’s going to be all fucked up!

For more information or to purchase tickets for Hot Flash, visit LAGayCenter.org.