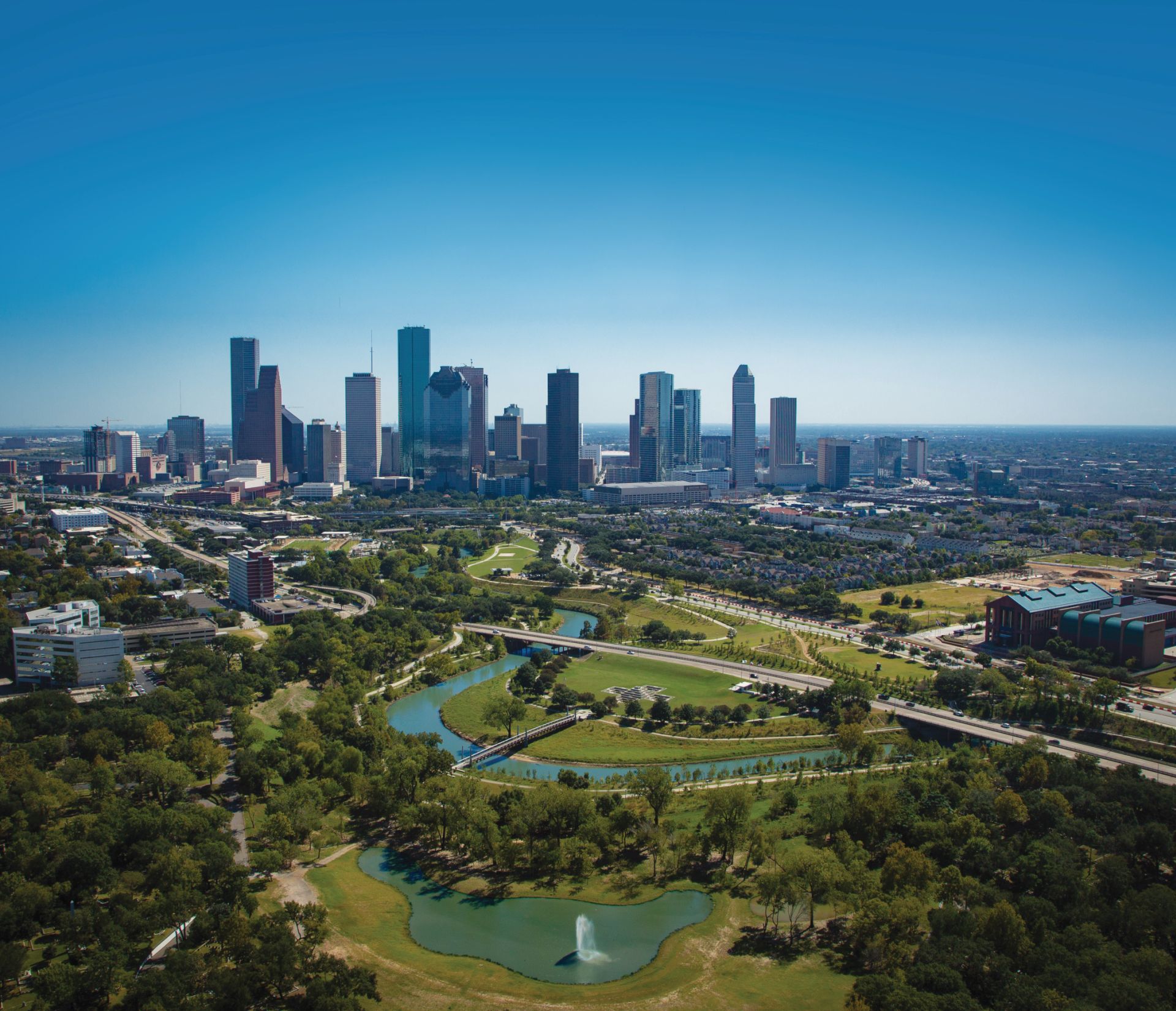 On day 4 our Lone Star State road trip took us to Houston.

If Dallas hadn’t beat them to the punch, it occurs to me that Houston might have just as easily adopted the tagline “Big Things Happen Here” as well because let there be no doubt that Houston is certainly big. The city, the fourth most populous behind Los Angeles, New York and Chicago, is also large in physical size, hence the feeling that when there is a distance to be traveled, 45 minutes seems about the right amount of drive time to budget at all points.

The first stop in Houston was at the Athena Gun Range and, though I had done some skeet shooting in my past, neither Davey nor I had ever handled weapons of the variety Athena specializes prior to that day. Irrespective of how you might feel about firearms, it bears noting that there is something illuminating not only in learning how to handle firearms but also understanding their power. Used as training facility for law enforcement professionals as well as amateurs like ourselves, Athena, Houston’s largest gun club, was the perfect setting to do both.

After a safety training and presentation, it was off to try the real thing on an actual shooting lane – first with a 44 Magnum and later with an AR-13 assault rifle. Needless to say, I don’t think Davey or myself will become gun enthusiasts anytime soon given the way we both jumped with fear at the sound of firing the weapons, but I also don’t think either of us will forget the lesson about just how very powerful those two weapons were. Shaken by the real thing, we fared better in the TI Training™ Simulator where realistic, live-action scenes are used for training purposes as well as animated shooting for pure fun. It’s like being inside a gigantic video game which was much more our speed and certainly not nearly as loud as the real thing.

Elsewhere in Houston, Davey and ventured out on different paths to court our own muses if you will. In my exploration, the thing that struck me most about Houston is that while it has a clear center of gravity, it is also a city of contiguous villages bootstrapped together to create the diverse face of Houston. In the modern, shiny new Uptown/Galleria neighborhood, you’ll find centrally located 4-star (Hotel Derek) and 5-star (Hotel Granduca) accommodations alongside trendy shopping stretches like the River Oaks District. Here, tucked among the high rises, you’ll also find chic restaurants like Peska, the former coastal Acapulco fresh seafood market turned upscale eatery under the sway of Executive Chef and Latin American culinary celebrity, Omar Pereney. Not only is the 20-year-old Pereney one of the youngest people in the country to helm a venue of this caliber, his innovative take on seafood is causing waves of excitement on the Houston foodie scene.

Meanwhile, the West University/Rice Village is abuzz with all sorts of creativity. In this popular Houston borough, you’ll find trendy shopping outposts, such as the eponymous boutique owned by Houston native and Project Runway Season 2 winner Chloe Dao, and New Living, a novel retail concept store specializing in organic mattresses, sustainable, chemical-free artisan furniture and custom furniture builds. Paired with all that shopping, you’ll also uncover popular local restaurants like Tiny’s no. 5, a gorgeous space in Rice Village marked by whitewashed beams and specializing in beautifully prepared ‘House Favorites” with “the volume turned up”, as Ina Garten might say.

Other areas of note include Chinatown, where I had the pleasure of chowing down on delicious assortment of Crayfish with Chloe Dao, Montrose, home to a bevy of cocktail bars and nightclubs as well as the fab El Tiempo 1308 Cantina and some of the best Tex-Mex I’ve had the good fortune to sample, and Downtown, where the Houston Ballet (see my interview with Rhys Kosakowski of the Houston Ballet here), the Houston Theatre District and the Buffalo Bayou are to be found.

Finally, for those interested in taking home a real piece of Houston, forget belt buckles and mugs and take a look at the pottery of Linda Coney, who is, in the spirit of full disclosure, a friend. That said, I had never seen her work until I visited Houston and I was staggered by the breadth and range of her artistry. Currently available at Lush Flowers (a great David Tutera affiliated resource for floral arrangements when in Houston) and at Mosaic Art & Home, Linda’s gorgeously intricate pottery is infused with her life experience and crafted with love for the form, making it the perfect Texas keepsake.

With only 48 hours to spend in Houston this trip, I can’t pretend that we did any more than scratch the surface, but as with most major cities a scratch can lead to the spark that lights your way back to it and I’d like to think that was the end game of our visit.

A casual spot in which to enjoy Tex-Mex at its finest along with a well-made Margarita. Tip: Try the queso (melted cheese with your choice of toppings served with tortillas).

Very popular for lunch and brunch, this beautiful out of the way restaurant is a local favorite. At breakfast/brunch Migas is a surprise favorite.

Noted for its proximity to the fashionable Uptown/Galleria neighborhood and chic River Oaks district, this boutique 4-star property has been a fashionable favorite for decades.

The grand dame of Uptown, The Hotel Granduca Houston offers truly elegant and centrally located accommodations in Houston. Spacious, sophisticatedly appointed rooms are complemented by a first-rate staff and a bevy of amenities. [Note: For those staying over the weekend, don’t miss the Italian Sunday Brunch].

(See my interview with Rhys Kosakowski of the Houston Ballet here)

A favorite florist in Houston that also happens to carry a gallery of pottery by local artist Linda Coney.

Upscale collection of elegant shops specializing in luxurious wares for men and women.

It is a burden that I honestly cannot claim to share, but if you, like my travel companion, have a predilection for teepees, you will probably think it a great, and indeed fun, idea to stop in at the Teepee Motel & RV Park located in Wharton, Texas located just about an hour and a half outside Houston. Maybe it’s because I never really liked played cowboy games as a kid, but I have never had any fascination with tents, teepees or anything approximating ‘rustic’ living. Perhaps there’s something in my DNA but I have always generally preferred traditional accommodations of the many starred variety.

So again, while I reiterate that I do not have any predilection for teepees, I must admit that there is something to be said for chalking up life points by experiencing new things like an overnight stay in truly small town Texas in one of – wait for it – only four teepee motels in America. Fortunately, to my surprise (and utter relief), not only was my teepee air-conditioned and equipped with cable, Another Time Soda Fountain, the burger joint we discovered in nearby Rosenberg was not only as retro charming as the town itself, but also home to a way better than average milkshake. Who knew?

[**Note: This is not a recommendation. Merely a listing.]