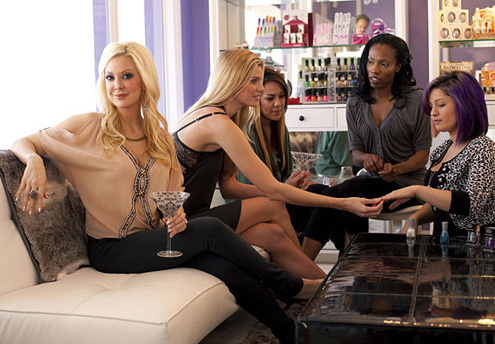 Nothing makes traveling more bearable than indulging yourself regularly when you’re on the road and that’s what The Painted Nail in Sherman Oaks, CA offers anyone who happens to find themselves in Los Angeles and in search of a little TLC. 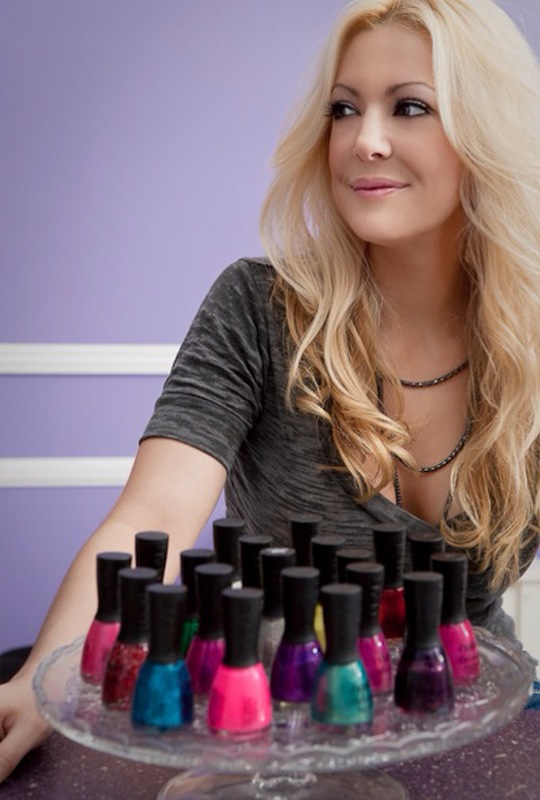 When The Nail Files debuted on the TV Guide Channel a couple weeks back, all of America was introduced to a luxe experience that had already become a hit among in-the-know Angelenos and a klatch of Hollywood celebs that includes everyone from Real Housewives to Desperate Housewives. The show itself goes behind-the-scenes of the Hollywood nail bar run by the hilariously funny actress/host/comic/fabulista cum reality TV star Katie Cazorla and like its star, it is a mile-a-minute, whirlwind of an experience that can leave you a little breathless. That said, the experience of visiting The Painted Nail is a decidedly calmer, wholly different lacquered shade of brilliant.

Katie is a girlfriend of mine and we’ve known each other for a while, so when she opened her new nail bar, she invited me out to give the treatments a test run. Never one to pass up an opportunity to luxuriate in opulence, I accepted the invite immediately.

When I arrived on that first visit, the first thing I noticed (and indeed liked) about The Painted Nail was that there were plush arm chairs in lieu of those weird massage chairs, which are meant to be comfortable but are mostly annoying I find. The second thing I noticed (and loved) was the complimentary mini-bar where wine was being served on that particular afternoon (on subsequent visits Champagne and mixed cocktails have been on offer…and occasionally on a weekend a sexy bartender to serve them…yum all around).

The third thing that caught my attention was the vibe of the place. The Painted Nail feels more friendly than functional like so many nail salons, hence the reason it is a nail bar. In fact, between the music and the other patrons at the Painted Nail, it’s a bit like a party sans the scene…even on a mid-week afternoon. But then again, that’s Katie’s personality which is reflected in everything throughout the salon and the neighboring clothing and accessories boutique where she hand picks every product on the racks. 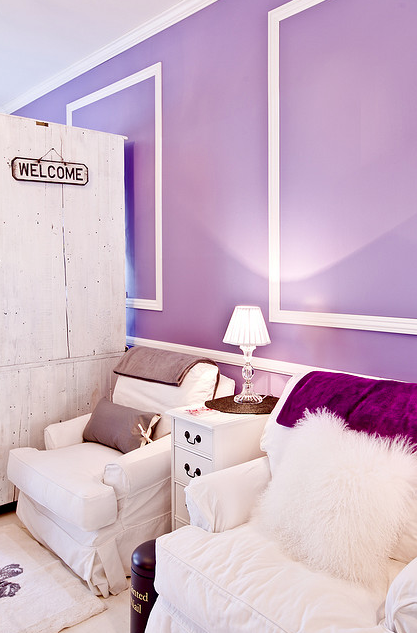 Most important of all, behind the glamazing exterior, it is the treatments themselves that make the experience of visiting The Painted Nail so delicious. My personal favorite  is the Ice Cream Sundae mani/pedi combo, which, if I’m honest, I was a little skeptical of at first. I mean…I’m gay but initially the idea of Chocoholic, Vanilla Purity and Kiwi-Strawberry scents combined with an exfoliating sugar scrub, ice cream sandwich callous treatment, foot masque topping and body icing massage, sounded a little too over the top, saccharine sweet and girly for even me. However, I couldn’t have been more wrong. By the time my adorable technician got to the buffing stage and I got halfway through my second glass of wine, I was well on my way to memorializing the sweetest, most relaxing mani/pedi I’d had in ages. 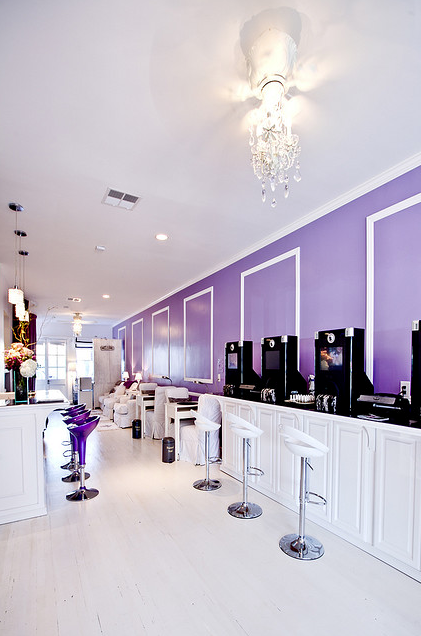 And here’s a little tip — if you want to get a few of your friends together for a treat, Katie’s got a great private party lounge above the salon with its own private bar, and space for a gaggle of gal pals of any sex to get simultaneous mani/pedis along with other treatments. There’s even a photo booth with props, a full stage, four wireless mics, a professional sound system with Karaoke, and a disco ball If you feel like getting “On The Floor” Jennifer Lopez-style after your sexy treatments and a few shots. On the flip side, there’s a private VIP Cabana if you want to be real Hollywood and enjoy your treatments in utter and complete privacy. No matter what you choose, you’ll leave The Painted Nail feeling sexy and sweet…now when is the last time a mani/pedi or a scrub did that for you?

The Nail Files airs Tuesdays at 10PM on the TV Guide Channel. Find out more or book an appointment at The Painted Nail: www.thepaintednail.com.