Heather Headley has been winning hearts with her rich, soulfully elastic voice since the moment she made her Broadway debut as Nala in the Elton John–Tim Rice musical The Lion King back in 2000. A subsequent star turn in Aida, two critically acclaimed pop albums, and a stack of anthemic hit ballads–turned–contemporary club remixes later, and the multitalented Headley is releasing her first gospel CD, titled Audience of One. If the Lord calls on us to make a joyful noise, then there is no doubt that Heather Headley has earned points in heaven with her new 10-track collection of pop-inflected gospel that may well be among her best work yet. That said, don’t call Headley’s latest inspirational outing a return to her roots, because this self-proclaimed “church girl” will tell you that you can’t return to that which you never left. 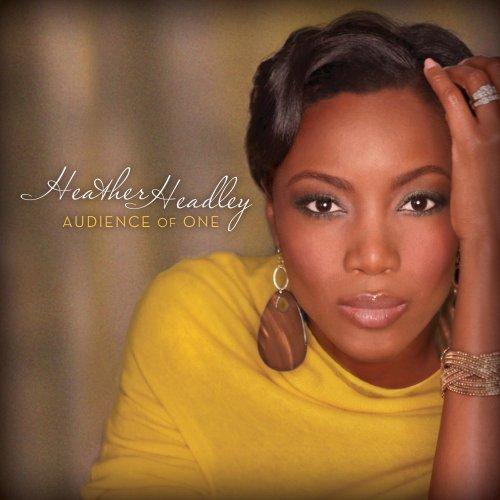 Advocate.com:So Heather, I actually listened to your CD…

And I was blown away.

[Laughs] I thought you were going to come for me!

No, not at all. Listening to Audience of One is truly like going to church. In all honesty it’s a testament to your ability to blend traditional and evolving forms of gospel with authentic inspiration into the disc’s 10 hallelujah-worthy tracks. How did you choose the songs for the disc?

So many artists, particularly those in the realm of R&B, say they feel like they’re “going home” when they record a gospel project. Does that hold true for you?

To some extent. For me…because I still go to church and sing in church, it is a return to me doing what I know in terms of singing in the studio. It’s kind of a familiar place…at least from my standpoint. You know I had a little deal with God — not that we’re supposed to make those. [Laughs] I said, “When you think I’m ready to do a gospel CD, I’ll do one — ha ha ha.” You know, that kind of thing. I’ve always thought I’d love to do a gospel CD, just like I want to do a Broadway CD. I thought it would be so much fun. So I had done something for EMI and then they called and said, “Do you want to do this gospel album?” So I had to go back to the drawing board and say “OK, Lord, do you think I’m ready? I’m not sure I’m ready.” [Laughs] That’s how that came about. After I prayed and talked to the [label], I said, “OK, we’re going to do this.”

You’re obviously a spiritual being, so are there particularly personal stories attached to any of the album’s tracks for you?

Yeah. “Running Back to You” is one of them. I’ve always been a fan of Commissioned and that’s always been one of my favorite songs from them. When we did the album I said, “I wanna try this.” So yes…needless to say, I have something about [that song] from being a child and listening to Commissioned, but then again it’s such a beautiful message…such a beautiful visual. It’s the prodigal son, or in my case the prodigal daughter…and that thing of someone waiting for you to come back home. “I Wish” is a song I wrote with my brother Keith Thomas and it kind of started with an e-mail that was sent to me by my husband’s aunt. It was a forward. She loves to forward. She’s the forwarding queen and because I love her dearly I sit down and read some of them. So I got this e-mail from her and it was about a mom who has a terminal illness and is saying goodbye to her daughter, but the daughter doesn’t know, and as she’s leaving the daughter at the airport for school she’s wishing her things. I remember it hit a chord with me because my brother had just found out that they were pregnant and I have all these children in my life, [so] even if I don’t have children myself, I thought, What would I want to wish for a child? So that’s how “I Wish” came about.

In addition to “Running Back to You” by Commissioned, you offer your own spin on some time-honored gospel classics like Lionel Richie’s “Jesus Is Love” on this collection. Did you ever have reservations about taking on any of the well-established gospel standards you recorded for this album?

At first there were a few times I wasn’t sure that it was all going to come together, but in the end I was like, We’re going with this, it’s fine. It’s kind of like a dress for me sometimes with some of the songs. It’s like, let me try it on. I’m not sure it’s gonna fit…we might have to hem it a little bit [or] pull some stuff in, but I want to try it on, and so we did and it started working. [But] please don’t ever think that I’m going up there going “Yeah, I got this!” I’m totally scared out of my mind. [Laughs] I’m normally back there going “Awww…I wanna go home!” But I’m always trying to beat me. I’m always trying to do better.

Audience of Oneopens with a track titled “Simply Redeemed,” which begins with the words “I am a Christian.” What does that phrase mean to you? In other words, what does being “a Christian” mean to you?

Well, it’s funny, because I think that’s the whole deal with the song. I’m not perfect, but this is what I believe…this is who I am. I do believe that with Him I am redeemed and that one day when we all get to heaven we’ll be perfect … That’s how I see it. I can be forgiven and I mess up. Every day I mess up and have to ask for forgiveness and I have that forgiveness. It’s weird, when we got that song, I remember calling [EMI] and saying, “I know this is a ballad, but I think I want to start with this.” I said, “I think people are going to ask why I wanted to do this album or who I am or what I am or what’s going on, so let’s just start with this.” [Laughs]

There has been growing friction between many LGBT people and the church as of late, particularly over the issue of same-sex marriage. As a result, there will inevitably be those who question whether your decision to release a gospel album represents a departure of sorts from the gay fans who have so enthusiastically greeted everything you’ve done since your debut. What do you say to them?

I am amazingly grateful to [the gay community] for all the support and all the love and, to some, for all the impressions that I’ve heard have been going on. [Laughs] I’m terribly grateful. I do know that it seems sometimes that there is a friction between the church and the community, but I think in all I will say that there’s always love because I think that’s what God calls us to do. We may disagree on some things, but there is love and that’s the overriding thing. It really hurts me to think that there’s a lot of friction between the church and the community when all God calls us to do is love.

Headley’s Audience of One is available now.