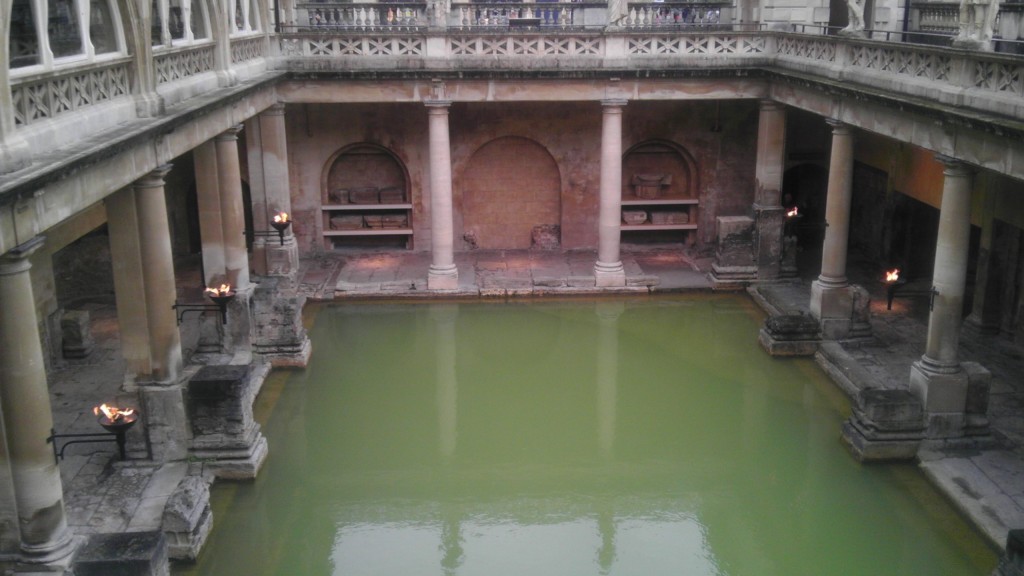 If you’re a fan of Jane Austen or 19th century English literature in general, then you are probably already familiar with the phrase “taking the waters.” However, to the uninitiated, the meaning of the phrase may seem somewhat dubious, so allow me to illuminate. Essentially, “taking the waters” refers to drinking or bathing in the famed, mineral-rich waters of Bath, which have been enjoyed by everyone from the Celts and Romans over 2,000 years ago to the Elizabethans in the 16th century to modern day revelers like myself. While the medicinal qualities of the waters—which contain some 42 minerals and trace elements—are subject to dispute, I can assure you that the pleasure of relaxing in them is not. 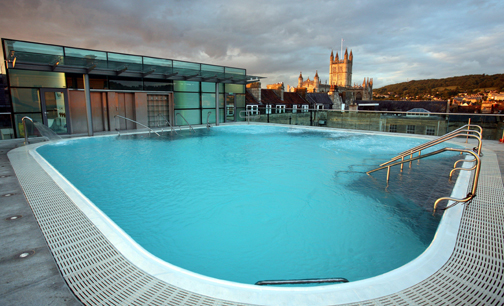 But before I get to the waters, a little historical note…

Committed Anglophile that I am, I arrived in Bath with grand expectations of the town that featured so prominently in books like Jane Austen’s Persuasion and Northanger Abbey. Almost immediately I found those expectations met and exceeded, particularly given the architecture of the city, which brought to life images of the world inhabited by the fashionable set that first brought popularity to Bath centuries ago. One look at the Royal Crescent, the Pulteney Bridge and the Circus, and I felt overcome by the sense that my common jeans and boots were somehow inadequate in the face of such grandeur.

The feeling was only reinforced when I set off on a walking tour arranged by Experience Bath and found myself face-to-face with Thomas, my exceedingly knowledgeable tour guide who was dressed head-to-toe in period costume (top hat included). However, a little bit further into the tour, thanks to Thomas’ vivid description of life in Bath during the 18th and 19th century—which even managed to bring the smells of the period into perspective—I began to feel quite comfortable with the idea of visiting Bath in the here and now rather than its earlier heyday. Which is not to say that visiting the Jane Austen Centre and Number One Royal Crescent, among other sights, with Thomas did not offer amazing insight into 18th century life in Bath, because it most certainly did. I only mean to suggest that the glamour hinted at in most of our Hollywood-tinted images of the period, courtesy of films like the Kiera Knightley vehicle The Duchess, sometimes stand in stark contrast to the reality of the times, fascinating though they may be.

Having spent the morning exploring the history of Bath, I opted to spend the afternoon literally diving into it at theThermae Bath Spa (after all, Bath is all about ‘the waters’—hence the name). The Thermae Bath Spa, Britain’s original and only natural thermal spa, is a spectacular blend of old and new. In the ultra-modern New Royal Bath, I made my way up to the open-air rooftop pool, where I splashed around with my compatriots in the naturally warm waters from Bath’s renowned springs while taking in breathtaking views of the city of Bath and surrounding hills. Then it was off to the Aroma Steam Rooms, where the steam is infused with the essence of lotus flower and eucalyptus among other soothing aromatic scents. The final leg of my visit involved a dip in the Minerva Bath, the largest of the thermal baths, and a moisturizing candle massage in the spa. Now this was the Bath I had envisioned. From that particular vantage point, it wasn’t hard to imagine why British nobility favored packing up and settling into this place for long stretches of time to luxuriate in the waters daily.

I wound down the day with an evening visit to the Roman Baths, where I toured the extensive ruins and temple constructed by the Romans around the springs. Talk about living history. To this day, excavation continues around the ruins where new treasures are still being unearthed. There’s no denying the wonder in walking on stones that date back thousands of years.

As it’s only about a 90-minute train ride from London, Bath is a great, quick side trip, and well worth it. Visit the Thermae Bath Spa and dive into that wonderful rooftop pool, explore the world of Jane Austen, take a cruise down the canal on a narrow boat or just walk around the city or spend a day or two soaking up all that grand architecture. It truly is a bit like living in a novel for a spell, and nowadays who couldn’t do with a little escape like that? 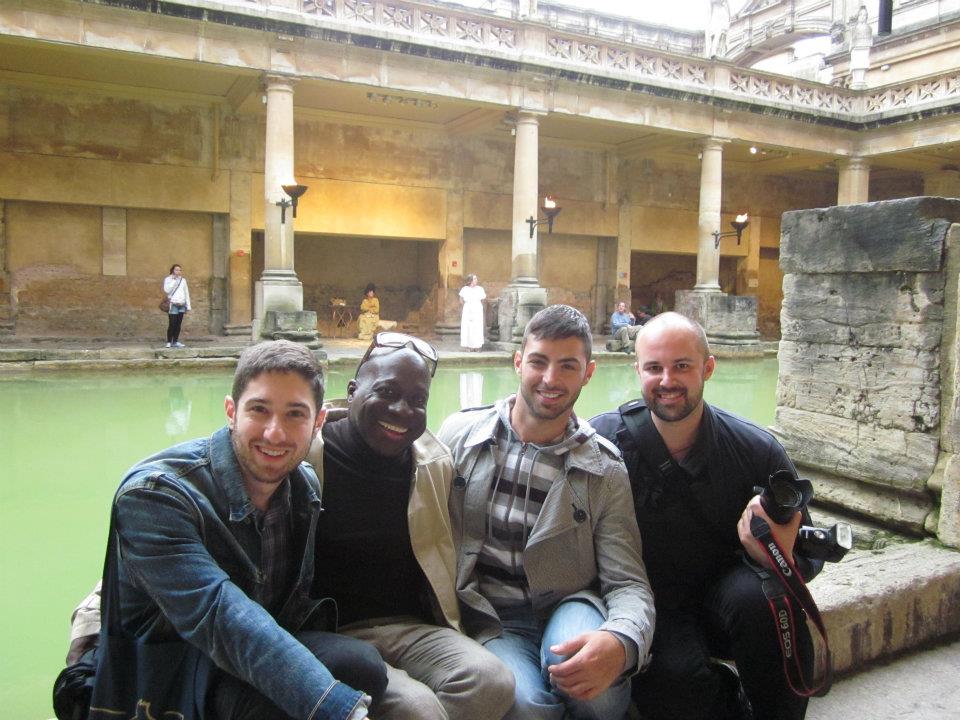 Find out more about Bath at visitbath.co.uk.

Recently refurbished, the hotel offers classic elegance mixed with a modern, eclectic edge that reflects the vibrancy of the regency period from which it takes its inspiration.

Circus, a popular family-run restaurant in Bath serving seasonal, locally sourced food with a British bias, and favored by locals, including Nicholas Cage, who owned a townhouse steps away from the restaurant for years.

If you’re so inclined to get current after all that history, Bath does have a gay bar, and it has regular theme nights and karaoke.