Following a day of travel from San Diego, the LivingWellsCalifornia road trip rolled across the Golden Gate Bridge and into Sonoma County, one of my personal favorite destinations in all of America. Like Palm Springs Laguna Beach, and San Diego, Sonoma is not an unfamiliar place to me.  In fact, I have probably spent more time exploring Sonoma than any other destination in California save Los Angeles which is what makes coming upon surprises like Geyserville such a delight.

Tucked away as it is in the northernmost part of sprawling Sonoma County, Geyserville had largely escaped my notice on numerous previous visits which is what made it a perfect stop on this trip. Just off the 101 Freeway, on a scenic two-lane road, sits the Geyserville Inn plunked down among vineyards and surrounded by staggering mountain views.  Hence the reason that when it comes to a stay in town, the Geyserville Inn is the grand poobah of accommodations.

An unassuming building on the surface, the Inn offers the charm of a tiny bed and breakfast with many of the amenities of a chic boutique hotel (including the renamed Geyserville Grille) and I was enchanted by it from the start. I booked into the Key West Suite, one of the hotel’s King Suites, which, from its terrace views to its cozy homey décor, living room and fireplace advertise the best qualities of the property to full advantage from every angle. 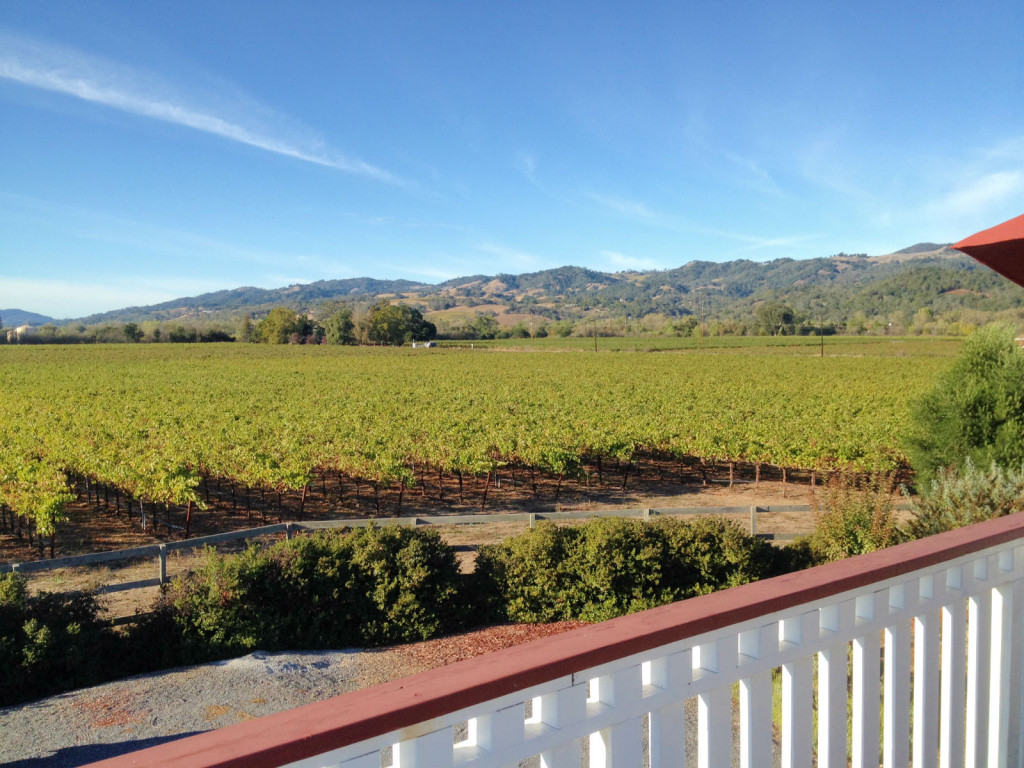 Once settled in and satiated with the sweeping views at the Geyserville Inn, I drove down the appropriately named Geyserville Avenue and through the town bound for Francis Ford Coppola Winery to sample the menu at the winery’s popular Rustic restaurant. Tuesdays are a special night at the eatery where the staff dresses in costume and the regular menu is replaced by a prix fixe menu designed by the chef and his team. Seated on the outdoor patio, I sampled a range of creations from the kitchen that included a creamy squash risotto, chicken cooked under a brick and doughy, savory beignets that demand a return visit. Paired with a select few Coppola wines, that dining experience on that patio at sunset has earned its stripes as one of Geyserville’s most popular and attractive assets.

Following a quick tour of the massive Francis Ford Coppola winery operation which produces over one million bottles of wine per year, it was off to Catelli’s, a Geyserville destination and institution in and of itself.  A third-generation restaurant on the town’s main drag, Catelli’s was without doubt the most wonderful surprise of my visit to Geyserville. With executive chef, author, and media personality, Domenica Catelli, at its helm. experiencing Catelli’s is not unlike opening the most amazing gift box filled with even more amazing gift boxes. 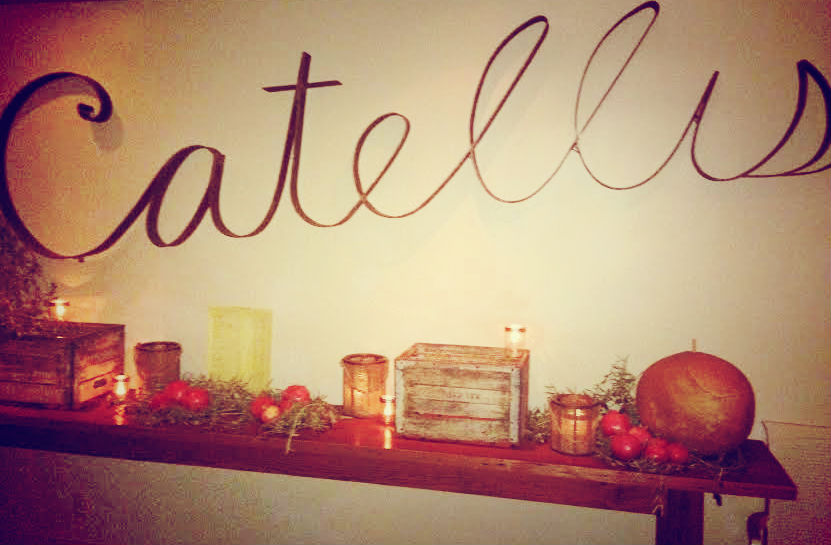 Behind doors that would suggest the simplest, earthiest of eateries, is a chic bar and dining room that would not seem out of place in New York’s East Village or tony 3rd Street in Los Angeles. And beyond that is a staggeringly sophisticated circular outside patio inspired by Italy, defined by a Nero Marquina and Calacatta marble floor and lorded over by sixty year-old Ascolano olive trees and lush landscaping, planted behind beautiful white retaining walls. The total effect is an utterly elegant space that transports guests to a place beyond the Geyserville of their imaginations.

Finally, a word about the food at the Catelli’s because even the most beautiful of restaurants cannot survive unless the fare served entices the palette, which is what Domenica Catelli’s rustic but modern menu does with exceeding flair. The famed Catelli’s Ravioli with Domenica’s own sauce are an absolute must but my personal favorite of the night was the spicy Clam, Sausage and Calamari Saute with Monterey bay calamari, fresh clams & house-made sausage sauteed with garlic and organic tomato sauce which was a entree that  I am inclined to describe as life-altering.

Next stop…more food and wine in Healdsburg and Sebastopol, but here’s a look back at the best of Geyserville.

Chicken Under a Brick at Rustic

The Pool and Cabines at Francis Ford Coppola Winery

Behind the Scenes at Francis Ford Coppola Winery

The Patio Bar at Catelli's

The Garden Path at Catelli's

Housemade Burrata and Prosciutto at Catelli's

After dinner convo with Domenica Catelli