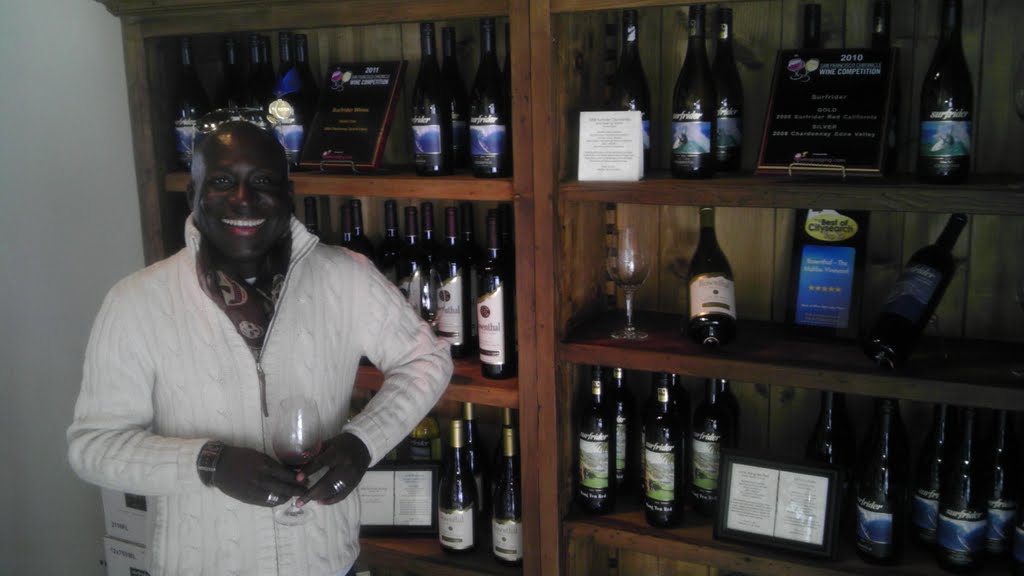 Okay, so I know what you’re thinking…is Malibu known as a wine producing region? Well the short answer is no. However if you were to ask if there are quality wines being produced in Malibu, well then the answer would be yes and the most notable estate doing so belongs to legendary Los Angeles entrepreneur, George Rosenthal who began planting vineyards on his 250-acre Malibu estate in 1987, and now more than two decades later has racked up an impressive catalog of award-winning wines.

I’d heard about Rosenthal for some time, but never got around to checking it out. That is until my recent staycation vacation in Malibu where I was all about venturing into the realm of the unknown. After a short ten minute drive from my Malibu Beach Rental Properties vacation rental, I pulled into the parking lot of Rosenthal’s brand spanking new wine tasting room, just off the Pacific Coast Highway. I’ve got to say that I’m not accustomed to doing a wine tasting just across the street from a beach, but it’s actually one of those uniquely Malibu experiences that feels right if only because it’s in the Bu.

The tasting room opens at 2:00 PM, Wednesday through Friday and at 11:00 AM on weekends. Being that it was a Thursday, I arrived at 2:30 because I didn’t want to seem to eager. To my surprise, the Rosenthal Wine Tasting Room reminded me of many tasting rooms I’ve experienced elsewhere in Sonoma or Napa, only this one is brighter and even has a significant grassy knoll out back with tables, chairs and umbrellas which is sure to be a big hit as the warmer summer months approach (especially since Neil, the General Manager, plans on bringing in live music as well as temperatures begin to rise in the spring…can you say party? (Thank goodness there’s a shuttle between Santa Monica and Malibu is all I can say!).

Anxious to see what this Malibu wine was all about, I sat down for the standard wine-tasting flight, which is a real bargain at just $15 for non-members. The flight includes Rosenthal Wines, which are made solely from grapes grown on the Rosenthal Malibu Estate high above Malibu, and Surfrider Wines, which contain grapes sourced from regions other than Malibu and a portion of whose proceeds go to the Surfrider Foundation, a grassroots non-profit organization that works to protect oceans and beaches.

All total I sampled seven wines from Rosenthal’s French winemaker, Christian Roguenant, who partnered with George Rosenthal back in 1996 to develop the estate’s current slate of wines. Standouts included the 2010 Surfrider Chardonnay ‘Lisa Anderson’ Ltd Edition, which is far more characteristic of a French white wine than a traditional California white (which for me is a very good thing); the 2008 Rosenthal Petite Verdot, which had great body with just a hint of spice; the 2007 Surfrider ‘Hang Ten’ Red, which is just a good solid red table wine; and the 2008 Rosenthal Malibu Estate Cabernet Franc, which has a uniquely spicy profile that will certainly appeal to many palettes. 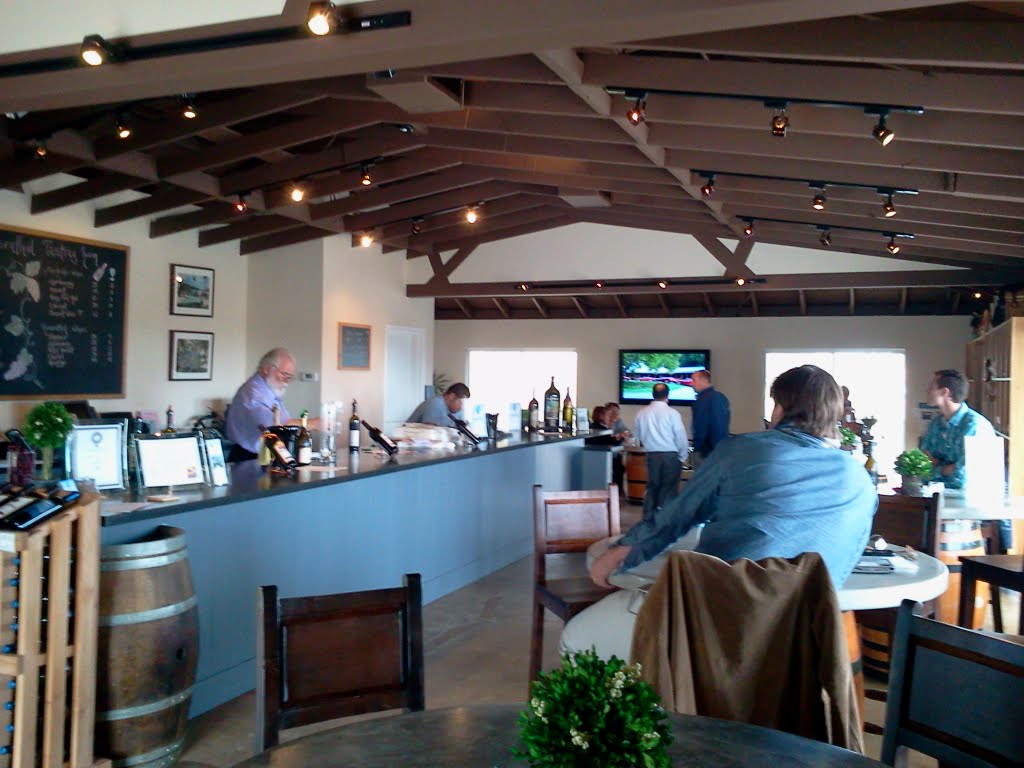 Served by a friendly and knowledgeable crew of sommeliers, Rosenthal’s wines juxtaposed with the beach and the casually laid back Malibu vibe that surround its tasting room revealed yet another SoCal treasure that had been around for more than two decades but somehow I had never gotten around to experiencing. I mean …great wine…produced right at the beach…who knew?

Find out more about Rosenthal Wines and their new Malibu Tasting Room at www.RosenthalEstatesWines.com.