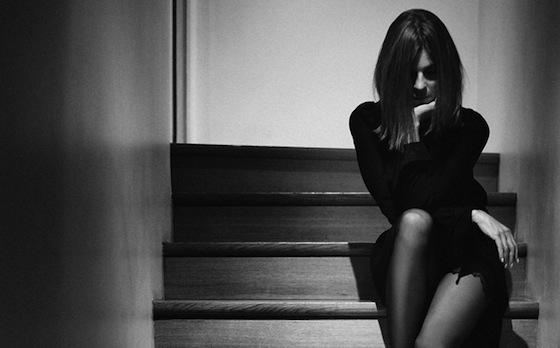 If you, like me, have an unabashed fervor for all things fashion, then it is highly unlikely that you’ve not on some level become enamored of Carine Roitfeld. If not for the singularity of the vision she brought to French Vogue for a decade, then perhaps for the fact that she was the muse for both fashion icon Tom Ford and the house of Yves Saint Laurent.

Or maybe even you know her because she has consistently been named one of the world’s best-dressed women for eons or perchance you recall the rampant rumors that Roitfeld had for a time been tipped to replace American Vogue Editor, Anna Wintour, as the storyline of the box office smash The Devil Wears Prada so wickedly suggested.  Whatever the reason you know Carine Roitfeld, it is undeniable that it has something to do with the fact that her name is synonymous with fashion.  That said, how much do we really know about her?

Unlike her former counterpart, Anna Wintour, Mlle Roitfeld has remained a more elusive character to those outside fashion circles, where she is a lioness of nearly unparalleled import.  That is until now.

With the release of the documentary Mademoiselle C late last year, the curtains were drawn back, at least partially, on the woman who at 58 years-old has been described as “the sexiest girl in fashion.” On the one hand, the film sheds a light on Roitfeld’s inner circle of friends which includes the likes of Donatella Versace, Tom Ford, Karl Lagerfeld, Mario Testino, Riccardo Tisci, Diane Von Furstenberg, and Alexander Wang, demonstrating what a fashion heavyweight she really is. On the other, the documentary manages to show the human side of the fashion icon, who is also a partner to Christian Restoin, her mate of the last 30 years, a mother, a grandmother and a confidante.

Director Fabien Constant, may not have created the definitive portrait of Roitfeld with Mademoiselle C, but he has painted a portrait that is nonetheless captivating. By following Roitfeld’s life in the year post her departure from French Vogue and prior to the launch of her CRBook (itself a new fashion bible), Mademoiselle C paints a picture of a loyal friend and loving mother who speaks to her kids every day on the phone, while simultaneously jetting around the world doing fabulously fashionable things with fabulously fashionable people.  More importantly, however, Mademoiselle C paints a picture of a new kind of fashion icon…one who can acknowledge her doubts and flaws whilst dancing through life with an infectious charm that entrances all who come into contact with her. And for this reason alone, Mademoiselle C is a must see.

Mademoiselle C is currently available on DVD and on Netflix.  For more information visit: https://www.facebook.com/MademoiselleCfilm

View the trailer for Mademoiselle C below: