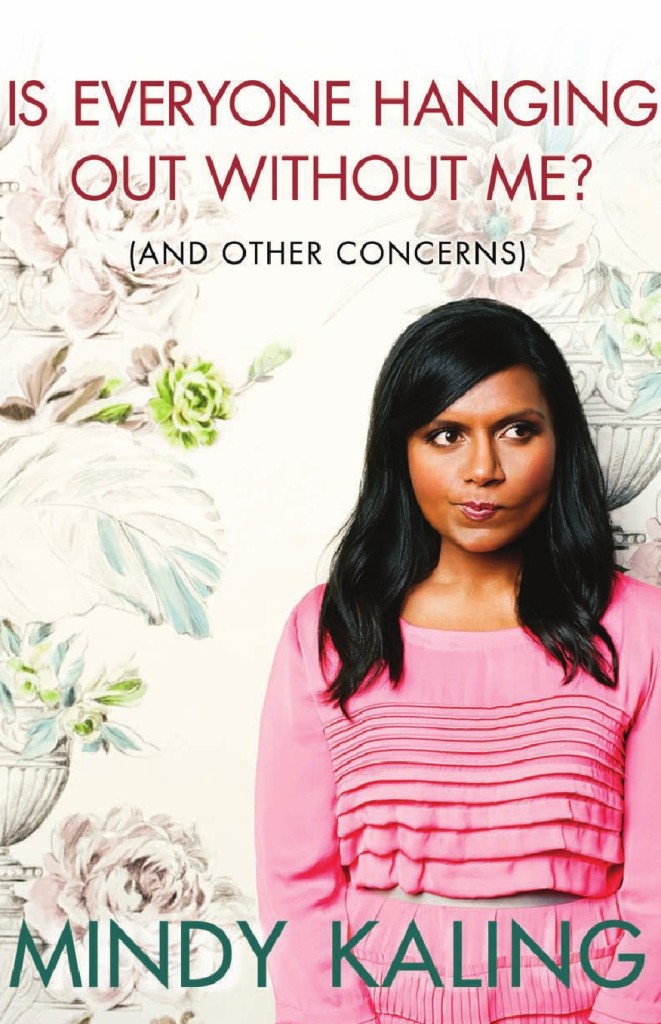 Some might say that I’m on the late train here, but I have recently fallen madly in love with audiobooks. And when I say ‘in love’, I really mean obsessed!

As a writer I have always had a certain reverence for the written word, but with the amount of time I spend in my car and in line at airports and just about everywhere else these days, I don’t find that I have nearly enough time in my life to truly enjoy the written word as much I’d like.  Enter audiobooks to fill the void.

I avoided audiobooks for years because listening to a book just seemed lazy to me.  I thought to myself, ‘Why on earth would I  not just pick up the book and read it, rather than listen to it?”  That all changed when I first listened to Mindy Kaling’s “Is Everyone Hanging Out Without Me (And Other Concerns)” (notice I used the term ‘first’ here to denote the fact that I have listened to Mindy Kaling’s book more than once because it’s just that good).

First of all, if you don’t know Mindy Kaling from her role as Kelly Kapoor on “The Office” or as the star of her eponymously named hit show on Fox “The Mindy Project”, stop reading here and get over to Amazon or Hulu or wherever you need to go in order to get up to speed because your life is about to change.

Meanwhile, if you haven’t been living in the desert of the humorless, you probably already know all about Mindy Kaling and the fact that she may well be the best thing to happen to comedy television since Jennifer Saunders and Dawn French made their first appearance on the small screen. Self-deprecating at times and yet supremely confident at others, Mindy Kaling’s “Is Everyone Hanging Out Without Me” is a comedic masterpiece woven around Kaling’s sometimes tragic, sometimes astounding, always funny life.

Read by Kaling herself (which is such a bonus for this audiobook in particular), “Is Everyone Hanging Out Without Me” explores topics ranging from music and romance to fashion and bad manners while simultaneously offering a backstage tour through Kaling’s eventful life. Here are just a few tidbits to whet your appetite:

“..I find it incredible impossible not to cry when I hear Stevie Nicks’ “Landslide,” especially the lyric: “I’ve been afraid of changing, because I’ve built my life around you.” I think a good test to see if a human is actually a robot/android/cylon is to have them listen to this song lyric and study their reaction. If they don’t cry, you should stab them through the heart. You will find a fusebox.”

Mindy Kaling on boys vs. men:

“Boys are adorable. Boys trail off their sentences in an appealing way. Boys bring a knapsack to work. Boys get haircuts from their roommate, who “totally knows how to cut hair.” Boys can pack up their whole life in a duffel bag and move to Brooklyn for a gig if they need to. Boys have “gigs.” Boys are broke. And when they do have money, they spend it on a trip to Colorado to see a music festival. Boys don’t know how to adjust their conversation when they’re talking to their friends or to your parents. They put parents on the same level as their peers and roll their eyes when your dad makes a terrible pun. Boys let your parents pay for dinner when you all go out. It’s assumed.”

“Men know what they want. Men make concrete plans. Men own alarm clocks. Men sleep on a mattress that isn’t on the floor. Men tip generously. Men buy new shampoo instead of adding water to a nearly empty bottle of shampoo. Men go to the dentist. Men make reservations. Men go in for a kiss without giving you some long preamble about how they’re thinking of kissing you. Men wear clothes that have never been worn by anyone else before. (Okay, maybe men aren’t exactly like this. This is what I’ve cobbled together from the handful of men I know or know of, ranging from Heathcliff Huxtable to Theodore Roosevelt to my dad.) Men know what they want and they don’t let you in on their inner monologue, and that is scary.”

“I don’t think it should be socially acceptable for people to say they are “bad with names.” No one is bad with names. That is not a real thing. Not knowing people’s names isn’t a neurological condition; it’s a choice. You choose not to make learning people’s names a priority. It’s like saying, “Hey, a disclaimer about me: I’m rude.”

Download Mindy Kaling’s “Is Everyone Hanging Out Without Me (And Other Concerns)” by clicking here.