While for the rest of the world the most wonderful time of year may fall somewhere between Thanksgiving and December 31, in Hollywood there is no more glittering space of time than the weeks leading up to the Academy Awards. Swanky soirees, rounds of screenings and enough cocktail receptions to inspire a stint at Betty Ford fill the calendars of the A-list en route to Tinseltown’s biggest night of the year. But you don’t necessarily have to be an A-list celebrity or bold-faced name to get in on the Oscar night party action. You simply need to know where to go. With that in mind, here are a few ideas on where to go to party hop like an Oscar nominee come February 26th, but first a word about where the action happens.

What most people may not realize is that the majority of the big Oscar night parties all take place within minutes of one another in the heart of West Hollywood and neighboring Beverly Hills. Let’s call it “Oscar Row” for conversation sake even though it’s not exactly a row. Serious star watchers and stalkers-in-training need only make their way to the streets of WeHo to be assured of a celebrity sighting. In fact, this year the Elton John AIDS Foundation Oscar Party will actually be hosted under a tent in West Hollywood Park near the Pacific Design Center. It just doesn’t get any closer than that. Now…speaking of Sir Elton …on to the parties.

Generally held at the Pacific Design Center in West Hollywood, the Elton John AIDS Foundation Party has, over the last 20 years, grown into an increasingly exclusive ticket thanks to superstar appearances by everyone from Madonna, Mary J. Blige and Victoria Beckham to Sharon Stone, the late Elizabeth Taylor and Kiefer Sutherland. 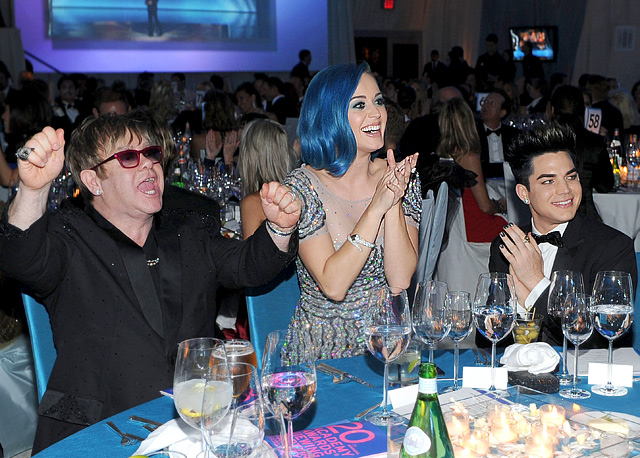 This year’s event will feature a special five-course menu prepared by celebrity chef Cat Cora and a musical performance by Foster The People (“Pumped Up Kicks”) and of course music from Mr. John himself. Though pricey and damned near impossible to get, there are still a few tickets available each year to those whose names do not regularly appear in print. That is of course if those folks can scrape together the $3,500 ticket price.

Hosted by veteran music agent Norby Walters in the Beverly Hills Hotel’s Crystal Ballroom, the Night of 100 Stars Oscar Party brings LA’s glitterati together for a formal sit-down dinner viewing party that generally includes past Oscar winners and nominees who return each year to pay tribute to the current year’s nominees. Tickets to this year’s gala will set guests back a cool $1,000 per.

The Envelope Please is always a good time on Oscar night. Best of all it’s just next door to the Elton John Party and tickets are a fraction of the price. Each year this event is held at The Abbey, West Hollywood’s most popular gay watering hole, and each year it attracts a stable of LA’s prettiest and most famous. Last year Marlee Maitlin and Drew Lachey were among the party faithful and this year NCIS’s Pauley Perrette will host the event. 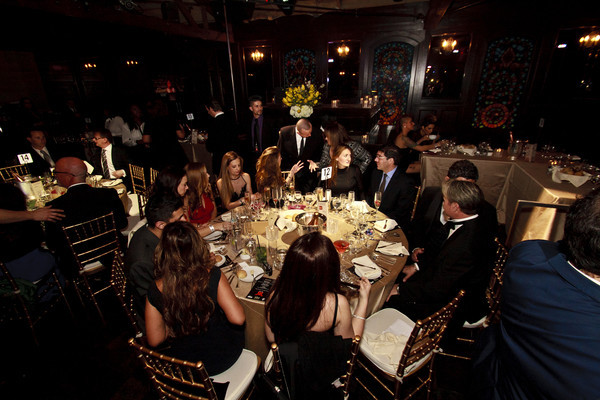 Tickets are only $50 and the proceeds benefit AIDS Project Los Angeles. Can you say score? Oh and did I mention that this year’s event includes an official after-party with a special 2-hour DJ set by DJ Connor Cruise from 8:30 -10:30 p.m? Make that double score!

Of course there is also the Mac Daddy of Oscar Parties, the Vanity Fair Oscar Party, and Madonna’s newly minted post-Oscar party, but since there are only 500 invites to the former (with one charity invite currently being auctioned off for over $16,000) and people selling their first born to get into the latter, which has become the ultimate insider’s event, I’ll spare you the pain of considering them. 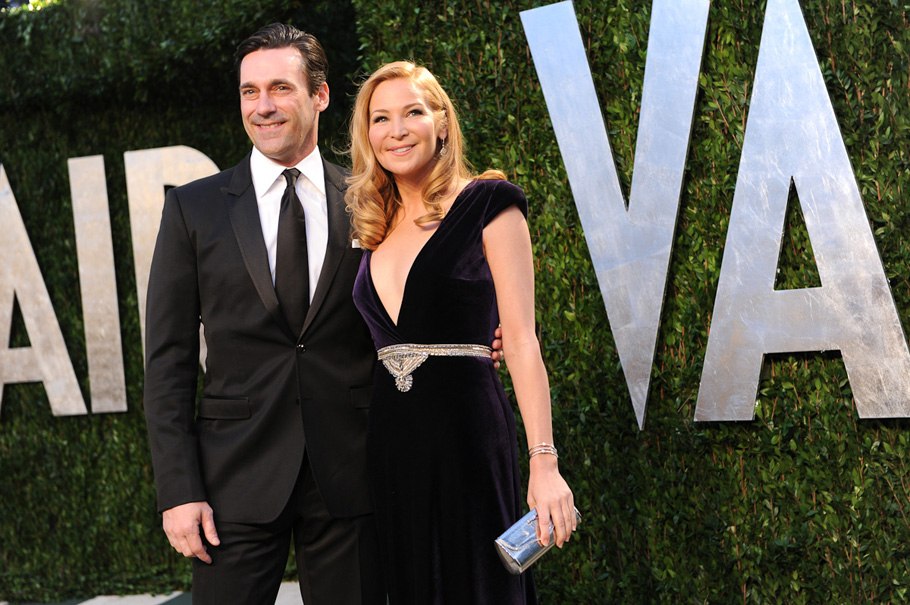 If you happen be throwing your own Oscar Party or just kicking back at home watching the Academy Awards on your own, join MoxieQ’s online conversation moderated by moi on Sunday starting with Red Carpet coverage. We will be tweeting live all night from Hollywood about Hollywood’s biggest night and we want to hear what you think about the night’s big winners and even bigger losers. So don’t be shy. chime in. Follow me at TheDuaneWells or MoxieQ and get in on the conversation!

Oh and if you need a cocktail or twenty for the night, try the cocktail that I am designating as the signature libation at our soiree. It’s called the Crystal Cosmo (an ode to this year’s host Billy Crystal) and it’s made with Voli Lyte vodka, a new low-calorie Vodka (um how genius is that…all the alcohol with fewer calories…say it with me…”yum”). 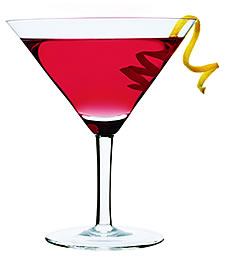 In a mixing tin, add ice, Voli Lyte, lemon juice, agave and shake. Strain into a martini glass and top with Prosecco.

Bottoms up and Happy Oscar Sunday! Can’t wait to chat with you on Sunday night!