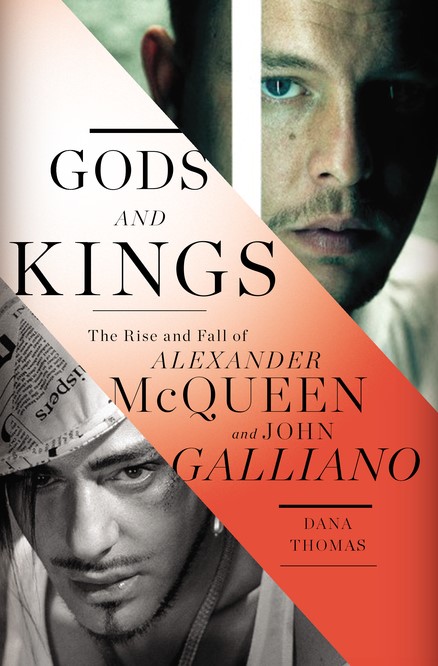 Alexander McQueen and John Galliano. Their names are often casually spoken with a familiarity generally reserved for a loved one. You might even be wearing an article of clothing that bears the imprint of one or the other as you read this.  But what do you know of the men behind the labels?

McQueen and Galliano were both tormented gay adolescents from working class families in London, who grew up teased and taunted by their peers. Neither of them was supposed to ascend to the highest thrones in the fashion demimonde, but ascend they did. And like Icarus, what a toll they paid for flying too close to the sun.

Much ballyhoo has been made about the price of beauty, but until recently little has been said about the price affixed to the creation of beauty. Without launching into a diatribe to rival Miranda Priestly’s fulmination on the far-reaching import of the color cerulean, suffice it to say that for every look sent down a runway which later enters our lives in some distillated way, shape or fashion, there is an investment of inspiration, talent, savvy, skill and, occasionally, pain that is often not fully recognized. Such is, at least in part, the premise of Dana Thomas’ recent book Gods and Kings: The Rise and Fall of Alexander McQueen and John Galliano.

In an exhaustively probing examination, Thomas, a fashion journalist, pulls back the curtain on the rise and demise of two of the creative geniuses who defined a generation of fashion. The way they cut, their inspirations, their muses, their lovers, their fears…Thomas covers them all. Along the way, she also illuminates parallels between the careers of McQueen and Galliano –  superstar designers who simultaneously ruled fashion, in spite of the fact that their styles could not have been more divergent.

Irrespective of how familiar you are with the lives of Galliano and McQueen, Gods and Kings is a fascinating read. For hardcore fashionistas the book will be akin to taking a walking down memory lane and recalling both the creative magic that made the two designers gods and the demons that plagued them behind the scenes. Meanwhile, for those who have not been particularly fixated by fashion heretofore, Gods and Kings, will act as the ultimate primer on understanding the innerworkings of haute couture during the moment in time when McQueen and Galliano scaled the heights of fashion; the players that helped them get there; the players that nearly brought them down; and the celebrities and socialites that orbited their respective universes.