Day 17 of my California adventure revved into high gear with lunch in downtown Santa Rosa at Stark’s Steakhouse, yet another of the Stark Reality restaurant outposts, which are consistently among the best eateries in Sonoma (don’t miss Willi’s Seafood and Raw Bar in Healdsburg which is a personal favorite among favorites).

In keeping with the Stark tradition, the Stark Steakhouse menu adds notable twists to familiar favorites that result in wholly original experiences. There are, for instance, no traditional crab cakes on the menu at Stark’s but there are Dungeness Crab “Tater Tots” (sans the ‘taters’), which are delectably crispy bite-sized pockets of tender crab served with ginger mustard aioli and Shishito peppers that could quite easily become an addiction. Likewise Ahi tuna tartare is practically reinvented by the addition of pine nuts and truffled Miso dressing as is the Caesar Salad, which at Stark’s offers the steakhouse amplification of toppings that include garlic grilled prawns, crispy calamari or grilled prime NY strip and onion rings. I opted for the hearty Caesar with NY strip and onion rings, a simple combination beautifully prepared that made for an excellent mid-day repast.

After lunch, I drove over to picturesque Petaluma and checked into the wonderland that is the Metro Hotel. I had heard much about this unconventional property which has regularly been ranked among the best boutique hotels in America. Stepping through the doors of the massive red façade of the French-themed hotel, I immediately understood why. 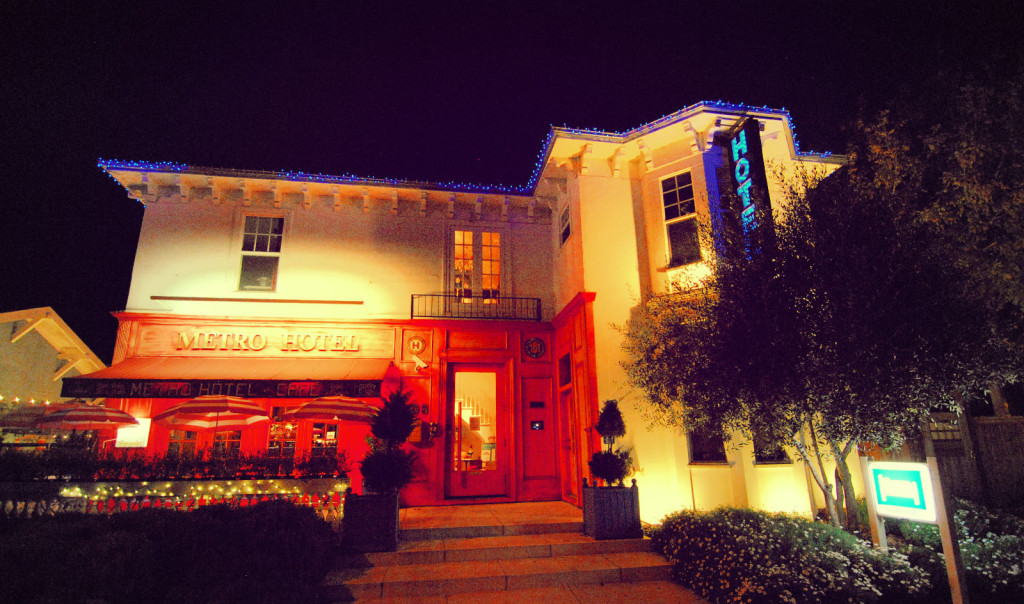 The Metro is no ordinary hotel. There is no proper front desk or valet. Instead, the manager or his designee greets guests and shows them around the self-serve style hotel and leaves them to explore and enjoy their stay among the innumerable French posters, sculptures and objets d’art that fill every corner of the place. A very personal and very Parisian escape in Petaluma, a stay in the Metro is akin to arriving at a friend’s house in Montmartre for a few days. Coffee, tea, pastries, water and sodas are always at the ready downstairs in the kitchen, where French music plays regularly, and the rooms are all individually decorated in that cozy, comfortable style that blends the dramatic with the shabby chic as only the French can. Other than traditional rooms, the Metro also has a few Airstreams parked around the property that have become among the most requested accommodations at the hotel. Think elegant camping and you’ll get the idea. The Metro Hotel may not be everyone’s taste but it’s quirky, cool and kind of wonderful and, for me, there’s no more interesting place to stay in Petaluma.

Later that night, I finally made it to the Graton Resort and Casino in Rohnert Park where I had the great pleasure of touring the massive new gaming salon with Greg Sarris, the extraordinary Tribal Chairman of the Federated Indians of Graton Rancheria, who is largely responsible for making the casino happen. Over the course of his life, Sarris has been an, author, producer, screenwriter, and a professor (at present he’s the Endowed Chair in Native American Studies at Sonoma State University) and the opportunity to chat with him was the primary reason for my visit that evening. 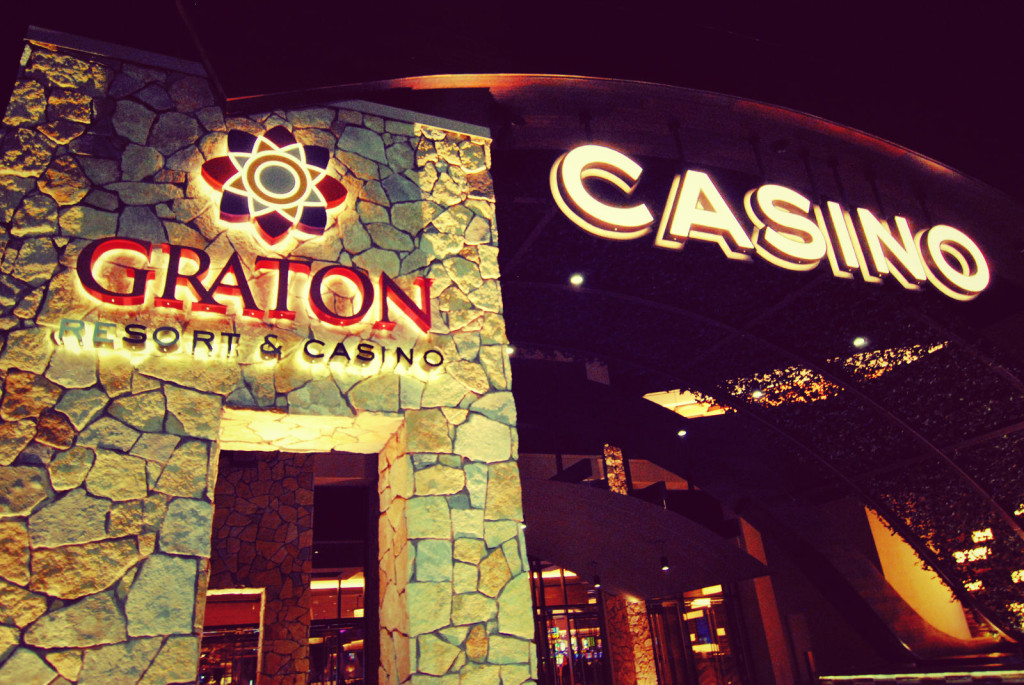 If I’m honest, I had avoided the Graton Casino since its opening because I’ve never quite discovered the allure of gambling and I figured that if you’d seen one casino you’d pretty much seen them all, save for a few flourishes here and there. But I couldn’t have been more wrong where the Graton Resort and Casino is concerned and that is in large part due to Mr. Sarris himself.

The thing about Wine Country is that you visit it to escape, sample some great wines and restaurants and then tuck in for the night as Sonoma is not a nightlife destination, nor should it ever be. That said, one can get a little itchy for human congress in the evenings and I found that the Graton Resort and Casino offers that in spades.

Thanks to Sarris’ zeal for the aesthetic, this is one casino outside of Sin City that isn’t a dark and dingy gaming dungeon, but is instead a light and open adult playground. Distinctive and ornate lighting fixtures adorn the ceilings, a skylight highlights the surprisingly chic diamond-shaped Sky Bar at the nerve center of the casino, and twelve restaurants of all varieties line the perimeter of the casino including the casually elegant 630 Park Steakhouse in which I dined with Sarris beneath the most glittering Swarovski crystal chandeliers.  I’ll have much more to say about my evening at the Graton Casino and my dinner conversation with Greg Sarris in upcoming accounts but for now, suffice it so say that the casino adds a new and welcome dimension to a stay in Sonoma. So hoorah for Sonoma County.

Tomorrow I head to the coast for a couple of days but before I do that here’s a look back at Day 17 in pictures:

Downstairs at the Metro Hotel

A bathroom at the Metro Hotel

A sitting area at the Metro Hotel

A musical corner at the Metro Hotel

Inside two-bedroom suite at the Metro Hotel

Another viiew of a two-bedroom suite at the Metro Hotel

A hallway at the Metro Hotel

A bedroom at the Metro Hotel

An Airstream at the Metro Hotel

Another view dining room at 630 Steakhouse

Place your bets at Graton Casino with Greg Sarris