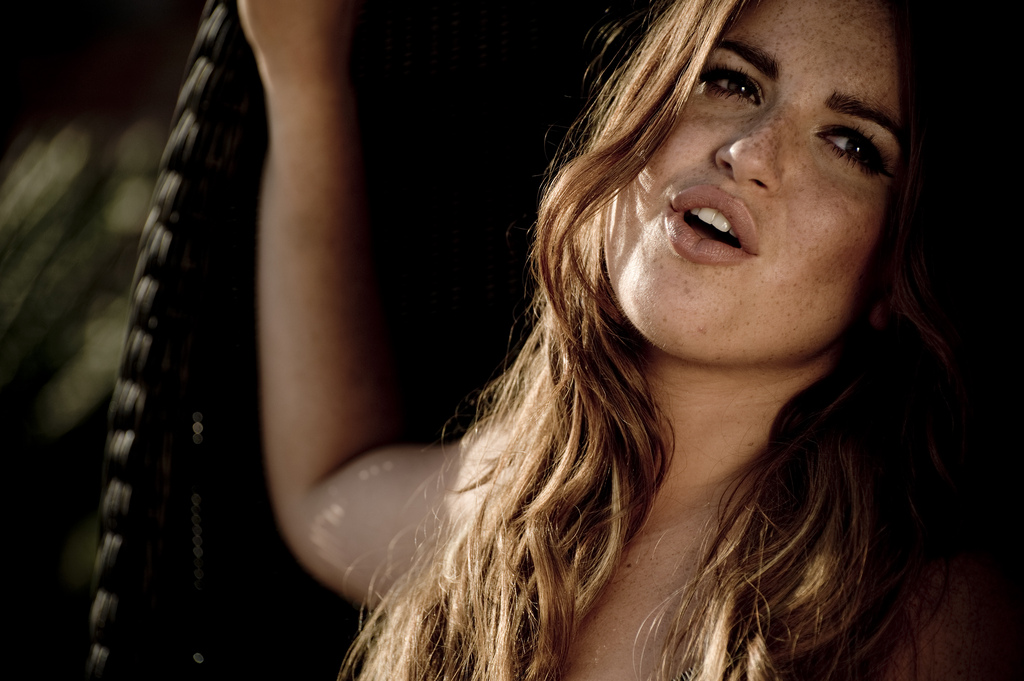 Watching Daniela Brooker for the first time on stage at the Hotel Cafe in Hollywood recently, I was duly blown away. She has that thing. That tonal quality in her voice that forces you to stop and listen, not only because of its distinctiveness but because it conveys so much with its every inflection. On that night, all wrapped in one very bubbly package, the 18-year old British/Venezualan songstress embodied the classic soulfulness of Adele, the youthful, girly playfulness of Katy Perry and the edginess of Avril Lavigne during a quick set that included her dancelicious single “Summer Love” and the funky “Turn It Up”.

She calls her sound ‘Power Pop’. “It’s a little bit of soul, it’s a little bit of dance, but it can be a bit meaningful,” she told me backstage with a laugh after the show, by which time I was already a fan…full stop. During our confab, Daniela gave me the skinny on her new music, the big Arena tour where you can catch her doing her thing next month, and some of her favorite places in her native London. 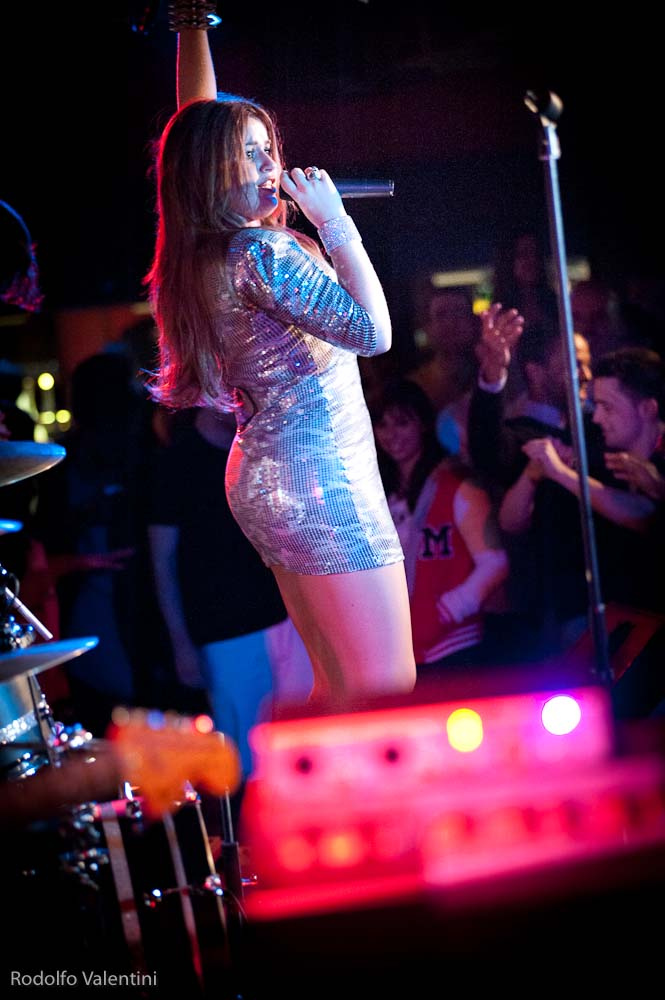 So you’re from London…is that where you recorded your album?

Yes. I recorded everything in the UK but I’d really love to come here to the States and record here as well.

What inspires that big, rich, mature, retrosoul sound of yours?

I have always listened to Etta James, Christina Aguilera…the big, big voices. So that’s always influenced me. But I’ve also listened to so many different styles of music. I’m a big jazz fan but I Iove rock n’ roll and I love pop music…I love dance…so I kind of draw my influences from all over and try to put into one sound.

If you had to choose a place or destination that best evokes your sound, what would it be?

It’s really weird, when I’m recording in the UK, I always tell British producers that I want [my music] to sound really American, so I think the destination would be America. That’s what I aim for.

Here. In Hollywood. It’s the kind of place you want to be. I love it here.

So this is your first US tour, but I hear you’re going out on the road in your native UK later this year?

Yes, I start in December. I’m the support act for The Saturdays, a girl band, and it’s a big arena UK tour. It’s like 20 days long…every day. I’m really excited. 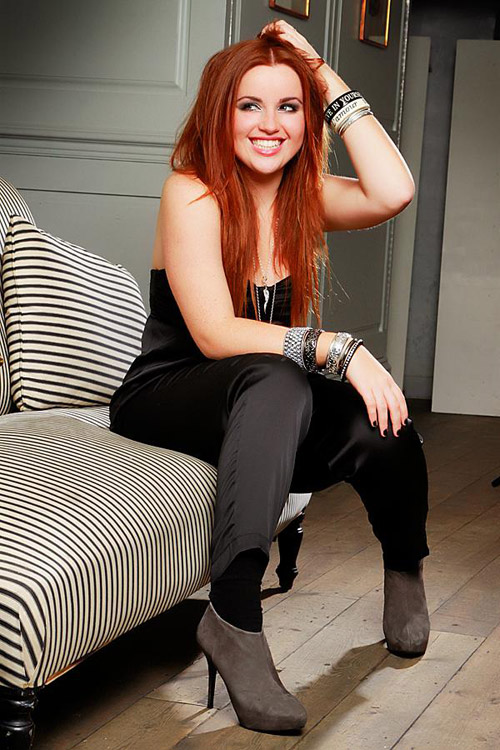 What do you enjoy most about touring?

I don’t really like a 9-to-5 kind of life. I like being really spontaneous and not having a routine and just being a bit free. And I love performing so I like being able to do that every day. And I get on with my fans so well…we’re  all friends but the’yre more like old uncles! [Laughs]

Is there a venue that you dream of performing in?

Yeah! I’d love that. [Laughs] I’d love something like that. Next time.

What’s the one thing you never leave home without when you hit the road?

The one thing I never leave home without are these little black boots…they’re rock n’ roll boots…I throw them on everywhere when I’m traveling. My dad says they’re disgusting and I shouldn’t wear them but I think they look so cool.

And what’s your best travel tip?

Always check for your phone charger. How many times have I forgotten it and been stuck! If you’re traveling abroad and your phone dies…it’s like the worst case scenario.

So back to London…what part of London are you from?

Take me on a tour of your favorite places in London.

I love Chelsea. I’m a little bit of girly-girl so I like a bit of shopping. [Laughs] Another place I love is Notting Hill because it’s a really creative and very bohemian. I love going to Hyde Park, which is a big park in the center of London. And then fourth would probably be Wimbledon village where I actually live. It’s a beautiful little village but it’s still London…it doesn’t feel like it’s in the countryside. It’s got lovely boutiques, restaurants and some small music venues that are amazing. 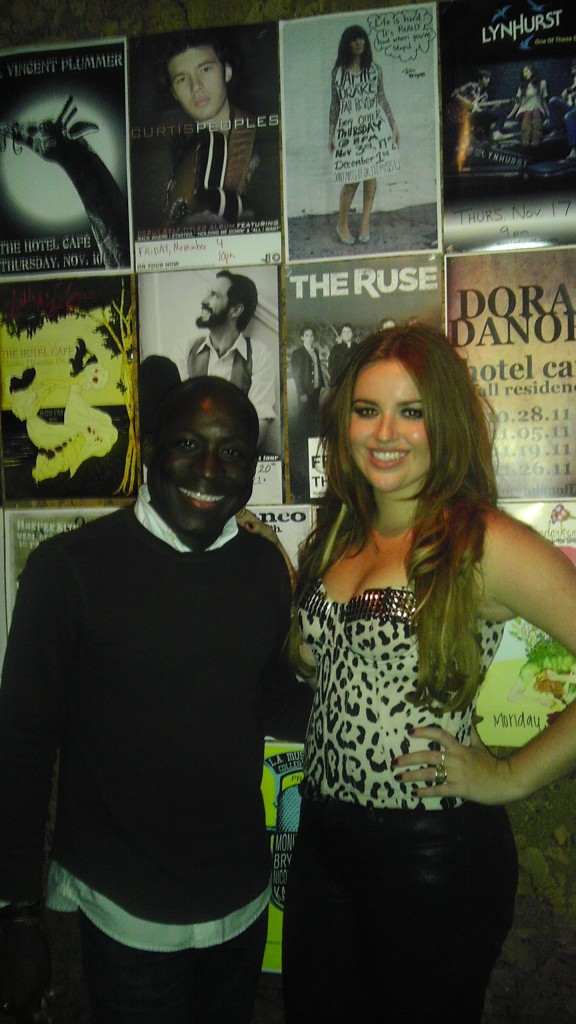 Speaking of music venues, what’s the inside track on the hottest place to catch live music in London at the moment?

I recently played the Indigo at the O2 Arena. There’s the O2 Arena and there’s the Indigo inside. It’s got a capacity of about 3,000 and the most amazing sound ever. They always have really good acts on so I would recommend that.

Final question, is there a secret place in London you escape to…somewhere that says ‘Daniela’?

In central London, there’s this little cafe called Napkin and it’s the most amazing place. There’s this little door and then you go inside and it’s all black and very zsa zsa and glamorous, but it’s tiny. You can’t really know of it unless you’ve been shown there. I like to go there for a coffee with my mum sometimes.

And where is this hidden gem…now that the cat is out of the bag?

Find out more about Daniela Brooker at www.danielabrooker.com and catch her on the road with the Saturdays this December in the UK and Ireland.