New Orleans may be known as the Big Easy, but just outside the bustling intersection of manners and eccentricities that Mark Twain famously called ‘The City that Care Forgot’ is perhaps the best example of  what was, for some, the easiest and most genteel living the South has ever known.

For the first time ever, I recently pried myself away from the soul-satisfying cuisine and general decadence of New Orleans’ renowned French Quarter with the express intention of learning more about the architectural treasure Louisiana had to offer beyond the antebellum dwellings of St. Charles Avenue. Now, between you and me, plantations and I have a complicated history for obvious reasons. But I decided my destination on this particular day would be the grand old Houmas House Plantation and Gardens, which sits on the Mississippi River just about an hour outside of New Orleans and about thirty minutes down the road from Baton Rouge. 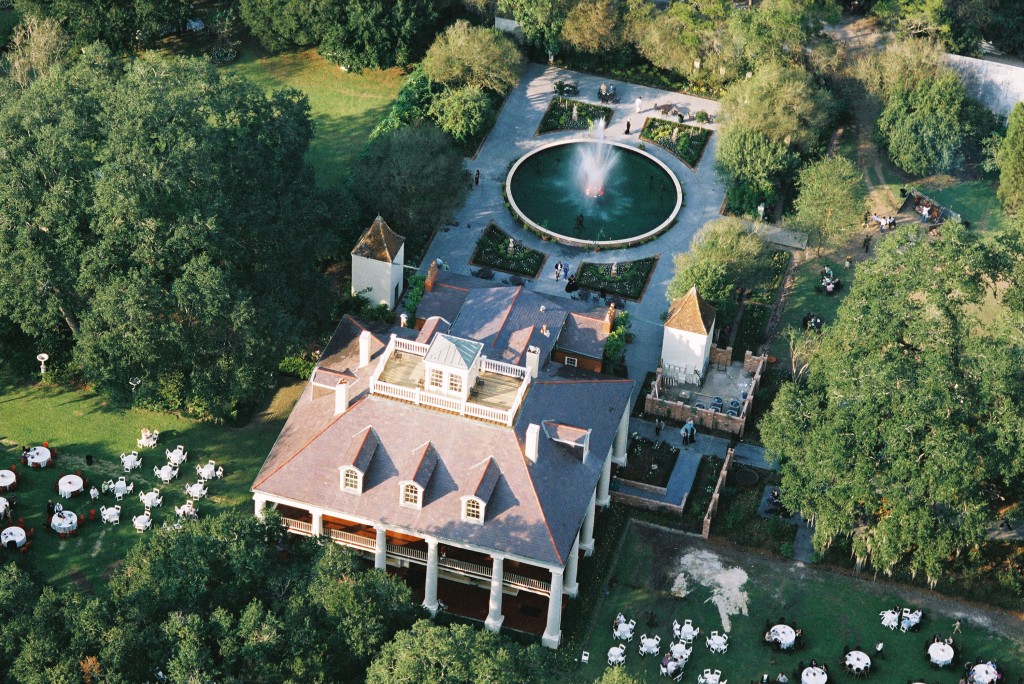 Late on a Monday morning, I climbed into a limousine laden with Veuve, poured myself a glass of bubbly, slunk down in the back seat and nursed my hangover from the night before as I made my way to Houmas House. It wasn’t a stately old carriage, but somehow it just seemed appropriate to arrive at one of the greatest plantations in the history of the so-called Deep South in its contemporary equivalent. After winding along a series of narrow-ish roads Houmas House appeared on the horizon with an imposing sort of grandeur that just can’t quite be replicated these days.

During its heyday the stately Greek Revival columned mansion (which sits on 36 acres) was known as the Sugar Palace, because it produced some twenty million pounds of sugar per year. The great wealth it produced back then is still evident even today. I’ve seen larger estates (Candy Spelling) for sure, but rarely have I seen such simultaneously sturdy and elegant architecture. 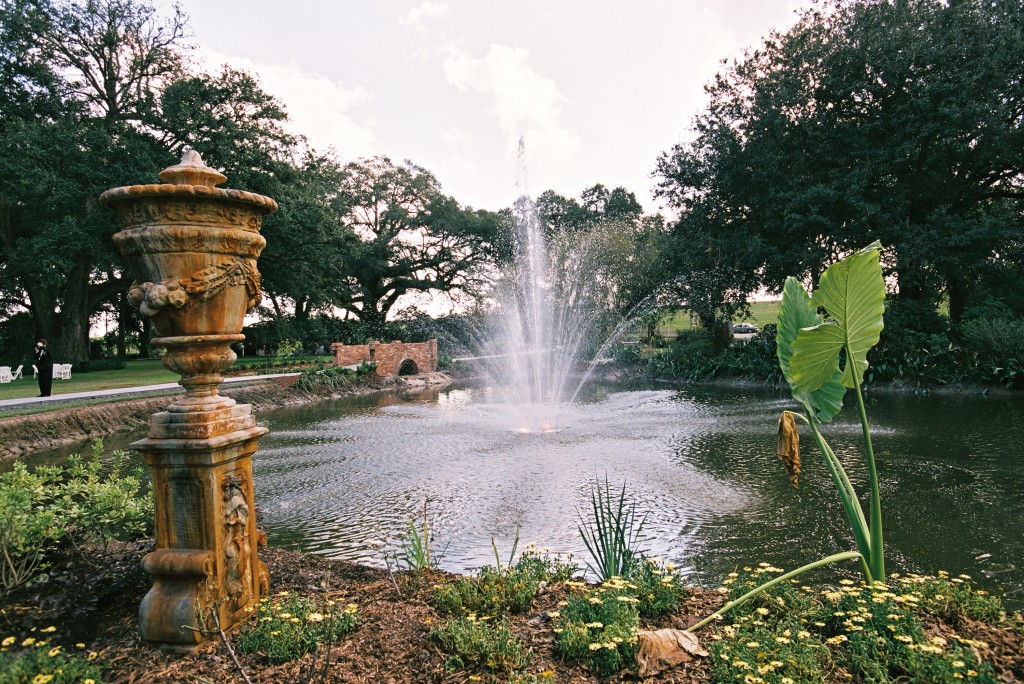 After changing hands several times over the last couple of centuries and undergoing numerous renovations by owners with a sometimes dubious interest in attaching themselves to the vaunted historical legacy of the property, Houmas House was acquired by New Orleans entrepreneur Kevin Kelly in 2003. Since that time the affable and bearded Mr. Kelly has not only made the stately manse his personal home, but he has gone to great lengths to restore the sprawling property to its original grandeur circa 1840 — undoing along the way much of the aesthetic damage done by previous owners. 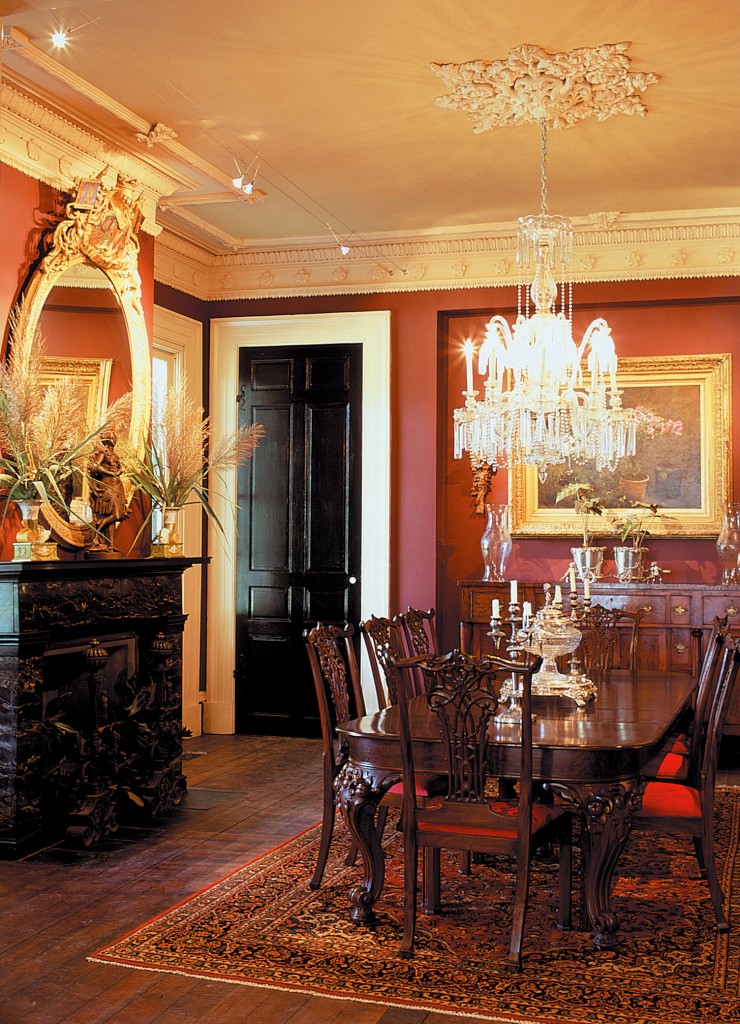 Following a quick stroll through the immaculately maintained gardens and ponds on the plantation, I found myself inside the plantation house which is chock full of all manner of treasures. Though much of the furniture that once graced the rooms of the great house now resides in the Smithsonian, there are a few exquisite pieces that still remain at Houmas House. Among the other prizes on display at the great house are a mantle clock that once belonged to Marie Antoinette as well as one of the few portraits of the late French queen on display outside of a museum. There is also a rare museum quality statue by celebrated sculptor Gutzon Burglom, who you may recall as the man responsible for carving Mount Rushmore, among other natural wonders in the U.S.

Being a lover of classic old films myself, I have to say that I was most excited by the room in Houmas House which housed Bette Davis during the filming of the Oscar-nominated film Hush, Hush Sweet Charlotte.  Ms. Davis’ accommodations have been preserved, right down to the bed she slept in as part of the current Houmas House tour. I do declare, it’s enough to make one want to sweep out onto the veranda and begin speaking in a sing-songy accent while sipping a proper Mint Julep.

Outside of the mansion and the magnificent plantation grounds, both of which now regularly play host to everything from high-profile weddings to corporate events for blue-chip enterprises like Shell Oil, Ferrari and Veuve Clicquot, is the outstanding Latil’s Landing restaurant. Meals are served amid a museum quality collection of art and artifacts in a 230 year-old house, complete with original beamed ceilings, cypress mantels, wood burning fireplaces, and original wood floors.

In and of itself is more than enough reason to justify a visit to Houmas House, the Michelin-worthy restaurant’s menu combines elements of nouvelle, creole and southern cuisine which is served on French Limoges china replicated from the originals of Houmas House, first created for owner Wade Hampton in the 1830′s. Under the direction of rising culinary star and executive chef, Jeremy Langlois, Latil’s Landing has earned all manner of kudos including being  named one of the ‘best new restaurants of 2005’ by the staff at Esquire Magazine. 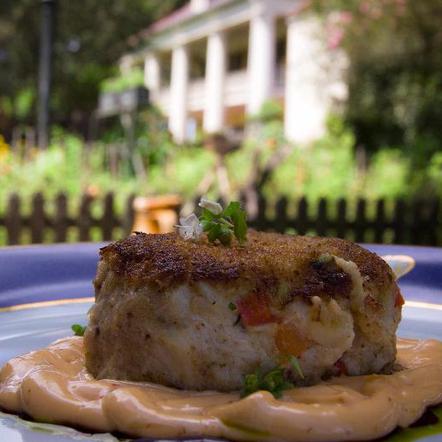 Perhaps the most charming aspect of Houmas House is the lively way in which proprietor Kevin Kelly runs it. The place genuinely feels like a real home because it is precisely that. No ropes or glass separate visitors from the mansion’s invaluable gems and guests can even take a sneak peak at Mr. Kelly’s bedroom and watch his golden retrievers frolic around the grounds. Now if that’s not the very image of the past meeting the present, I don’t know what is.

Find out more at:  www.houmashouse.com